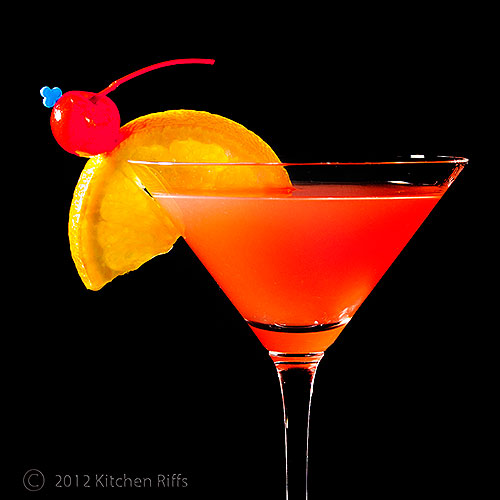 The Perfect Drink to Celebrate (or Mourn) an Election

Here in the US, we have a big election coming up Tuesday, November 6th.  We’ll be voting for President, not to mention other federal, state, and local offices.  Many people are heartily sick of the whole process by this time (turn on the TV in “swing” states and it’s wall-to-wall political commercials).  But we’re all curious to learn the outcome, so many of us will tune in to see the election results.  And some people may even make a party of it.

Mrs. Kitchen Riffs and I certainly will be watching — and may elect to enjoy an adult beverage while consuming the political news.

Well, why not?  Elections and booze have a long, cozy history.  Politicians used to routinely ply treat voters with intoxicating liquid refreshment in order to buy win their votes.  And remember those smoke-filled rooms?  It’s not lemonade they were quaffing in there.

So let me introduce you to the Ward Eight, a cocktail devised to celebrate a 19th century election.  It’s a smooth drink with nice tart undertones, perfect to celebrate your candidate’s win (or mourn his loss). 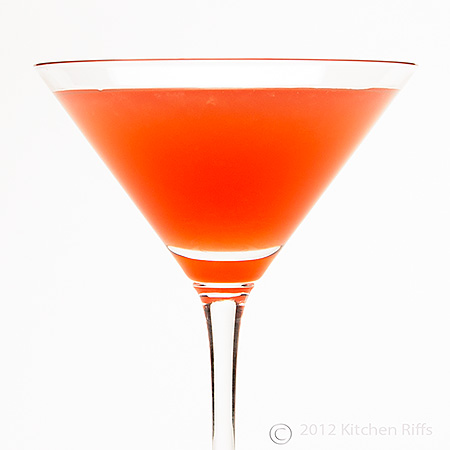 This drink is very similar to the Whisky Sour, and is made almost the same way. Like a Whiskey Sour, it requires whiskey (bourbon or rye) and lemon juice. It differs in that it adds orange juice, and substitutes Grenadine for Simple Syrup. This drink is almost always served “up” (chilled and in a cocktail glass, without ice), though it can also be served on the rocks.

Virtually every recipe for this drink uses the same set of ingredients, though the amounts may vary (especially the lemon and orange juice). I like David Wondrich’s version, but I’ll list some alternates in the Notes.

This recipe takes 5 minutes to prepare, and serves one. 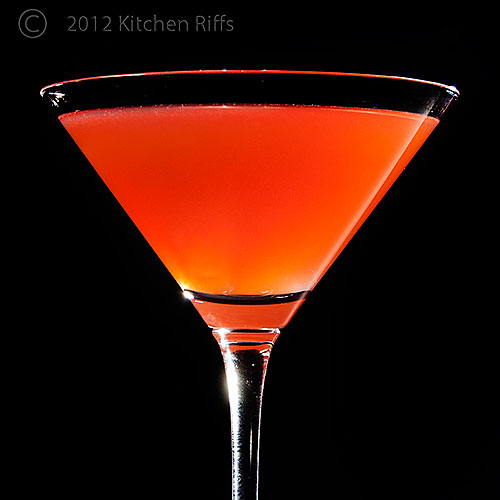 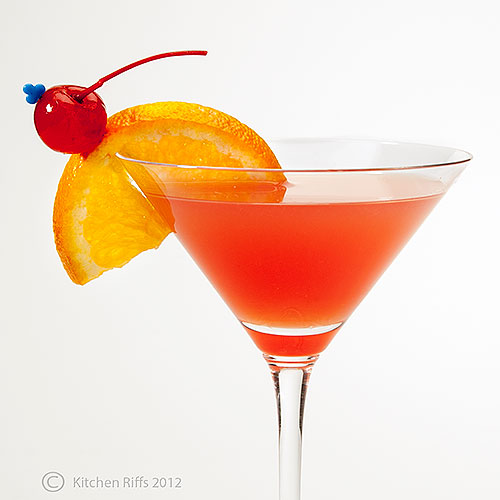 The history of this drink is a bit murky (as is the case with many cocktails) — and it probably reflects some tall tales.  Tall tales and politics?  Go figure!

At any rate, the standard story says that this drink was created at Boston’s Locke-Ober’s restaurant in 1898 to celebrate the election victory of Martin Lomasney (a/k/a the Boston Mahatma, a/k/a Czar of Ward 8), who was seeking a seat in the Massachusetts state legislature.  Lomasney was the local political machine’s power broker in Ward 8 (at Boston’s South End).  Good machine politician that he was, his held his victory party the night before the election.  You know, because all the political bigwigs just knew that people would vote the “right” way!

But of course, Lomasney’s story wasn’t the first to combine politics and booze.  In 19th century Britain, “vote buying” was common.  Sometimes this meant giving voters cash, but more often it involved treating them to food and strong drink.  Pub owners loved election season because they always enjoyed a windfall, courtesy of free-spending parliamentary candidates.  Sometimes, a candidate’s entire “campaign” involved nothing more than buying voters copious amounts of alcohol.

A similar pattern occurred here in the US.  In George Washington’s first bid for elected office — he ran for Virginia’s House of Burgesses in 1757 — he won only 40 votes out of 581 cast in a three-way race, in part because local tavern owners urged their patrons to vote against him (he supported some measures that interfered with their business).  Washington learned his lesson.  When he ran for office again the next year, he generously treated voters to strong punch (presumably purchased from those same tavern owners) — and won easily.

Eventually, elections became so boozy that many states enacted “blue laws” prohibiting the sale of alcohol during the hours that polls were open.  Which meant that citizens may have become more clear-headed about choosing whom to vote for.  But the laws did nothing to improve the caliber of the candidates.  Sometimes it seems like a race to the bottom, doesn’t it?

So this Tuesday, treat yourself to a Ward 8.  If your candidate loses, you’ll need the consolation.

And if your candidate wins?  Well, you might want to drink two Ward Eights.  Because, politics being what it is, you may need the consolation even more.