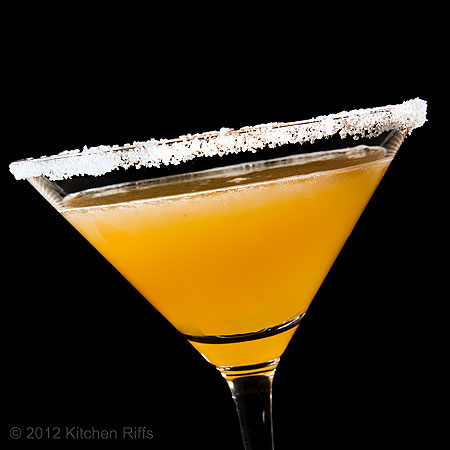 Warning:   This May Become Your Favorite Drink

The Sidecar is a velvety smooth, cognac-fueled elixir that features both sweet and sour notes.  Every time I have one, I wonder why I don’t drink it more often.  In fact, it may be my “desert island cocktail” – the drink I’d choose if I could have only one.

As is the case with many cocktails, the origins of the Sidecar are somewhat mysterious.  Legend says the drink was invented in Paris during the 1920s.  Some claim it was formulated in a small bistro.  Others say Harry’s New York Bar.  Still others say it originated at the bar of the Ritz Hotel.  Reportedly, the inventor of the cocktail was an American Army officer — and the drink was named after the motorcycle sidecar he rode in during quaffing expeditions.

But once you taste this fabulous drink, you won’t care where or how it originated. 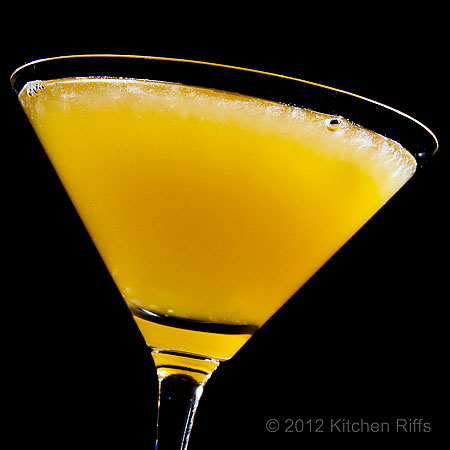 The Sidecar is simplicity itself:  Just mix fresh lemon juice, Cointreau, and cognac (or brandy).  Shake with ice, and serve in a cocktail glass.  If you want to be traditional, you can sugar the rim of the glass.  Or garnish with a lemon twist or orange slice.

As with any drink that contains both sour (in this case, lemon) and sweet (Cointreau), getting the balance right is a matter of individual taste (more about this in the Notes).  But to start, I would suggest one of the following ratios: either equal parts of lemon juice, Cointreau, and cognac; or 2 parts of cognac, and 1 part each of lemon juice and Cointreau.

This recipe makes one drink.

Ingredients
Preparation and Serving
Why Shake? 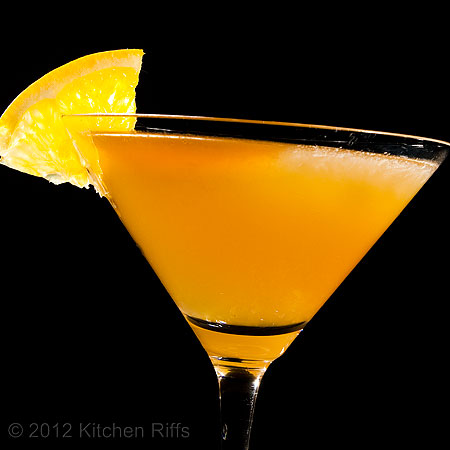 The theme of this blog is “Season to Taste .  . . Cook Until Done.”  Which means, prepare food and drink the way you like them.

Nothing illustrates the importance of this concept better than balancing sweet and sour flavors in a cocktail.  In the Notes, I described recipes from five eminent mixologists — all of whom prefer different ratios of ingredients for the Sidecar.  When you find a balance that works just right for you, this drink can be sublime.  But one person’s sublime can be another’s “So what?”

Fortunately, none of this is rocket science.  So just mix a drink (or prepare a dish), taste it, and adjust next time if necessary.

“And you always feel compelled to consume the errors?” she asked.

“Waste not, want not,” I replied, raising my glass. 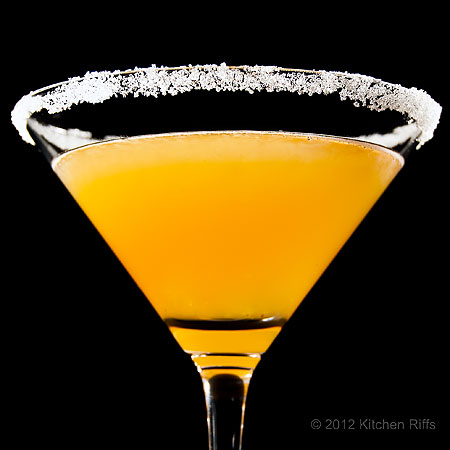 This drink alone is why I keep a bottle of Cointreau in the house.

Hi Jamie, it's really a terrific drink. And it's also the reason why I started buying Cointreau (although the Pegu Club and Mai Tai are two more good reasons to have Cointreau on hand!). Thanks for your comment.

Very interesting. I do believe it is happy hour.

Hi Abbe, happy hour sounds like a terrific idea! Thanks for stopping by.

Thank you for reminding me of how great this cocktail is! I love it, but don't drink it nearly enough. Your rendition looks fabulous.

Hi Katherine, it's a great drink, isn't it? Thanks for the compliment - and the comment!

Love this! I've been trying to post a sidecar on my blog for weeks but I can't get a great photo of it. Your photos are gorgeous. I don't know why but I'm really having a thing for classic cocktails lately. I use St. Remy, too but I cheat with Triple Sec ;)

Hi Julie, classic cocktails are great, aren't they? Alas, cocktails can be hard to photograph! The unwanted reflections on the glass are what drive me crazy - I use a lot of black foam core to block unwanted light. Thanks for the kind words and the comment.

Burma was a tough neighborhood back then. The Brits faced this:

"A Snider squibbed in the jungle -
Somebody laughed and fled,
And the men of the First Shikaris
Picked up their Subaltern dead,
With a big blue mark in his forehead
And the back blown out of his head."

No wonder they needed a real drink now and again.

Hi Robert, I love Kipling! And that's such a great poem you just quoted. (Although I wonder if you meant this reply for my post on the Pegu Club Cocktail - for those that don't don't, the Pegu Club was the name of a British Military Club for Officers in Burma.) Anyway, thanks for the comment.

I had to sneak back to your archives and I am glad I did. Love the drink! I will have one with the sugar on the rim and lemon. Your photography is great!

Hi Judy, I'm always happy to have you rummage around in the archives! This is a great drink, definitely in my top 5. Thanks for the kind words, and the comment.

I knew the sidecar was an easy drink to make, and this just makes me more determined to make it at home - and more annoyed than ever that the last two bar/restaurants I went to couldn't make it for me!

Hi Deborah, too many bars and restaurants don't have fresh fruit at the bar. And without freshly squeezed lemon juice, this cocktail isn't worth drinking IMO. Otherwise? It's one of my two favorite cocktails! And fortunately it's quite easy to make at home. It's worth the effort, trust me. ;-) Thanks for the comment.

I love your posts. Because of them, I have ventured away from my wine-only path. The sidecar is my favorite! With bars now tauting their craft cocktails, I have been doing much experimenting. But every sidecar I have ordered has been way too sweet, so I have been making them at home. Last night, craving one, I had no lemons left - but many many limes. I used them instead and was mightily surprised how much I liked the result! Have you tried a sidecar with limes? Thanks for all of your posts!

Hi Unknown, glad you're enjoying the blog! Haven't tried limes in this drink -- interesting idea. I'll give it a try sometime. Thanks for the comment.