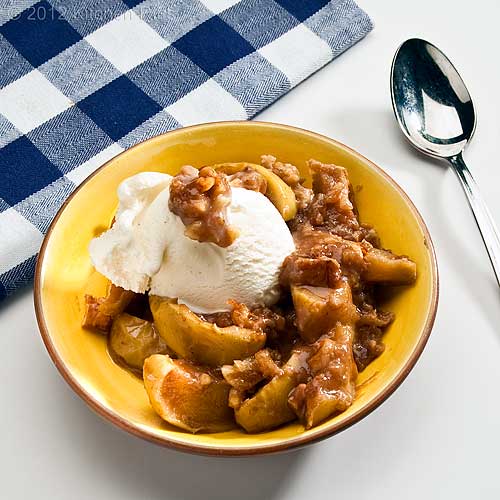 This Flavor-Enhanced Fall Classic Will Tickle Your Tongue

Here in the US, we’re now a week into autumn.  And I’ve been noticing some seasonal changes.  The weather is starting to turn cool.  Apples (many locally grown) are piling up in neighborhood produce departments.  And the abundant harvest is fueling an urge to make (and eat!) baked goods.

Mrs Kitchen Riffs has been spending lots of time in the kitchen lately — flour dotting the tip of her nose — baking up one scrumptious treat after another.  This week, she’s making good use of all the apples we’ve been buying.  And why not?  They’re fresh, tasty, and nutritious.  And there are so many things you can make with them.  Like this Walnut Apple Crisp, a jazzier version of the traditional dish we all know and love.

It makes a great dessert, one you’ll want to serve to company.  And the leftovers (as if you’ll have any) would be terrific for a weekend breakfast. 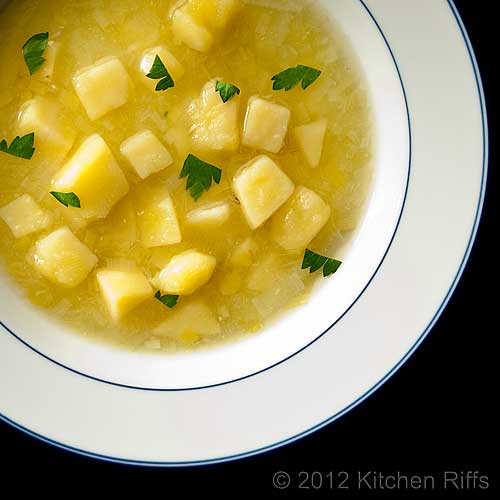 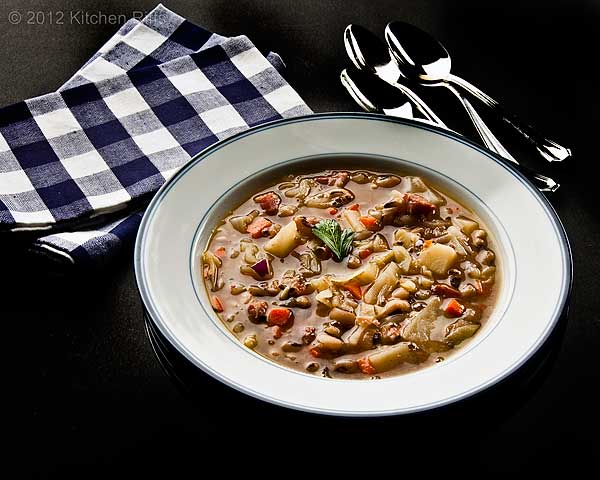 Spicy Potatoes with Ginger and Garlic 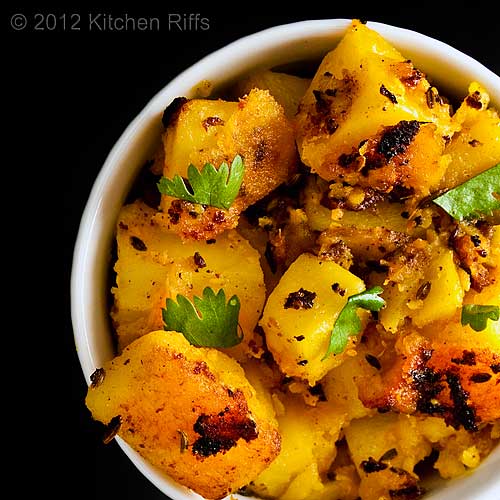 Of all the world’s cuisines, India’s may have the most numerous and flavorful recipes for potatoes.  Today’s dish is a good example:  It’s rich with ginger, garlic, and spices.

Although these potatoes go well in a traditional Indian meal, they are equally at home when nestled up to a roast.  They have just enough spice and flavor to make you sit up and take notice, but not so much that they’ll dominate the entire meal.

They may dominate the dinnertime conversation, though, as your guests exclaim over their terrific flavor. 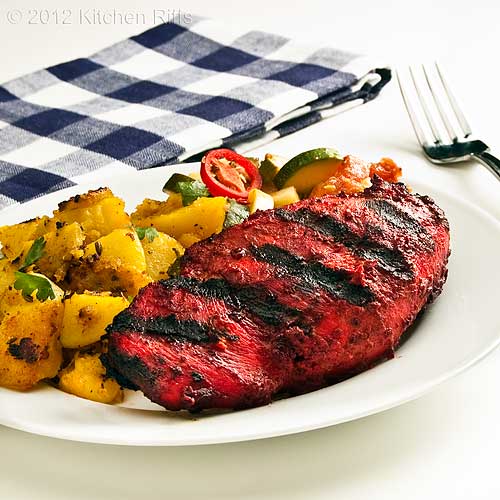 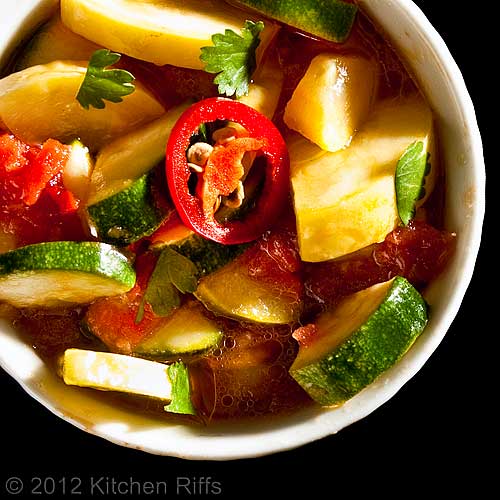 Good-quality zucchini and yellow squash are available in markets year round, but we can buy extra-flavorful locally grown varieties during the warm weather months.  I’m still seeing high-quality specimens at my markets in St Louis.  And even though I’ve used both types of squash in various recipes at least a dozen times this spring and summer, I can never get enough of them.

But I’m ready for a new flavor twist.

Like this easy and tasty creation.  It would make a great side dish for any Indian meal.  But because it isn’t over-spiced, you can also serve it alongside roast or grilled fish, chicken, or meat.

It’s simple to prepare.  Or you can make it ahead and reheat when you’re ready to serve.

What a great way to eat your vegetables!

Email ThisBlogThis!Share to TwitterShare to FacebookShare to Pinterest
Links to this post
Labels: Indian, Side Dish, Summer Squash, Zucchini 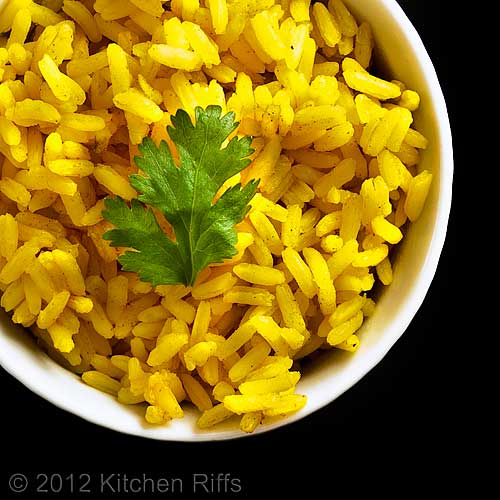 Email ThisBlogThis!Share to TwitterShare to FacebookShare to Pinterest
Links to this post
Labels: Indian, Rice, Side Dish 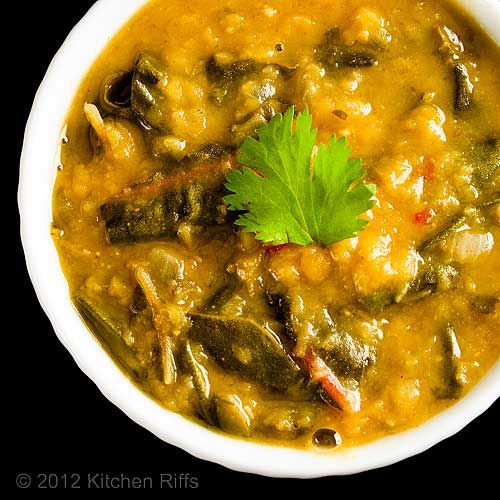 Email ThisBlogThis!Share to TwitterShare to FacebookShare to Pinterest
Links to this post
Labels: Indian, Legumes, Lentils, Side Dish 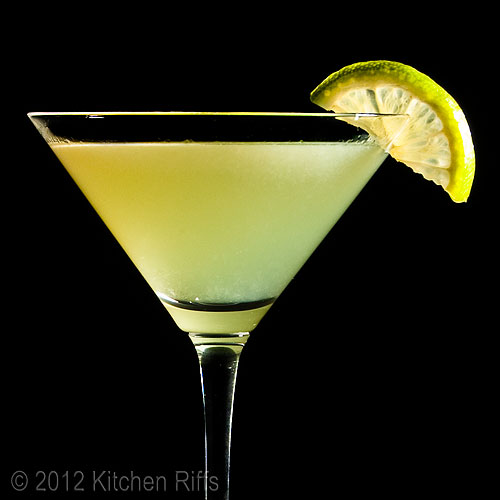 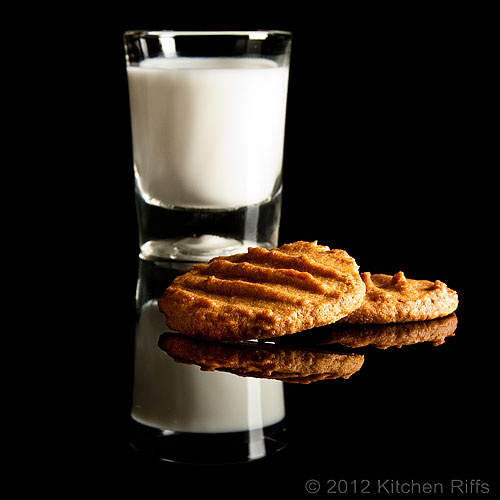 In the US, tomorrow is Labor Day — which means the school year has arrived.  So it’s time to start planning lunches and thinking about after-school treats.

Most kids love peanut butter (although a few are allergic; see Notes for more info).  And because PB has so much flavor on its own, this is one cookie you don’t have to over-sweeten.  So, while peanut butter cookies can’t claim to be a health food, they are actually one of the more nutritious treats you can provide.  And homemade is tons better than anything you can buy in a store.

How about the adults in your household?  Well, let’s just say that peanut butter cookies bring out the kid in them.