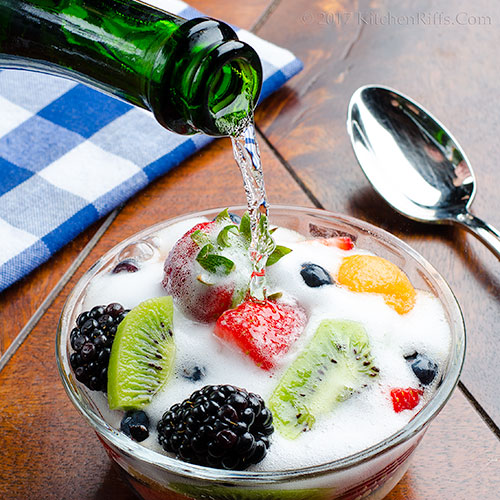 Berries, melons, stone fruit, and more. They’re all reaching peak flavor in our part of the world.

So how about using them in a gorgeous dessert? This fruit salad is quick enough for a weeknight dinner, but elegant enough for the fanciest party. (You can even replace the champagne with sparkling cider if you want a nonalcoholic version).

You’ll have plenty of bubbly left over, too, so you can pour everyone a glass to accompany dessert.

Your guests will love the great fresh flavor of this salad. Not to mention the bubbles. 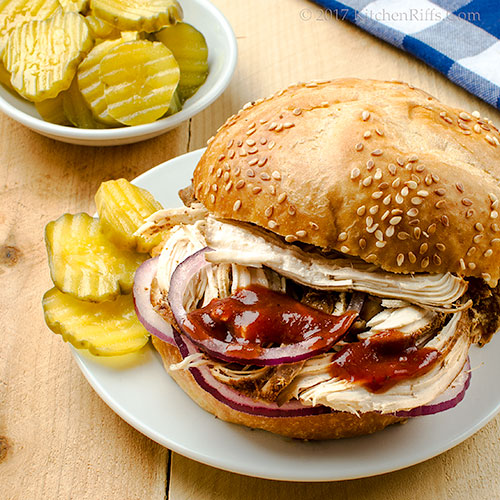 Here in the US, we’ll be celebrating Memorial Day this weekend. And that means the start of cookout season.

Problem is, the weather forecast says rain in our area. Bummer.

Fortunately, we have the perfect dish for days when the weather gods refuse to cooperate. This slow-cooker BBQ pulled chicken tastes like you cooked it long and slow over an outdoor smoker. But you never need to leave the house.

Most of the cooking is unattended, too, giving you time to do other things. Like chat with your guests over a cocktail. Or two. 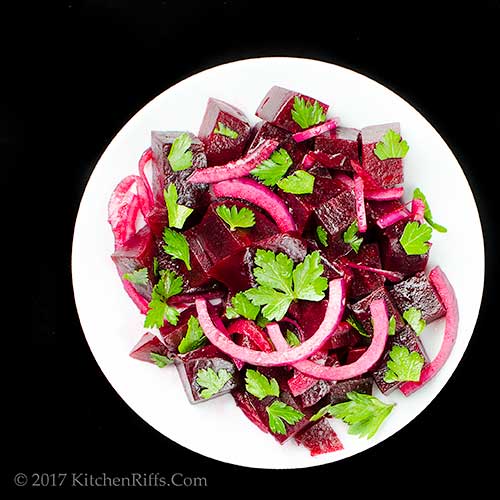 Refreshing and lively, this is the perfect summer starter

As the weather grows warmer, we need something to tease our appetites. Something like this simple-to-make (and delightful-to-eat) summer salad.

It’s got great color, and better flavor. And it’s a wonderful way to use all the locally grown beets that show up in markets this time of year.

Cucumber and Smoked-Salmon Salad with Feta 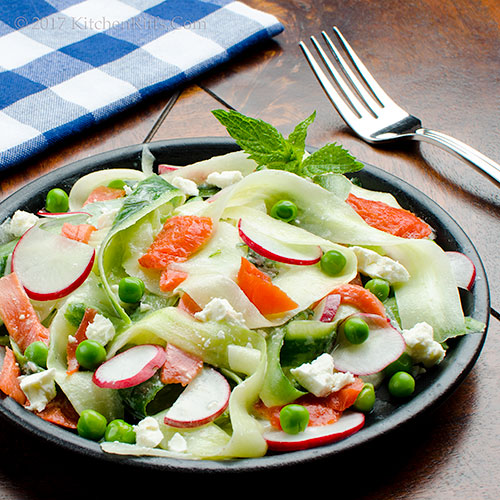 Serve this tangy dish as starter or main

Cucumbers and smoked salmon, tossed with creamy feta cheese dressing. What’s not to like? Especially when you add green peas for color and radishes for perk.

Serve this dish of scrumptiousness as a starter. Or spoon up extra-large portions for a light main course.

This salad is quick to make, so it’s ideal for weeknight dinner. But it’s also fancy enough to serve at your next dinner party. 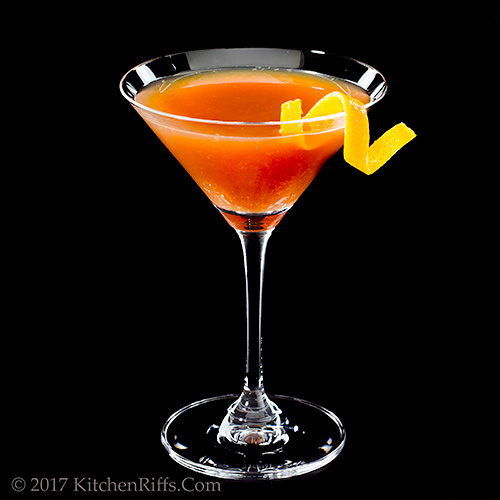