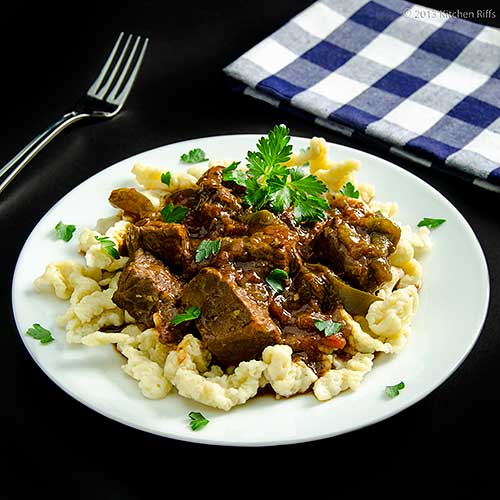 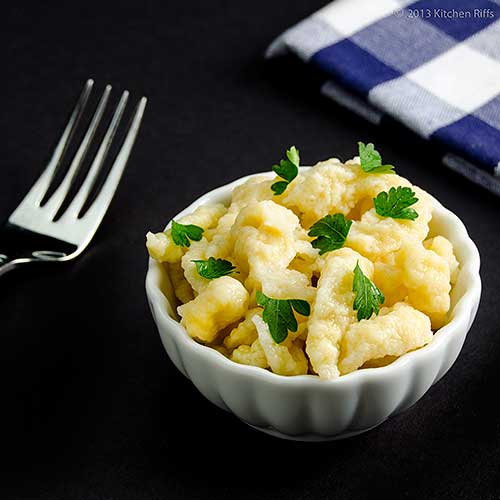 Spätzle is a dumpling made from flour, eggs, and a liquid (such as milk, or sometimes water).  The name is Swabian (High) German, and translates as ”little sparrow” (someone must have thought the shape looked sparrow like). You can find virtually the same dumpling throughout Central Europe, although it may be called by a different name. For example, in Hungary it’s Galuska. In Switzerland, Chnöpfli or Knöpfle.

These plump little dumplings combine perfectly with hearty stews. Or you can serve them as a starch to accompany meat or seafood. They’re easy to make, and you can prepare them ahead of time (just reheat with a quick simmer or sauté right before serving). So they’re perfect for company, since they require no complicated last-minute preparation.

And the flavor of spätzle is satisfying and comforting. Just like the adulation you’ll get for making these little gems. 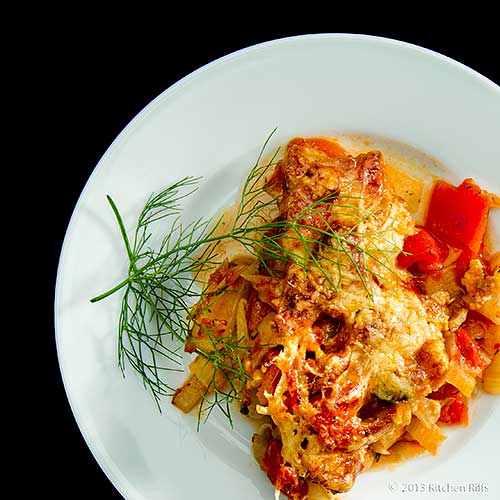 When I think about the flavors of Provence, I think of sweet tomatoes, fragrant herbs, and salty olives.  Oh, there are plenty of other Provençal foods, too.  But for me, these three ingredients conjure the essence of southeastern France.

Fennel is also popular in Provence.  That isn’t surprising, since it plays so nicely with tomatoes and olives.  And the longer you cook it, the sweeter and mellower it becomes.  So it’s a no brainer to combine all these ingredients in a gratin.  Topped with flavorful cheese, they make a great sidekick for roast or grilled meat, chicken, or seafood.

This flexible dish is ideal for busy schedules.  You can make it partially ahead.  Plus, it tastes equally good hot from the oven or cooled to room temperature, so no split-second timing is required.

And the flavor?  Well, you’ll think you’re in the south of France.  Without having to buy a plane ticket.

Pasta with Shrimp and Fennel 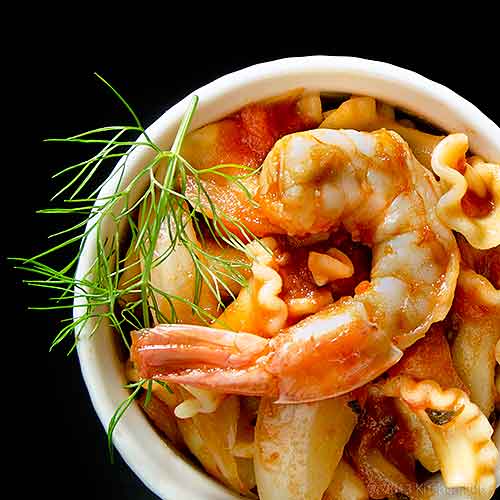 Lots of us eat more fish this time of year.  Some are still following New Year’s resolutions to eat healthier.  And what’s healthier than fish and seafood?  For others, Lent means fish or seafood every Friday at a minimum, so new recipes are always welcome.   And some of us just crave the taste.

Shrimp is a favorite of most seafood lovers.  Almost everyone likes its briny tang.  But in much of the US, it’s still cold, so we’re also craving hearty dishes.  Like a big, warm plate of pasta — which just happens to pair wonderfully with shrimp.

So why not combine the two in a spicy tomato sauce?  Then add some fennel (a perfect winter veggie) for extra credit.  The result?  A welcoming cold-weather dish with flavor that won’t quit. 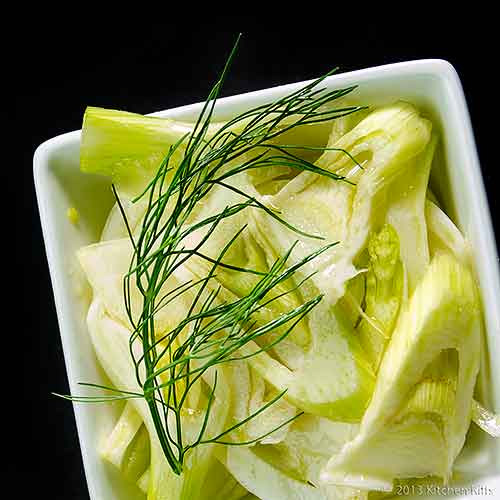 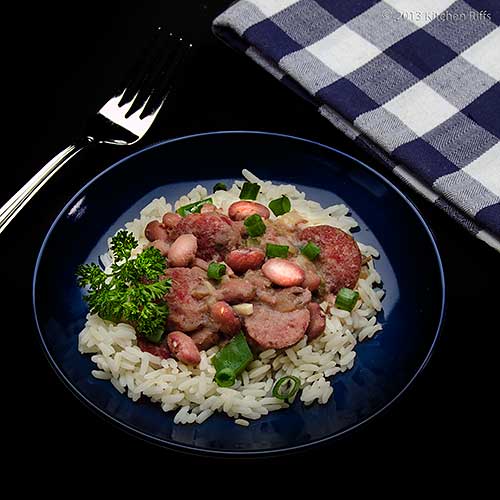 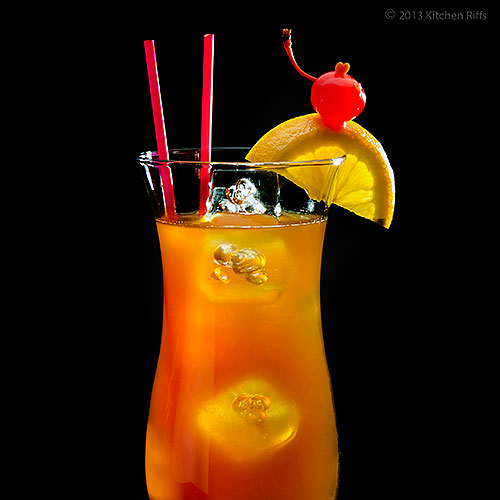 When people think of New Orleans cocktails, two drinks usually spring to mind: the Sazerac and the Hurricane. The Sazerac is the city’s official cocktail, but the Hurricane is probably more popular today in the Big Easy. In large part, that’s because it’s the signature cocktail of Pat O’Brien’s Bar, a well-known tourist hangout in the French Quarter.

Pat O’Brien may not have created the Hurricane (which probably originated at the Hurricane Bar in New York City in 1939). But O’Brien certainly put the drink on the map.

Funny thing, though: the drink that’s typically made today at O’Brien’s (and most places) isn’t the original recipe. Most bars serve a Hurricane that is a bright, fluorescent red — while the original had a more subdued, orangish hue. Sadly, today’s version isn’t as tasty as the original, either.

But no worries! The recipe for the original drink is still available. I’ll include both versions here, and let you to decide which one you prefer. 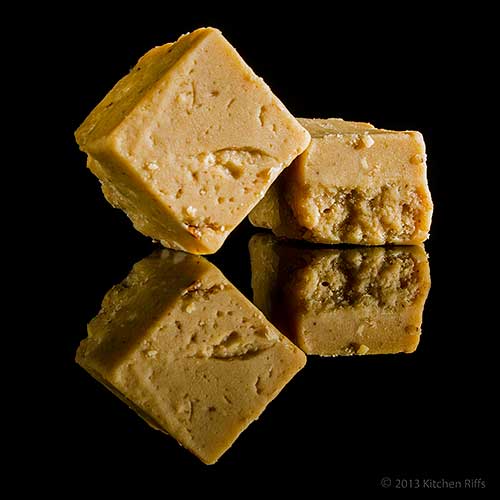