The Smith and Curran Cocktail 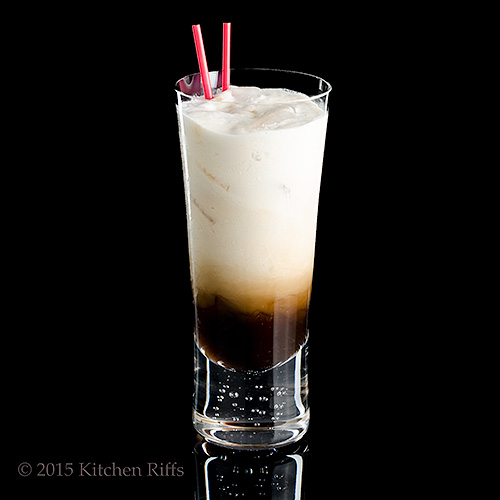 AKA Smith and Kearns, this tastes like a boozy chocolate egg cream

But its proper name is the Smith and Curran. That’s because it was named after two oilmen, Wendell Smith and James Curran. Over the years, people apparently misheard “Curran” as “Kearns.” Hence the differing names.  But no matter what you call it, this is a great drink.

More cocktail history later.  Right now, let’s learn how to make one of these lovelies. 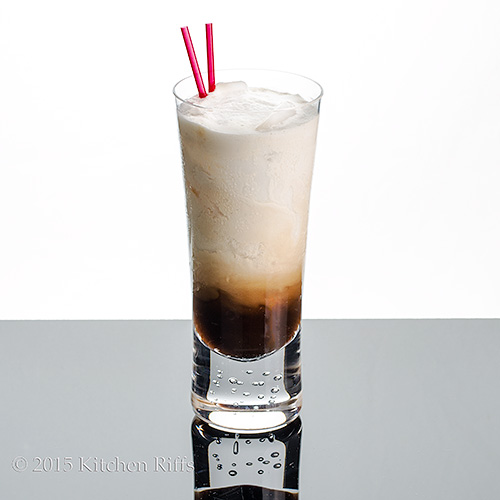 Recipe: The Smith and Curran Cocktail

This drink combines crème de cacao with cream (or half-and-half, which is known as “half cream” in the UK) and a bit of soda water. Crème de cacao comes in white (clear) and dark (brown) versions. They taste much the same, so you can use either one. We think this cocktail looks better when made with dark crème de cacao, so that’s what we use.

Many recipes substitute a coffee liqueur (like Kahlua) for crème de cacao. That’s not the original recipe, but it’s a might tasty variation. So substitute away, if that’s your preference.

BTW, this isn’t a particularly “strong” drink. Crème de cacao typically has an alcohol content of about 50 proof, and Kahlua about 40 proof. So you’re not going to get tipsy on one or two of these.

We first learned about this drink (and its history) from an Eric Felten article in the September 23, 2006 Wall Street Journal. We like Felten’s recipe, and haven’t changed a thing.

This is a drink that we “build” in the glass rather than mix in a shaker (see Notes). 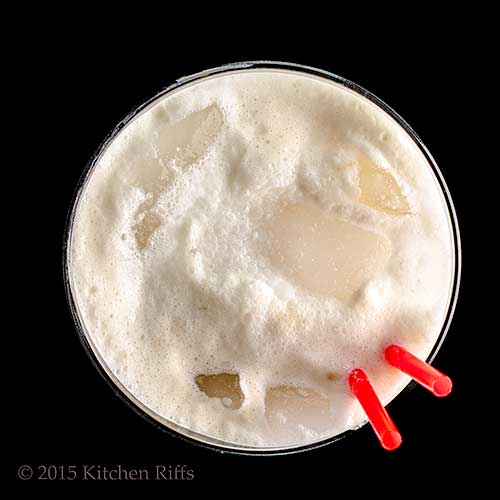 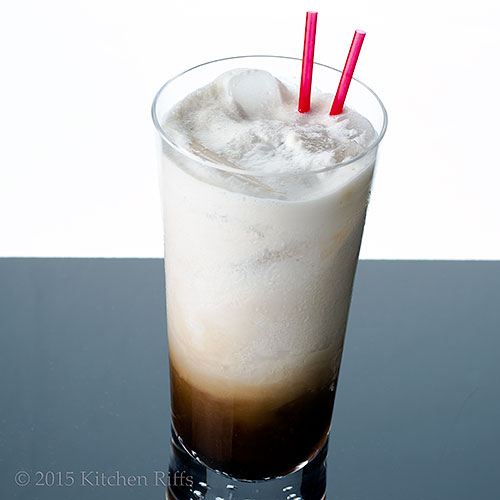 “Sure beats Ovaltine,” I said.

“And perfect for starting the new year, especially with oil prices below $50 a barrel,” said Mrs K R.

“Though the oil men who made this drink popular may not be too pleased,” I added.

“Well, they can drink this to console themselves,” said Mrs K R.

You may also enjoy reading about:
Milk Punch Cocktail
Eggnog
Brandy Alexander
Grasshopper Cocktail
Twentieth Century Cocktail
Cocktail Basics
Or check out the index for more
Posted by Kitchen Riffs at 9:15 AM