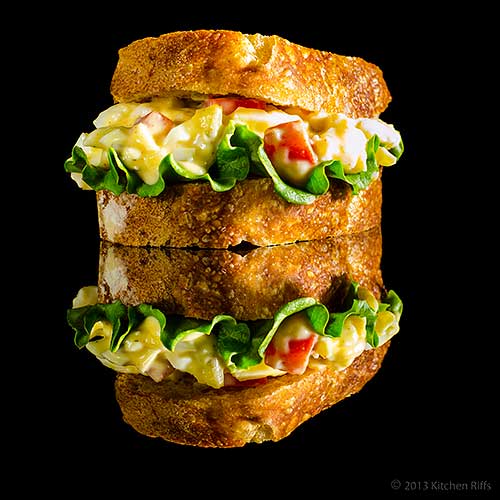 What to do with extra hard-boiled eggs?  That’s a question many of us are asking ourselves this time of the year, when we have loads of leftover dyed eggs from Easter.  Luckily, I have the perfect recipe:  Egg Salad.  Especially in a sandwich.

If you haven’t made Egg Salad for a while, this week might be the perfect time.  What do you have to lose?  Nothing — except all those leftover Easter eggs!

Kitchen Riffs Burns Down the Kitchen!

That’s right, I’m Kim’s featured victim interviewee on her Burning Down the Kitchen series at Cravings of a Lunatic.

If you don’t know Kim’s blog, you’ll enjoy it. She has a zany sense of humor that comes through in each and every blog post. Kim is also the “Turtle Queen” of the internet. Seriously, she has a massive addiction to anything turtle, and has put up more turtle recipes than I can count. Of course, I only have 10 fingers and 10 toes — but I know it’s way more than that!

Anyway, I’m honored that Kim chose to interview me for this week’s Burning Down the Kitchen. You can check it out right here. And find out which of my recipes Kim decided to prepare, and whether I responded to the “dare” she challenged me with! 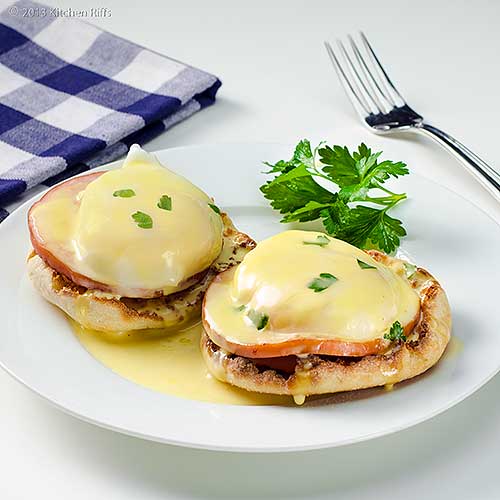 Perfect for Easter Brunch — or Any Special Occasion

People love Eggs Benedict for brunch — especially at festive occasions.  And why not?  The dish offers a terrific combination of flavors and textures:  Toasted English muffin topped with sautéed Canadian bacon, which in turn is topped by poached egg.  All of which receives a glorious blanket of Hollandaise sauce.

It’s a rich dish, so most us don’t eat it too often.  But it’s perfect for special days — like Easter.  Which, if you haven’t noticed, is on tap for this Sunday, March 31.  It would also be perfect for Mother’s Day (Sunday, May 12).  Or for any holiday, really.

It tends to be a “restaurant only” dish for many people.  I’ll bet the majority of us rarely (heck, never) make Eggs Benedict at home.  And that’s understandable — there are aspects to this recipe that give many cooks pause.  To begin with, it requires poaching eggs (which lots of people assume to be difficult).  And it requires Hollandaise sauce — something that even quite experienced cooks may find challenging.

But if you break the dish down into segments, it’s not really that hard.  Glance at my recipes for Poached Eggs and Hollandaise Sauce, and you’ll see that both are quite doable. The biggest challenge with Eggs Benedict is juggling several different tasks at the same time. But I have a strategy for coping with that (it includes making the poached eggs ahead of time).

So for some special occasion soon, maybe you should step outside your comfort zone and tackle Eggs Benedict. People will start applauding when they hear you’re even considering it. And when you actually serve your Eggs Benny? Expect overwhelming adulation — with a side of adoration. 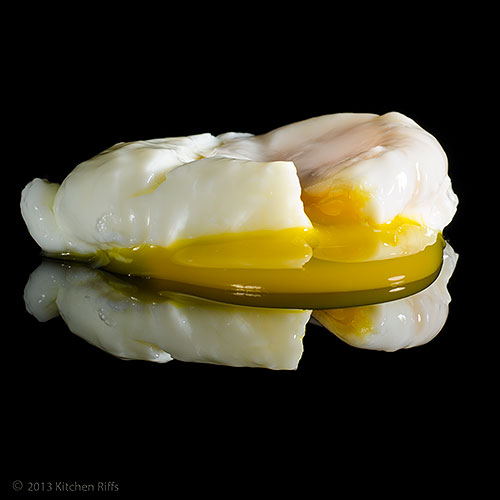 Making Them is a Lot Less Scary Than You Think

How often do you poach eggs?  Rarely?  Never?

Join the club.  Most people think poaching is difficult and fussy, so they never prepare eggs this way at home.  Too bad, because poaching might be the one of the healthiest ways to cook eggs (no added fat).  And poaching is even simpler than hard-boiling — no hot eggs to cool off and peel.  How about flavor?  Glad you asked!  Because poaching may be the best way to showcase an egg’s natural tastiness.

Poached eggs are great breakfast fare.  They’re also wonderful as a garnish on salad (and a necessity for the classic Salade Frisée).  And if poached eggs didn’t exist, we’d have to invent them just so we could make Eggs Benedict.

By learning just a few simple steps, you can become a poach meister.

Then the next time you’re preparing eggs for brunch, be sure to ask how people want them cooked.  Some wiseacre (you know the one) will say he wants his poached.  You can just smile and say, “Of course.”  It’ll probably ruin his day. 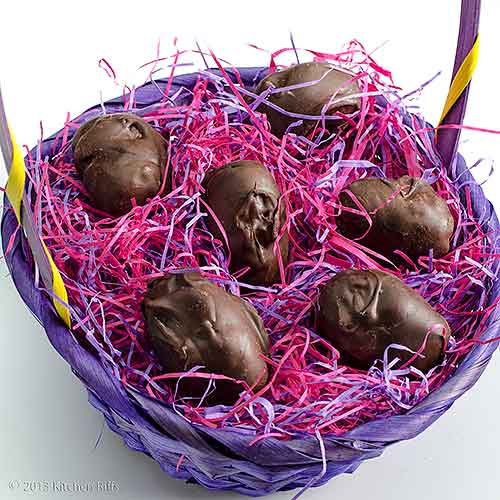 These Fresh-Tasting Chocolate-Covered Delights are Easy to Make

We won’t be visiting the candy aisle, though.  Instead, we’ll be whipping them up at home.

And they’re easy!  If you can make buttercream cake icing, you’ll find it a snap to mix the filling for these candies.  And your friendly microwave can melt the chocolate for a rich coating in a just few minutes.

Best of all?  No weird chemical preservatives.

Your own homemade Buttercream Candy Easter Eggs might not have the year-long shelf life of the commercial ones.  But you’ll find their fresh taste to be more intense — and just all around better.  Besides, who keeps these things around the house for months, anyway?  They’ll be gone within a week, tops.

Or maybe the same day you make them (I’m just sayin’). 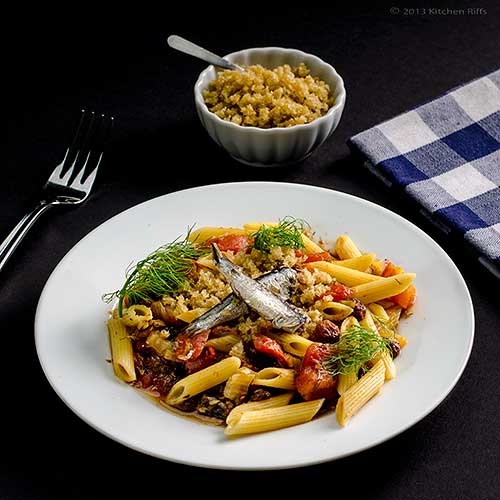 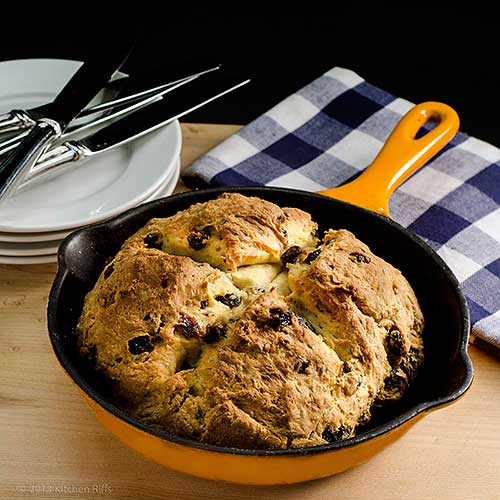 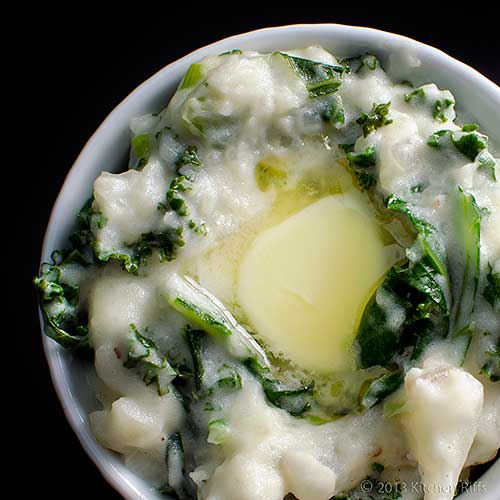 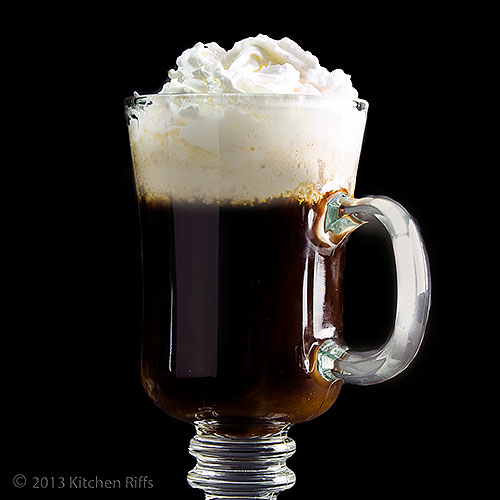 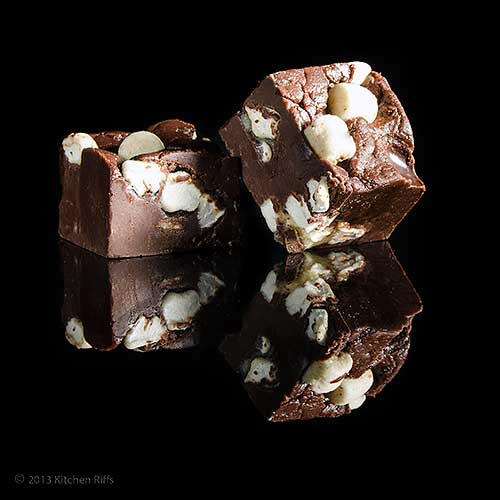 Making fudge in the microwave takes most of the work — and worry — out of the process.

Heating the ingredients until they reach the elusive “soft-ball” stage?  A thing of the past.  Cooling, then stirring (continuously!) until the fudge sets up properly?  No longer an issue.  Great taste that has you coming back for seconds and thirds?  Very definitely!

Microwave fudge delivers superb flavor and texture in less time (and with much less fuss) than traditional stove-top recipes, as discussed in our post on Microwave Peanut Butter Fudge.

But hey, what about chocolate? Isn’t that what most people think when you say “fudge”?

Well, this recipe has you covered. It combines chocolate with Nutella, the European hazelnut spread that has taken the US (and most of the world) by storm. And it adds some mini marshmallows for interest.

Make this fudge and share it, and you may have a new BFFL (or several).