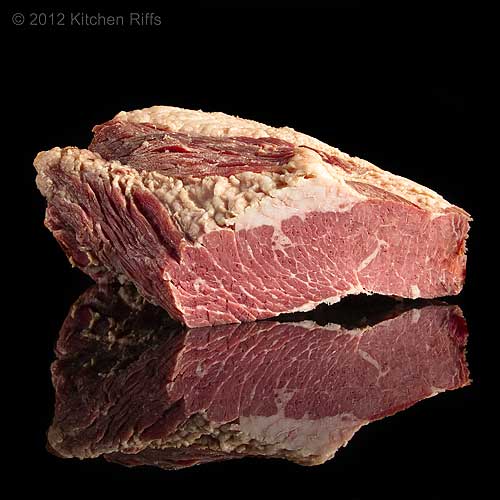 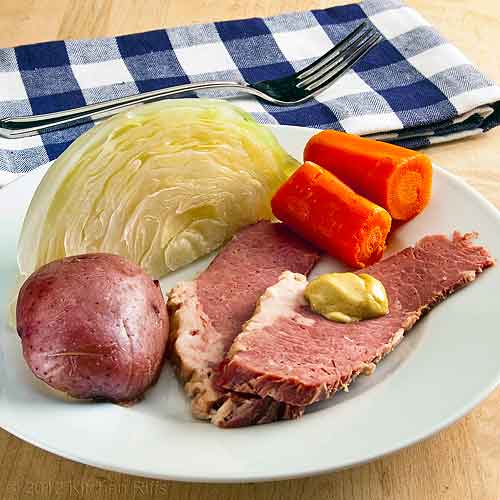 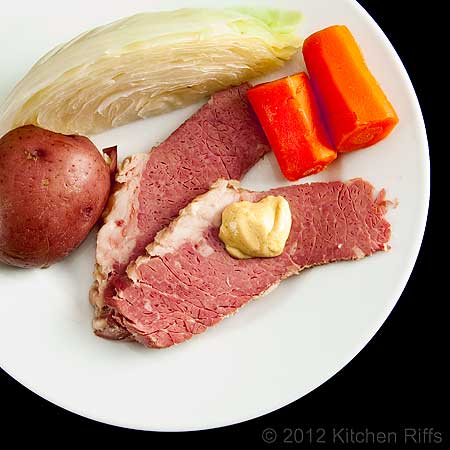 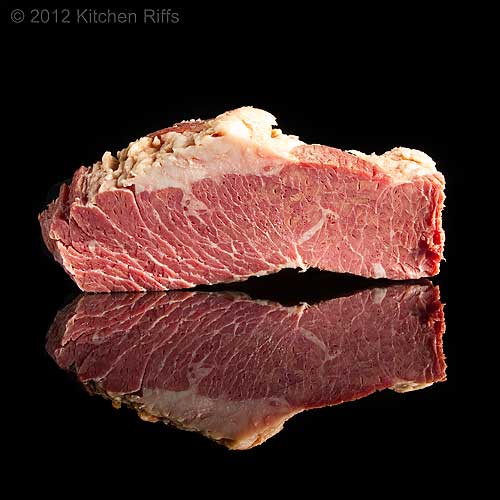 One of life's greatest pleasures is corned beef. Thanks for sharing these great tips ... and for making me a drool a bit this morning!

Hi Kimberly, always happy to make you drool! And I agree that corned beef is wonderful stuff. Thanks for commenting.

I've never had Corned Beef. But I've always wanted to try it. This looks really good!

Hi Chels, it's a tasty dish. And the leftover are great - well worth trying. Thanks for stopping by.

When was the last time I cooked corned beef? That would have to be never! And I agree, the deli counter variety just doesn't do it for me. But this homemade version is calling out to me. I'll have to save it to try one of these days. Thanks for all the wonderful notes and tips as always!

I must admit I've never made corned beef and cabbage. As you say, I love it when I buy it at the deli counter, but I always assumed it would be too much work. You've inspired me to give it a shot! Have a good week. :)

what a gorgeous pictures of the meat's marbling!! so mouth watering!

@Katherine, it's definitely worth cooking your own Corned Beef. The leftovers alone are worth it - so many things you can do with them!

@Mother Rimmy, it's really a pretty simple dish. And the aroma alone is worth it!

@Lannie, that was a fun picture to take! It's easy to get a good picture with a good subject.

@all, thanks for the nice words, and for taking time to comment.

I love corned beef! I haven't had it in so long though. Im definitely making it soon.

The pictures on your blog look absolutely stunning!! I haven't made corned beef in a while but now I am so tempted to make it after seeing your pictures. I like it with some cabbage because I like that sweet taste from the cabbage. Thanks for sharng!

@Russell, I don't know why, but not making Corned Beef is all too easy! Which, I guess, is why I make it only every 3 or 4 years. Stupid me, I'm the loser, it does taste so good. Thanks for your comment.

@Yi, I always so enjoy Corned Beef once I make it again - I'll bet you will too! And I agree - cabbage is absolutely the best accompaniment (I particularly like the carrots too). Thanks for your kind words, and for commenting.

When I was a boy, Mom made this dinner twice yearly, in Fall and Spring. Like you, whenever I make it, I wonder why I don't prepare it more often. It could not be easier to prepare, tastes delicious, and the leftover corned beef can be used in any number of ways. This post has me thinking it's about time I prepare another boiled dinner. Mom would be proud!

Hi John, isn't it odd how sometimes we essentially forget to make really good dishes? I haven't made this since I wrote the post, although the weather did get pretty warm right after that so it wasn't as appealing. But it's not warm now! So I should do this again. Thanks for the comment.