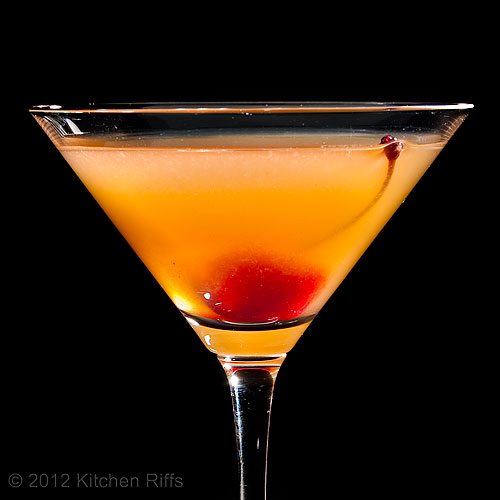 This Lemony Cocktail Once Was America’s Favorite

For over 100 years, the Whiskey Sour was the most popular cocktail in the United States.  It’s easy to understand why.  The drink has great flavor, a lovely bouquet, and looks mighty attractive.

Getting thirsty?  Let’s make one! 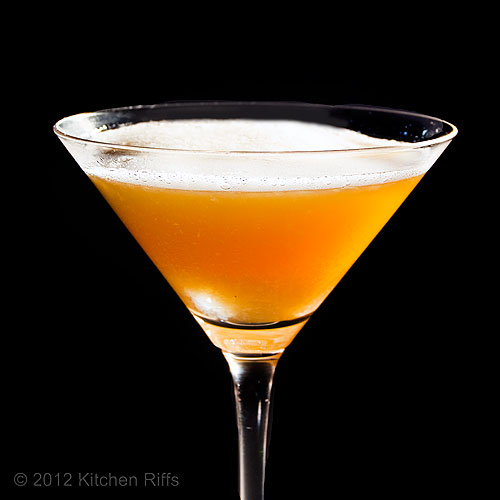 This drink is a snap to make. It’s just whiskey (bourbon, preferably) combined with lemon juice and simple syrup (or sugar), shaken together with ice. You can include a bit of egg white in the drink if you want — it creates an attractive frothy, foamy head on the drink — but few people do these days (and some people call a Whiskey Sour made with egg white a Boston Sour).

The trickiest part of mixing this drink is adjusting the ratio of sour (the lemon) to sweet (the sugar) to get a flavor balance that pleases you. I don’t like drinks that are too sweet, so my recipe reflects that. You might prefer more sugar than I specify. If so, just add it. BTW, this points up one of the advantages of using Simple Syrup (sugar dissolved in water) instead of granular sugar when mixing cocktails: A squirt or two of simple syrup added to the drink sweetens it and dissolves instantly.

I like the ratio of ingredients that David Wondrich published on the Esquire Magazine website, and my recipe is adapted from his. This recipe makes 1 drink.

I always serve this drink in a cocktail glass. But if you have a sour glass on hand (a small glass with a short stem), by all means use that.

Note that the recipe directs you to shake the drink.  There are four reasons for this: 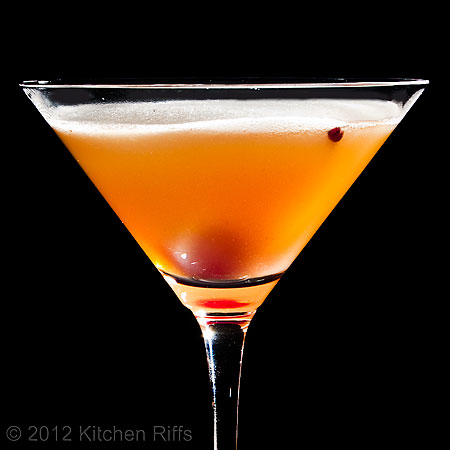 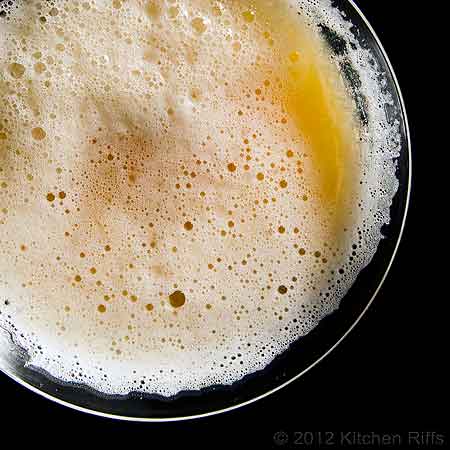 Whiskey is made all over the world, but in many ways it’s the national spirit of the US — rye and bourbon in particular.  It wasn’t always this way, though.  In colonial America, rum was the spirit of choice.  It was imported from the West Indies, where big sugar plantations were established that produced molasses (from which rum typically is made).  It was easy and inexpensive to ship rum to the eastern United States.

But shortly after the Revolutionary War, rum began to fall out of favor.  This was partly due to increased taxes.  Mostly, though, it was because of America’s steady westward expansion.  Rum was too expensive to ship out west (shipping anything overland was very costly, so only necessities traveled that way).

The populace was thirsty, though, and wanted a pick-me-up.  So people began using the crops they grew locally, like grains (usually corn) to make distilled spirits — especially whiskey.

And whiskey (specifically bourbon) remained the most consumed spirit in the US until the last quarter of the 20th century, when vodka replaced it in popularity.

“Just think,” I told Mrs. Kitchen Riffs as we were finishing our Whiskey Sours.  “You’re holding a piece of American history in your hand.”

“Interesting,” she said, sipping the last of her drink.  “We really need to do more for historic preservation.  Save the Sour!”

I think that means we’ll be having another round.

Oh, the whiskey sour ... I do love it so! Haven't had one in years though, but this post is making me crave one ... I think I'll have to remedy that this weekend! Thanks!

Hi Kimberly, tasty drink isn't it? Sorry to lead you into temptation, but enjoy! Thanks for your comment.

Yummy! I don't know if I've ever had a whiskey sour, but it sure looks good! Can't wait to try it!

This is exactly what we need at our book club meeting I am hosting tomorrow. So glad you posted this and saw you on Tastespotting. Gorgeous photo. What kind of lighting do you use?

Hi Geni, I'll bet your book club will love these! For this photo I used flash. Main light was behind the drink at about 1PM with a reflector in the front @ 7PM. I used a bit of overhead fill for this picture - something I usually don't do with drink photos because of reflections, but it worked here. Thanks for the compliment & the comment!

I could use one of these right now. On my way to a wedding weekend in Phoenix. Let the party begin! BTW-I'm really going to have to try bourbon and my fridge still has eggnog in it using your recipe. Thank you!

Hi Abbe @ This is how I cook, have fun at the wedding! Maybe you can order one of these there - but make sure they're not using commercial sour mix (they probably will be) - that stuff is vile. Wow, you still have some eggnog? I would imagine it tastes terrific with some age on it! Thanks for commenting.

Wow, I don't usually show interest in the drinks shown on food sites, but somehow your photo drew me in LOL.

Sounds an intereting coctail and I have all the ingredient too, may just have to try this, thanks.

I am now following you too in the hope of being enthused to try more cocktails. It's now officially your fault if I drink too much LOL!!!!

Hi Debs, drinks are fun to post about, but I usually limit it to about once a month - usually a classic cocktail. But it's a once-a-month I always look forward to. I think you'll enjoy the Whiskey Sour - but don't drink too much! Thanks for your interest, and your comment.

I haven't had a whiskey sour in ages! This original version is so much better than anything containing "sweet and sour mix." Ick. Like you, I also don't like super sweet cocktails so I'm sure your recipe will be perfect for me. Thanks for sharing!

Hi Katherine, I agree - the original made with fresh lemon juice is great. With commercial mix? Pretty pedestrian. If you don't like sweet drinks, my ratio of sugar to lemon juice is probably perfect. If not, it's easy enough to add a bit more sugar (or lemon juice if it's too sweet!). Thanks for your comment.

I absolutely love whiskey sours. However, sometimes if I want to really mix it up, I add ginger beer to the mix.

Hi Anonymous, ginger beer in a Whiskey Sour is new to me. I don't believe I've heard of that - sounds interesting. Thanks for stopping by.