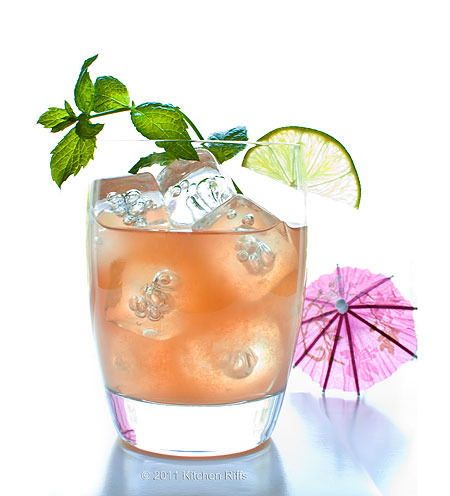 The Mai Tai is perfect as a summer cocktail: sultry, yet cooling and refreshing at the same time.

And to answer the question posed above: Yes, the Mai Tai is the world’s best umbrella drink. No doubt about that.

But I know that many people scorn the whole concept of umbrella drinks — usually because they’ve had bad experiences with versions that are over-the-top frou-frou or so full of fruit they are sickeningly sweet. So, lest you harbor suspicions about the Mai Tai because of its parasol persuasion, let me hasten to add that this is arguably one of the world’s top ten drinks.

In fact, I’d say there’s really no “arguably” about it. 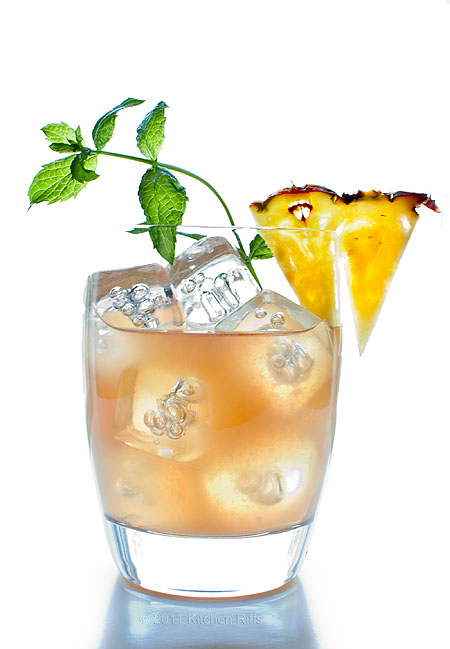 Trader Vic originated the Mai Tai in the 1940’s. And bartenders have been abusing the drink ever since.

Most bartenders have no idea how to mix a proper Mai Tai. Some use Mai Tai-making as an excuse to use up half-empty containers of various fruit juices that have been sitting in the refrigerator for who knows how long. Then they add several disparate spirits, top with an umbrella, and call it a drink.

A real Mai Tai contains just a few ingredients. But ingredient quality is important in this drink, so choosing the proper ones is an important consideration, as we’ll discuss in the notes.

This recipe serves 1. The umbrella is optional, but a cocktail straw makes it more enjoyable. There are several “authentic” recipes for this drink that differ slightly in their details. I prefer the version that David Wondrich championed in Killer Cocktails.

Note that the recipe directs you to shake the drink. There are three reasons for this: 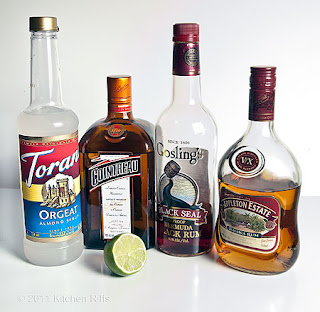 
The Return of Tiki Culture

The Mai Tai is perhaps the most famous tiki drink. Tiki drinks (and tiki culture) took root in the US during the 1930’s, when Don the Beachcomber opened a Polynesian-themed restaurant in California. Trader Vic soon followed with his own Polynesian-themed eatery, and the two men became great rivals. Between them, they originated a number of tiki drinks. Don the Beachcomber had his own version of the Mai Tai, but over time it lost out to Trader Vic’s.

And the umbrellas? Well, according to the The Straight Dope both Trader Vic and Don the Beachcomber garnished drinks with tiny parasols until the early 1940’s, when their supply (from factories in East Asia) was interrupted by World War II. (And if The Straight Dope can’t give us the straight dope on this important matter, who can?)

Tiki drinks and culture hit their high point in the 1950’s and 60’s, and then largely disappeared during the 70’s. Now tiki drinks are making a comeback — and thank goodness the umbrellas are still around to welcome them.

Richard M. Nixon also hit his high point in the 1950’s and 60’s, and then disappeared (so to speak) during the 70’s. So it’s fitting that the Mai Tai was his favorite cocktail. Eric Felten recounts a story about a Mai Tai-fueled Nixon “backslapping” his way out of the Washington, DC Trader Vic’s in the early 70’s, even warning a group of diners that the Mai Tai’s they had just ordered were “lethal.”

Last month on Kitchen Riffs we discussed the Classic Daiquiri, which was the favorite cocktail of Nixon’s presidential rival, John F. Kennedy. This blog isn’t political, so we’re not going to get into the merits and demerits of these two gentlemen. But I can say with authority — and certainly experience — that their taste in drinks was excellent. 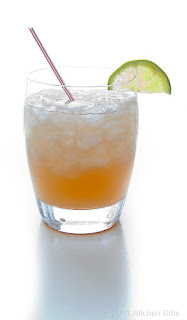 Although I’m quite familiar with the Mai Tai, my knowledge of other tiki drinks is shockingly thin. I think I owe it to loyal readers of this blog to remedy that deficiency.

Yes, extensive research is needed. I should practice my rum mixology. And I must immerse myself in tiki culture. Maybe have a pig roast in the backyard. That’s it! Big tiki cookout, maybe some babes in grass skirts, and of course . . .

“Hold it right there,” says Mrs. Kitchen Riffs. “Drinks are a yes. Pig roast is a maybe. Babes are in your dreams only.”

OK, so maybe I’ll settle for one of those little plastic hula-girl dolls. Hey, I can put it on the dashboard of my hotrod! Then I’ll crank up some 60’s surf music to set the proper mood.

The Gin and Tonic
The Classic Daiquiri
Pimm's Cup
The Income Tax Cocktail
The Sazerac Cocktail
The Corpse Reviver Cocktail
Simple Syrup
Posted by Kitchen Riffs at 10:54 AM