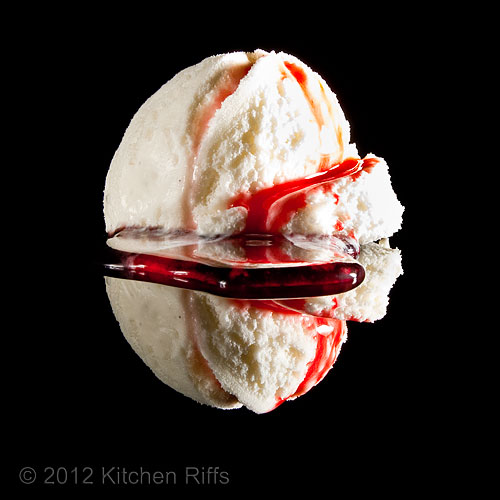 Superb on Ice Cream — or in Cocktails

Grenadine is a bright red, pomegranate-flavored syrup.  You’ve probably heard of it, though it’s not a regular item on most grocery shopping lists.

Which is probably a good thing.  Because, well . . . have you tried buying grenadine lately?  Every grocery store has something they call “grenadine” that they’ll be happy to sell you.  But take a look at the list of ingredients:  no pomegranate to be found.  Instead, you see high-fructose sugar syrup and “flavorings.”  And when you taste the store-bought stuff?  You encounter a sickeningly sweet liquid with a flavor that’s (very) vaguely reminiscent of cherries.  These supermarket concoctions bear almost no resemblance to real grenadine.

Oh, there are quality commercial grenadines out there, but you have to hunt them down.  And when you find them, they’re expensive.  But the good news is, you don’t have to pay big bucks or troll the internet for obscure suppliers.  You can make excellent grenadine at home in just a few minutes — and begin enjoying the awesome flavor of the real thing.

Grenadine is a traditional ingredient in several cocktails and “mocktails” (it’s a prime component of that kiddie favorite, the Shirley Temple, for example).  It’s also a great topping for ice cream and a wonderful flavoring agent for nonalchoholic summer coolers.

Bottom line:  Homemade Grenadine is flavorful, easy to make, and all natural.  And it’s so good, you’ll find dozens of uses for it. 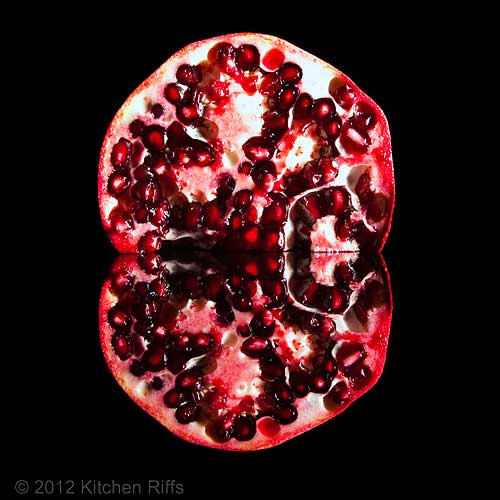 Traditional grenadine is made from pomegranates, sugar, and sometimes additional flavorings like orange blossom water. It’s a sweet/tart mixture that has an enticing and intriguing flavor.

The biggest obstacle to making your own grenadine is acquiring pomegranate juice. You can of course obtain it in the traditional way — by removing the seeds from a fresh pomegranate and juicing them. But that’s tedious and messy (juicing a pomegranate stains your hands, your work surface, your juicer — you get the idea). But there’s an easier way: Every supermarket sells high-quality pomegranate juice at a reasonable price. That’s what I use. (If you really want to juice your own pomegranates, I’ll discuss a couple of ways to do that in the Notes.)

Grenadine is really little more than Simple Syrup made with pomegranate juice instead of water. There are numerous recipes for making your own grenadine — some simple, some more complicated. My go-to recipe is very easy, and requires only two ingredients. (In the Notes, I explore more elaborate variations.) My recipe is adapted from David Wondrich’s in  Killer Cocktails.

This recipe takes 10 minutes or less to make and yields a bit more than two cups. You can easily scale it down (or up) to meet your needs. It will store in the refrigerator for a good month (longer if you add alcohol as a preservative; see Notes). 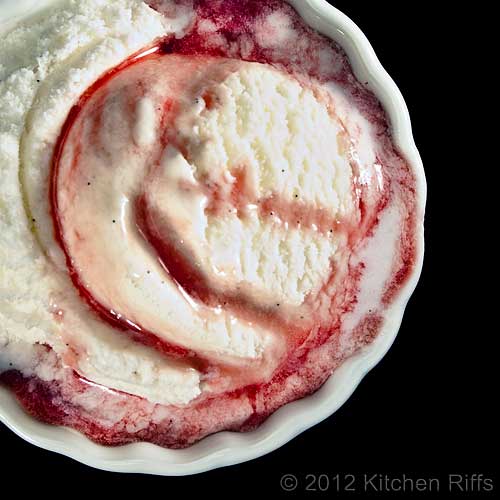 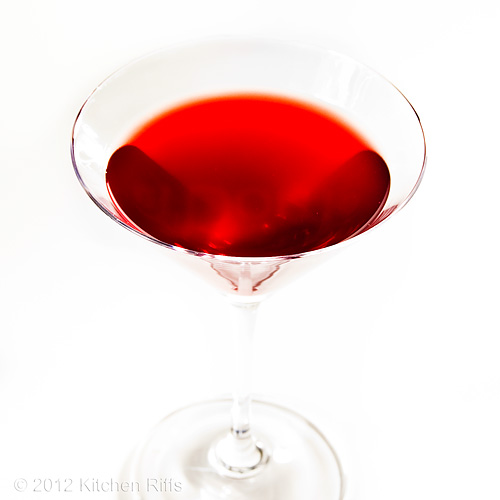 Once you have Homemade Grenadine in the refrigerator, you’ll find lots of uses for it.  It makes a terrific sauce for ice cream.  Topping vanilla ice cream with grenadine is a no brainer — it looks so pretty!  But grenadine’s flavor also works well with cherry or chocolate ice cream.  I suspect you can find many more flavors to combine it with.

You can also use it as a “dipping” sauce for cakes or brownies.  Or serve it with cheesecake.

Grenadine is a natural in nonalcoholic drinks, where it adds color, flavor, and sweetness.  (Need to mix up a Shirley Temple?  Here’s the quick recipe:  Pour ginger ale or lemon-lime soda into glass, add a splash of grenadine, and garnish with a maraschino cherry.)  For a more adult nonalcoholic drink, add half an ounce or so of grenadine to a tall glass of iced tonic water or lemonade.  Grenadine is also good in tea (iced or hot).

But grenadine is probably best known as an ingredient for cocktails — including some we’ll be featuring as our Summer Sippin’ Series continues.  For example, it’s what puts the “sunrise” in the Tequila Sunrise.  You can read about that drink later this week — just in time for July 24.  Which, in case you didn’t know, is National Tequila Day.  I kid you not.

And you’ll be ready for it!