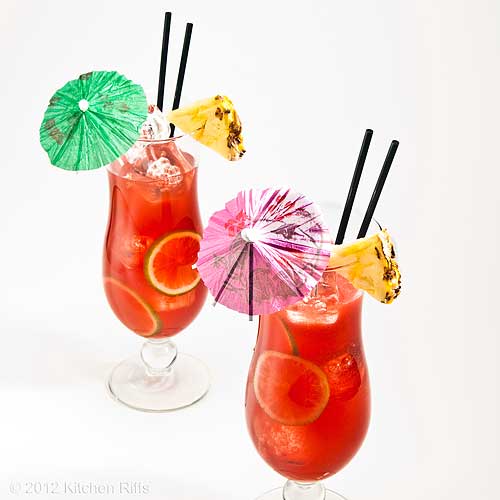 The Great Grandaddy of Tiki Drinks

Let’s begin by acknowledging that Planter’s Punch originally had nothing to do with Tiki.  How could it?  It started out in Jamaica about 200 years ago, while Tiki is an American invention that was born in the 1930s.

Still, if Planter’s Punch had not existed, Tiki might not either.  I’ll explain that later.

Anything this refreshing has got my number, especially with the miserably hot summer we’re having. 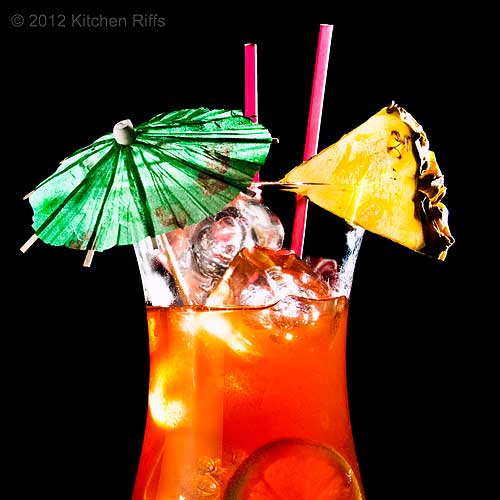 A Brief History of Planter’s Punch

It’s no surprise that Planter’s Punch originated in Jamaica.  The drink features rum, which is made from molasses, which comes from sugar cane — which is a large cash crop on many Caribbean islands.  Including Jamaica.

Planter’s Punch was invented to make rum more drinkable.  Nowadays there are some fine sipping rums, but back then rum was much rougher and harsher in flavor.   To make it palatable, people often mixed in sugar and juices.

There’s no definitive recipe for a Planter’s Punch cocktail.  It was more a class of drinks (and the name was used generically, the way some people now use “martini” to mean any drink served in a classic Martini glass).  Over time, folks developed a rhyme that helped them remember how to mix a Planter’s Punch-class drink:  "One of sour, two of sweet, three of strong, four of weak."  That is, 1 part citrus juice (almost always lime), 2 parts sugar, 3 parts rum, and 4 parts water.

Today, the water in a Planter’s Punch mostly takes the form of melted ice.  And because today’s rum is better quality (and most of us don’t like our drinks extremely sweet), we tend to use a bit more sour than sugar.

You can find countless recipes for making Planter’s Punch, and they vary a lot (some use several different fruit juices, for example).  The best ones tend to use Jamaican rum.  Almost all the recipes call for dark rum, though many also include aged amber rum.

Because there are so many different recipes for Planter’s Punch, I’m presenting two here. The first is David Wondrich’s. It’s good, and doesn’t require any unusual ingredients.

The second is adapted from Beachbum Berry Remixed by Jerry Berry (a/k/a Beachbum Berry). It derives from one of the many Planter’s Punch recipes created by Donn Beach, owner of the Don the Beachcomber restaurants (more on him below). I’ve simplified this recipe somewhat (the original calls for 3 different kinds of rum, at least one of which most people don’t have). This recipe has better flavor than the first one, IMO. But it also requires falernum, something that a lot of people will not have on hand (more info on that in the Notes).

Both recipes serve one, and take about 5 minutes to prepare. You can easily scale up either recipe to serve more people. The procedure for both versions is identical, so I’ll provide it only for the first. 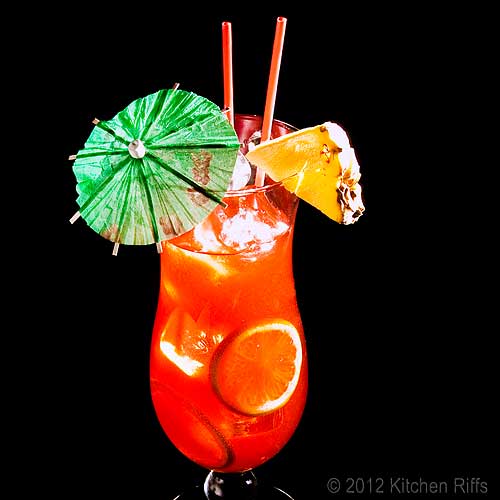 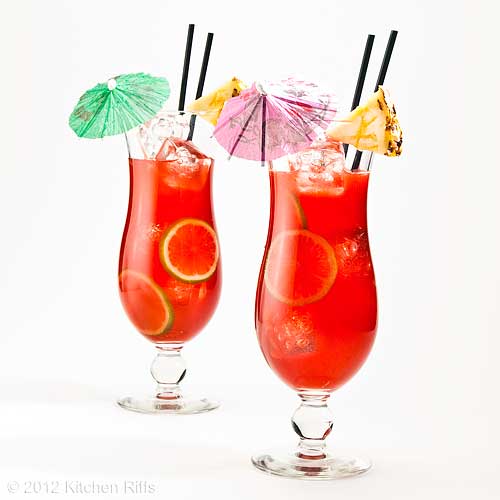 About That Tiki Thing

Donn Beach (originally Ernest Raymond Beaumont Gantt — wonder why he changed his name?) is credited with starting the Tiki craze in 1930s Hollywood. He also founded the Don the Beachcomber chain of Polynesian-themed restaurants.

Beach learned to love Planter’s Punch (and rum) while crewing on his grandfather’s yacht — which was making Prohibition-era rum-running trips to Jamaica at the time. Beach also traveled extensively in the South Pacific, and he apparently decided that a Polynesian vibe would add just the right exotic touch to his restaurants. Luckily, rum mixed well with the grass-skirt/thatched hut theme. So while the food and décor at Donn’s eateries may have been faux-Polynesian, the drinks owed their jolt to Caribbean rum. It was Planter’s Punch in particular that first impressed Donn Beach — and later inspired him to create a whole range of rum-laced Tiki drinks, according to Jeff Berry in Beachbum Berry Remixed.

Perhaps the most famous Tiki drink is the Mai Tai Cocktail which we featured on Kitchen Riffs last year. The Mai Tai was created by Victor Bergeron (a/k/a Trader Vic), a California restaurateur who went into the Tiki business after observing Beach’s success (he became a major competitor).

After the Mai Tai, the best known Tiki drink surely must be the Zombie. It was Donn Beach’s signature creation — and the drink that put Tiki on the pop-culture map.

Read about it here next week. And find out why Beach had to institute a strict limit of two Zombies per customer.