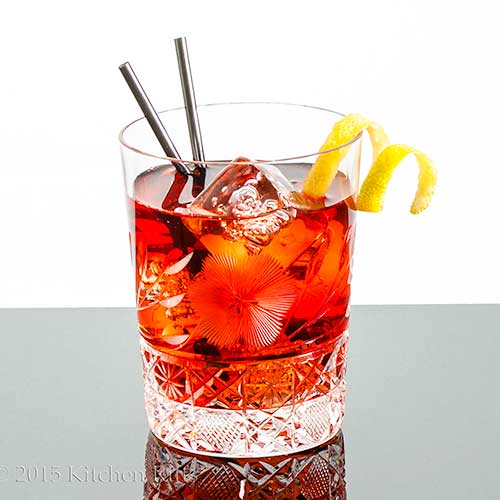 Quick, name a cocktail made with tequila. The Margarita, you say? Yeah, everybody knows that one. And maybe The Tequila Sunrise. But after that . . . ?

The Rosita is delicious enough all by itself. But because we’re publishing on April 1st this year, we’re giving you a second cocktail, as a special bonus. It’s the perfect drink for April Fool’s Day. You won’t want to miss it, so read on. 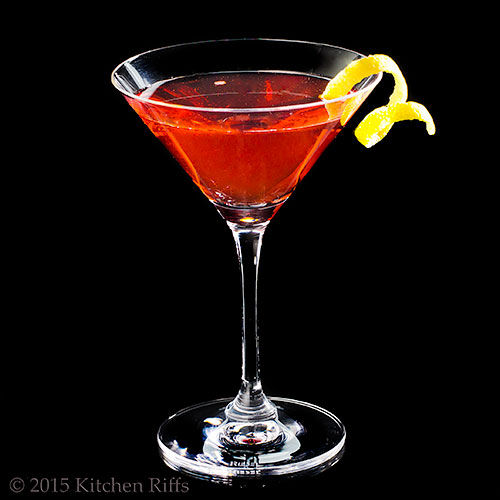 We learned about The Rosita from Robert Hess. The history of this drink is a bit confused, but it was probably popularized by Gary Regan. More in the Notes.

You can serve this drink over ice in a rocks (Old-Fashioned) glass or “up” in a cocktail glass. The recipe takes about 5 minutes to prepare, and serves 1. 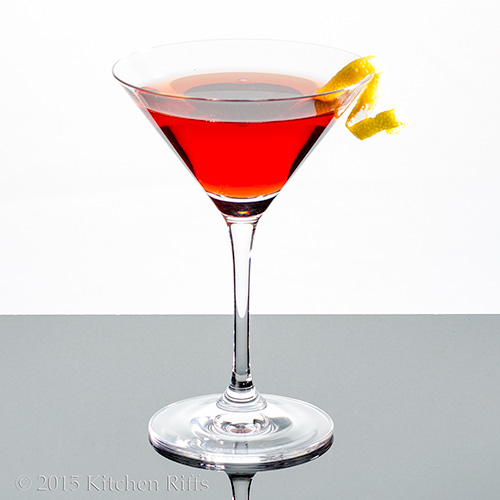 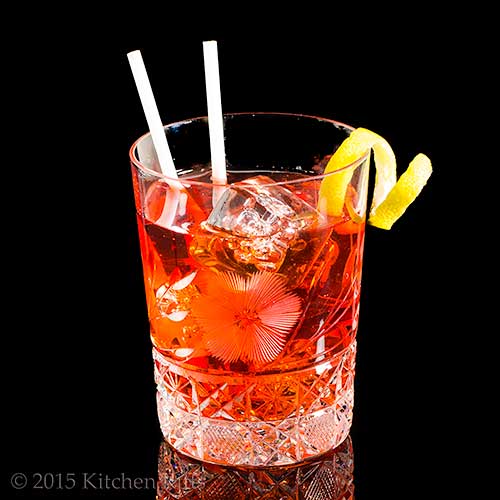 “This Rosita is gorgeous,” said Mrs. Kitchen Riffs. “Nothing foolish about it.”

“No, for that we need to make a Croton Cocktail,” I said. “Or a Croton Highball variation.”

“Indeed,” I said. “Home of the fabled Croton dam.”

“Right, the original dam was finished in 1842—and created the first reservoir for New York City,” said Mrs K R. “The city still uses water from an enlarged version of the reservoir, via the New Croton Aqueduct.”

“Correct. And this cocktail was named in honor of Croton’s contribution to public health,” I said. “The drink was developed soon after New York started getting pure, clear water from the reservoir.”

“Is it a difficult drink to make?” asked Mrs K R.

“I’ll let you judge for yourself,” I said. “For the highball version, you put some ice in a tall glass. Then add water, preferably from the Croton reservoir. Garnish with a lemon twist, and serve.”

“And how about the cocktail version?” asked Mrs K R. “I suppose you shake water with ice and strain it into a cocktail glass?”

“Right, so we can afford to invite all our readers to our next April Fool’s Day party,” I said. “We’ll ask them each to bring a dish.”