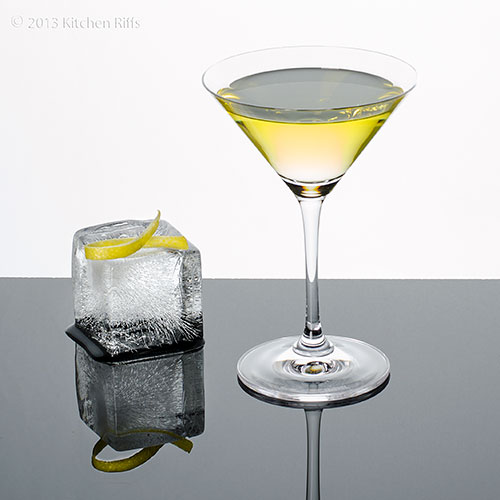 When you think of Alaska, you might picture whales or ice floes. But cocktails? Not so much.

Let’s change that. Because the Alaska Cocktail is perfect for transitioning into the cooler weather we’ll be seeing soon in the Northern Hemisphere.

Drink it before dinner, and it lightens up heavier autumn fare. Sip it at the last summer cookout, and it will console as you put the Weber away for winter. 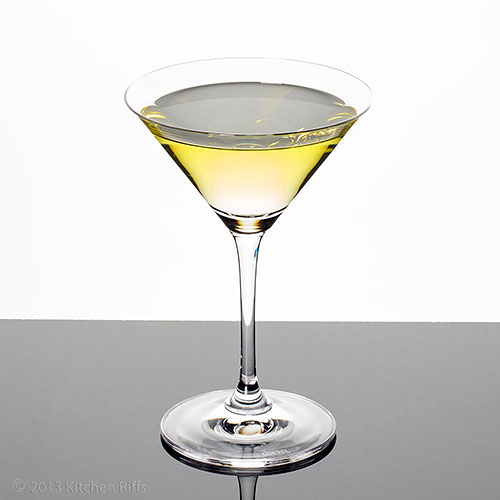 As with so many cocktails, the origins of the Alaska are obscure. It dates back to the early 20th century at least, and originally may have contained Old Tom gin — a brand of sweetened gin that used to be very popular.

These days, the Alaska is always made with dry (London) gin. Yellow chartreuse and a dash of orange bitters complete the recipe. BTW, if you can’t find yellow Chartreuse, the green variety will work too–just use a bit less (the green is stronger). But yellow has a better flavor in this cocktail, IMO.

When mixing this drink, the biggest challenge is getting the ratio just right. Too much Chartreuse, and its floral flavor overwhelms the drink. Too little, and it disappears into the gin.

Some early recipes called for a 2:1 ratio of gin to Chartreuse. Way too heavy for my taste! I’ve settled on a 3:1 ratio. But sometimes I make it 4:1, and find that pleasing too (if substituting green Chartreuse, I definitely recommend the 4:1 ratio). 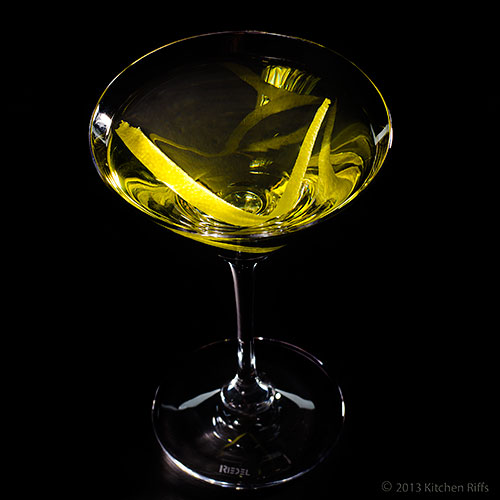 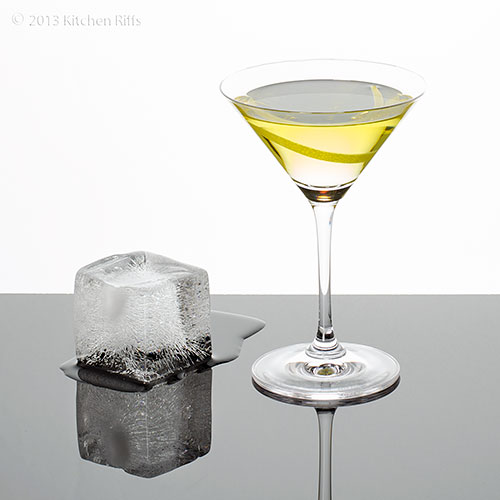 Rounding Up the Summer Sippin’ Series

This summer we’ve been featuring a different warm weather-appropriate cocktail each week during our Summer Sippin’ Series. But all good things come to an end. We’ll soon be back to our normal schedule, which means just one post about cocktails each month—at least for a while.

We began this year’s Summer Sippin’ Series right after Memorial Day, with The Bridal Cocktail. In June, we featured the Mimosa, the Dark and Stormy, the Caipirinha, and the Bacardi Cocktail.

In July, we served up the Gin Rickey, the Royal Bermuda Yacht Club, the Harvey Wallbanger, the Cuba Libre, and the Maiden’s Prayer.

Then in August we celebrated Tiki month, with a platter full of Tiki-themed drinks and food posts. We had a swell time lounging about and sipping the Volcano Bowl, the Scorpion, the Hula Hula, and the Blue Hawaii.

And now we’re ending this year’s Summer Sippin’ Series with The Alaska Cocktail.

But fret not. We have loads of fun food posts coming your way. And during the first week of October, we’ll sample yet another great cocktail.

Now where should we store those Tiki torches?