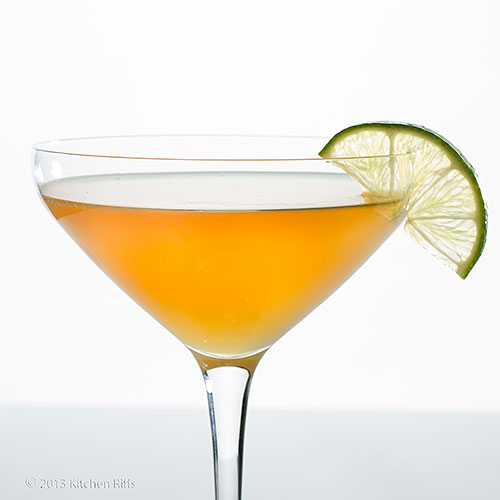 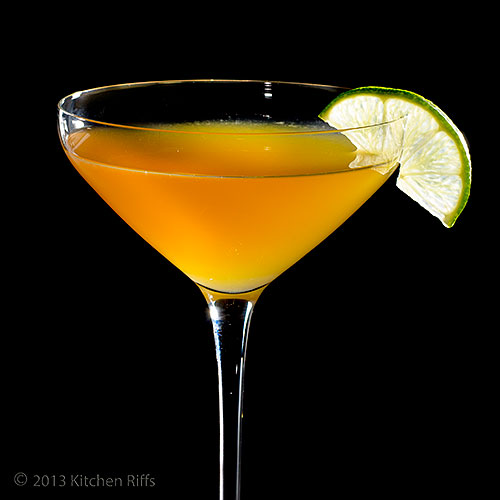 Although Bermuda makes some fine rums, they don’t really work in this drink.  Instead, you need amber Barbados rum — it has a flavor profile that combines better in this cocktail.  Most liquor stores in the US carry the Mount Gay Eclipse brand of Barbados rum, which is reasonably priced and of good quality.

It may be a little harder to find falernum, a ginger- and lime-flavored syrup.  Fee Brothers makes a good commercial one, which many liquor stores carry. Alternatively, you can buy it from Amazon (at a price). Despite the hassle, falernum is worth acquiring — it’s a popular ingredient in many tropical and Tiki drinks, such as some versions of  Planter’s Punch and The Zombie.

I learned about The Royal Bermuda Yacht Club Cocktail from Ted Haigh’s excellent Vintage Spirits and Forgotten Cocktails. My recipe is very slightly adapted from his (see Notes). 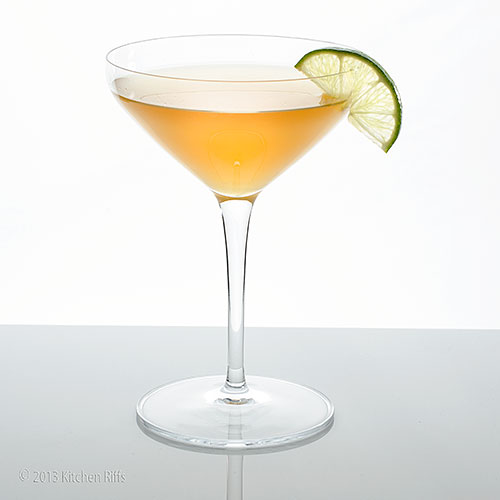 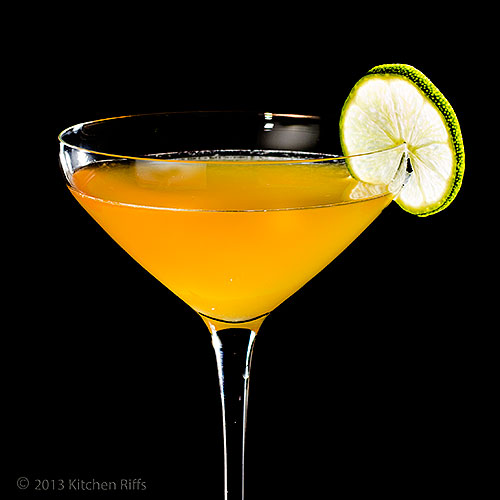 Messing About in Boats

The first Bermuda Race was held in 1906 — and some considered it “an act of rebellion.” Why? Because the yachting establishment thought it would be “insane for amateur sailors to race offshore in boats under eighty feet” in length. Reportedly, critics were so pessimistic about the boats’ survival chances that some delivered funeral wreaths beforehand, so that deceased sailors could receive proper burial at sea.

The critics did have a point.  Sea conditions between the northeastern US and Bermuda can be rather rough (because of the Gulf Stream’s strong currents and frequently gusty winds).  Even cruising from NYC to Bermuda on a large ship, I’ve noticed quite a bit of motion.

Fortunately, the Bermuda Race proved to be a success, though only three entries took part the first time.  The race was run yearly until 1910, when the organizers switched to a biennial schedule.  The race now takes place in even-numbered years, with the next sailing scheduled for June 20, 2014.  The largest number of entries ever was in 2006 (the 100-year anniversary of the Bermuda Race), when 265 yachts took part.

Unlike the America’s Cup, the Bermuda Race has always been meant for amateurs.  Some professional sailors do take part now, but they typically make up only about 10 percent of crews.

Fortunately, you don’t need to know any of this to enjoy a Royal Bermuda Yacht Club Cocktail.  And you certainly don’t need to own a yacht — or even a toy boat for the bathtub.  All you need is a bit of a thirst.

So let’s raise a glass, shall we?  Here’s to fair winds and following seas.