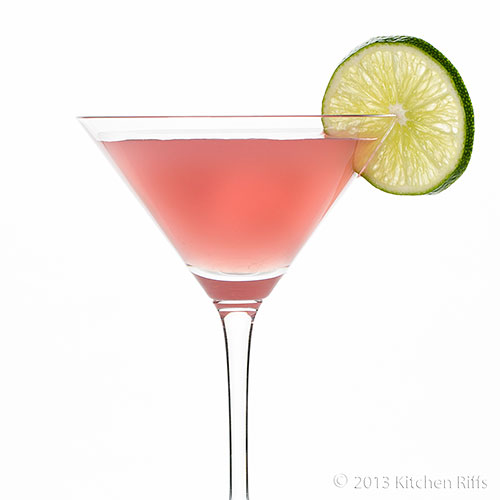 Hot summer weather is visiting most of the US, so we’re all searching for cool, refreshing beverages.

One of the best (and prettiest) is a drink that was extremely popular in the 1930s and 40s:  The Bacardi Cocktail.  It combines white rum with freshly squeezed lime juice to create a tangy elixir that’s sweetened with grenadine.

This drink is essentially a Classic Daiquiri, with grenadine replacing sugar or simple syrup. But there’s one big difference: For a daiquiri, you can use any brand of white rum. For a Bacardi Cocktail, you must use the Bacardi brand. Not because Bacardi has any special flavor characteristics that are essential to this drink, but because it’s illegal to use anything else.

At least, that’s what the New York Supreme Court decided in 1936. 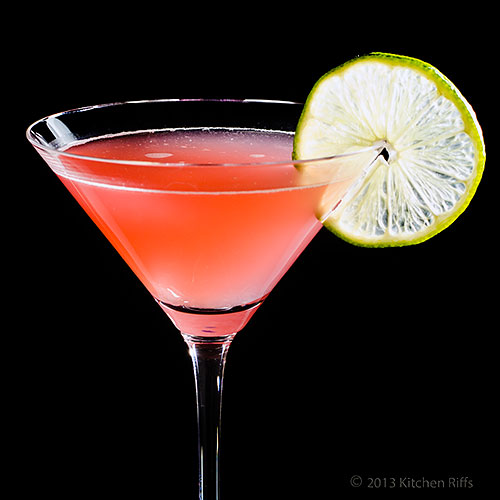 What the Court Said

As Eric Felten tells us in a June 2006 Wall Street Journal article, ”In the years just after Prohibition, the Bacardi Cocktail . . . threatened to unseat the king of cocktails.” The reigning monarch then (and arguably now) was the Martini. But the Bacardi Cocktail had taken the US by storm, and was popular coast to coast. It was so fashionable that master mixologist Dale DeGroff calls it the 1930s equivalent of a Cosmopolitan.

So of course people were always walking into drinking establishments and asking for a “Bacardi Cocktail.” Sometimes when the bartender ran out of the Bacardi brand, he made it with any white rum he happened to have on hand. And if a bartender uses a halfway decent rum, you can’t tell the difference in this drink. Or at least I can’t (don’t ask me how I know — there’s that legal issue, you see).

The Bacardi company got peeved, because its flagship product was losing sales to other brands. So the Compañía Ron Bacardi brought suit against two then-prominent establishments — the Barbizon-Plaza Hotel (today Trump Parc) and the Wivel Restaurant.

In April 1936, the New York Supreme Court (which is a trial court, by the way) handed down its ruling in favor of Bacardi. Said Justice John L. Walsh, “Beyond a reasonable doubt subterfuge and a fraud is subjected on the purchaser when Bacardi rum is left out of a drink listed as a ‘Bacardi’ cocktail.” So there!

I like this drink with 2 parts rum to 1 part lime juice.  Some people prefer a 3:1 ratio, so feel free to experiment.  How about the grenadine (which adds sweetness, a tiny bit of flavor, and gorgeous color)?  I generally use 1 to 2 teaspoons of grenadine per drink.  Others like quite a bit more sweetness, however — maybe twice the amount I specify.  So again, some experimentation is advisable.

BTW, I strongly recommend making your own grenadine.  It takes just a few minutes, and I tell you how in my post on Homemade Grenadine. The most popular commercial brands don’t even contain pomegranate — which is supposed to be the key ingredient in grenadine! Commercial brands are also loaded with chemicals (just read the labels). More on grenadine in the Notes.

This recipe takes a few minutes to make, and serves 1. 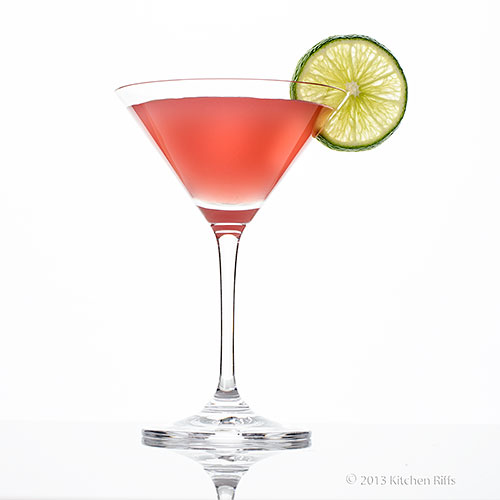 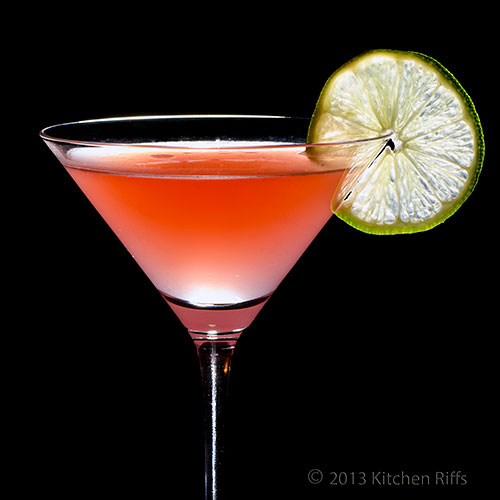 The Bacardi company has been producing spirits for a long time.  It was founded in Cuba in 1862 (in the port city of Santiago de Cuba) by Don Facundo Bacardi Massó. Don Facundo popularized the smooth light-bodied white rum that is now the company’s best-known product. Bacardi became Cuba’s first multinational brand, establishing bottling operations in Spain in 1910 and the US in 1916. Today, the privately held Bacardi Limited is headquartered in Hamilton, Bermuda. (You can find all sorts of information about the company in the archives of the Bacardi website.)

Bacardi had just become established in the US when Prohibition arrived (in 1919).  The company then had 60,000 cases of rum in the US that it had to get rid of.  So they issued “wet stock,” dissolving the US operation by distributing one case per share.  What a deal!  Interestingly, Prohibition proved to be a good thing for Bacardi overall.  It encouraged US tourists to visit Cuba in droves, where they slaked their thirst with Bacardi rum.  So Bacardi became a highly sought-after spirit — one with particular cachet since only those with the means to travel could enjoy it.

When Fidel Castro’s government seized the company’s Cuban assets in 1960, Bacardi moved its operations out of the country.  By that time, Bacardi already had many facilities up and running elsewhere, and had moved all of its intellectual property (along with the strain of yeast used to make its rum) out of Cuba.

Bacardi managed to destroy the remaining yeast at their Cuban plant before Castro seized their properties.  That was a big deal, BTW:  Bacardi had spent much time and effort perfecting their specific yeast strain, which is part of what gives their rum a unique and distinctive personality — particularly the white rum.  (Nonetheless, some rum connoisseurs still maintain that the Bacardi white rums produced today are not as good as those once produced in Cuba; less flavor and body, they say.)

The Cuban distilleries that used to produce Bacardi rum now make a brand called Havana Club, which is marketed in most of the world except the US (because of a US trade embargo with Cuba).  The Cuban government originally wanted to market this rum under the “Bacardi” label, but they lost trademark battles on that all over the world, so they switched to the Havana Club name.  The company that originated the Havana Club brand was established in Cuba in 1878 by José Arechabala, and was once a rival to Bacardi.

Some rum mavens claim that Cuba’s Havana Club has better flavor than Bacardi, though it doesn’t use the particular yeast strain that put Bacardi on the map.  I’ve not tasted it, so I don’t know.  Readers who live in parts of the world where you can buy both brands (i.e., most everywhere except the US) might want to do your own taste test.  In any case, Cuba’s Havana Club is made from a different formula than Bacardi (it uses a method developed by the Arechabala family).

Complicated?  Sí.  But wait, there’s more!  In the 1990s, Bacardi Limited bought what it called the “legitimate rights” to the Havana Club brand from the Arechabala family. Based on this, Bacardi began claiming the right to use the “Havana Club” name in the US. Problem was, the Arechabalas had let the US trademark lapse in 1973, and Cubaexport had reregistered the mark in 1976. So Bacardi again resorted to the courts to sort things out, as it had in 1936.

For years, litigation dragged on between Bacardi and Pernod Ricard, which distributes Havana Club on behalf of Cubaexport (it owns rights to sell the brand in all the world except the US — being prevented from selling here because of the trade embargo).  Several US courts decided in favor of Bacardi.  Finally, last year, the US Supreme Court declined to hear an appeal — thus handing Bacardi a victory.  (To make matters even more convoluted, the World Trade Organization has come down against the US law that allowed Bacardi to prevail in court.  But Congress hasn’t changed that law yet — so for now, Bacardi is still on top legally, at least in the US.)  Anyway, Bacardi has plans to market its own “Havana Club” brand of rum — one that’s trademarked in the US, but not elsewhere.

Whew!  After going through all that explanation, I need a drink (or two).  A drink like, say, the Bacardi Cocktail.

Is Bacardi really the very best-tasting rum for this drink?  I doubt it — there are many other great white rums out there.  But it’s the one I use (I’m a law-abiding citizen, after all).  And I would never suggest you try another rum in this drink.  Never.