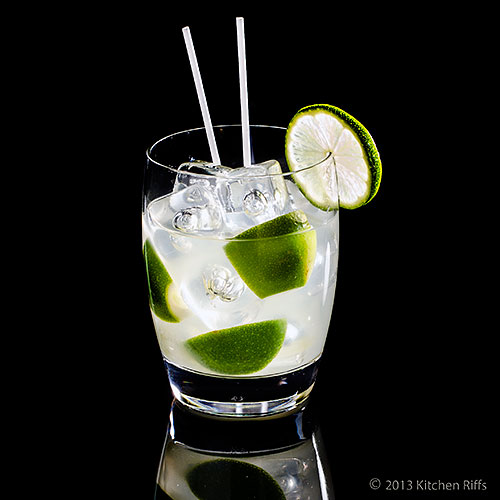 The Caipirinha (pronounced kai-pee-REE-nyah) has been popular in Brazil for a century. But the rest of the world has only heard about it in the past decade or two.

Why the time lag? Mostly because the main ingredient in the drink — a rum-like spirit called cachaça (pronounced ka-SHAH-suh) — was only rarely sold outside Brazil. That’s changed now, so the Caipirinha (and cachaça) are becoming better known.

What does it taste like? Well, imagine a cross between a Mojito and a Classic Daiquiri, though with a bit more presence. If you like either of those drinks, you’ll probably like the Caipirinha. 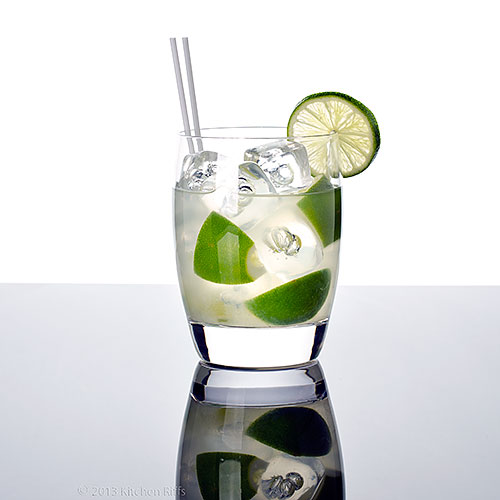 If you want to make a Caipirinha, you’ll need to buy some cachaça.  Every well-stocked liquor store carries at least one brand (and many offer several to choose from).  I suggest a couple of options below.  But if in doubt, discuss the pros and cons of the various brands with the store’s staff — most are knowledgeable, and you can learn at lot from talking to them.

Cachaça is similar to rum, but it’s made from cane sugar.  By contrast, rum is made from molasses (a by-product from the making of crystallized sugar).

Like rum, cachaça comes in light (white) and amber versions.  You want the light version for the Caipirinha.  It’s a bit rougher and less mellow than the amber — which makes it perfect for combining with lime.  It’s also less expensive (a bottle of light cachaça can be had for under $20; you could spend more, but there’s no need to).

Making this cocktail requires muddling sugar with lime wedges.  It’s the same process we used when making the Mojito and the Mint Julep. It’s important to use granulated sugar (not a dissolved-sugar sweetener, like Simple Syrup) when making this drink. The sugar granules help abrade the lime peel as you muddle, releasing some of its volatile oils.

You can use a “muddler” for this purpose (it looks sort of like a small baseball bat — every liquor store stocks them). If you don't have a muddler, a long-handled spoon will work. Just make sure your glass has a tempered (or at least thick) bottom, so you don’t risk cracking it when you muddle the lime and sugar. 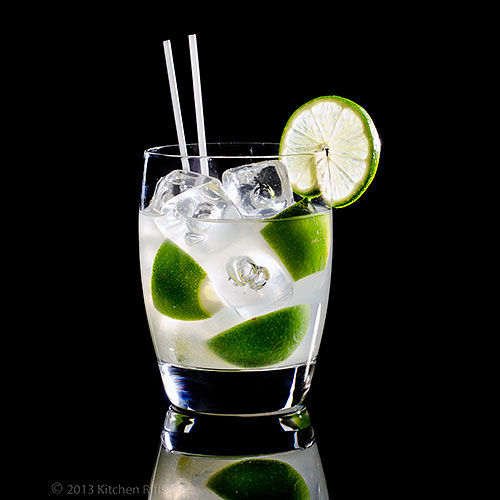 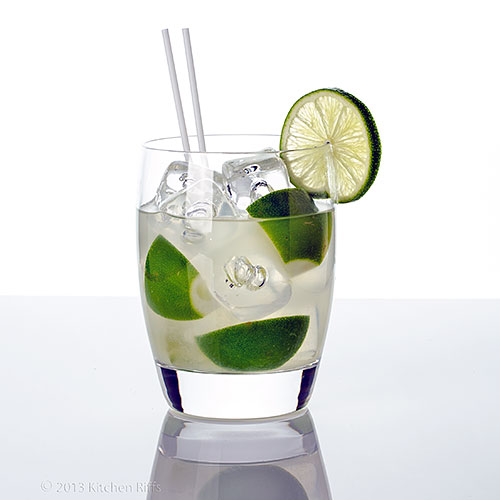 Workers of the World, Drink Up!

“Wow,” said Mrs Kitchen Riffs.  “Great drink.  Can’t believe I’d never heard of the Caipirinha until we decided to research it for the Summer Sippin’ Series.”

“Well, cachaça was hard to get in the US until relatively recently.” I said.  “Maybe they didn’t think it was worth exporting.”

“Why would they deprive us?” she asked.

“It had a down-market rep for a long time,” I said.  “And the Caipirinha was considered a farmer’s or worker’s drink in Brazil.  In fact, the name apparently comes from the Portuguese word caipira, which kinda sorta translates as ‘country bumpkin.’”

“Yeah,” I said.  “It’s the same with the Mojito — which originally was a farmer’s drink in Cuba.”

“What are you suggesting?” I asked.

“Mix us another round, of course!” exclaimed Mrs K R.