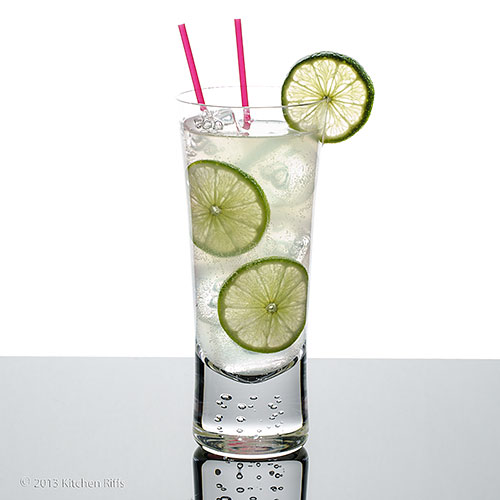 This refreshing drink is “air conditioning in a glass”

In the US, July can be the hottest month of the year.  So most of us are eating light — and drinking lighter — to avoid overheating.

Sure, these days we have air conditioning.  But what to do at all those outdoor functions that seem to be so popular this time of the year?  Like tomorrow’s big Independence Day blowout?

Enter the Gin Rickey.  This refreshing mix of lime, gin, and club soda (or seltzer) is the ultimate cooler.  It’s a tall drink that takes a while to finish — giving you time to enjoy its great flavor without risking overindulgence.  And for those avoiding alcohol, it’s easy to make a mocktail version.

July 4th is America’s birthday.  And it just so happens that this drink was created in our nation’s capital (circa 1883).  It has even been designated Washington, DC’s “native drink.”

So it’s practically our patriotic duty to drink a Gin Rickey on the 4th of July, don't you think? 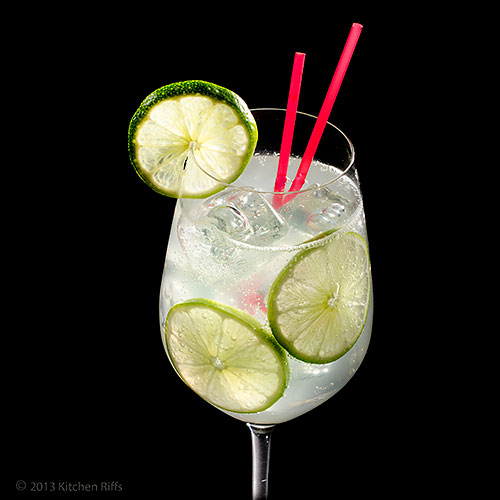 The original rickey was probably made with bourbon (more about that in Notes).  But before long, people decided that gin was the better spirit for this drink.  So today, when we think of a rickey, we inevitably think of gin.  In truth, however, you can substitute any liquor you like and still call it a rickey.  (Prefer rum?  Then you have a rum rickey.  And so forth.)  I think gin makes the best (and certainly the most refreshing) version of this cocktail — although the whiskey iteration isn’t bad either.

This drink originally was made with Old Tom gin — at least according to Washington, DC mixologist extraordinaire Derek Brown (the link is to his video). Brown, who may know more about the rickey than anyone else, popularized the tag line “air conditioning in a glass.” He also played an instrumental role in getting the Gin Rickey officially named Washington DC’s “native cocktail.”

Old Tom gin,which has a hint of sweetness, is no longer widely used.  Today, most people make the drink with dry (London) gin, and without any sugar.  Traditionally, this drink contains the juice of half a lime (which usually is about ½ ounce).  I prefer a bit more lime myself (maybe ¾ ounce).  But feel free to adjust the amount of lime juice — and the amount of club soda or sparkling water — to your own taste.  Just don’t overdo the lime, since that will make the drink too sour.

This drink originally was served in a wine glass.  And it looks mighty attractive that way!  Today, it’s more commonly served in a tall glass (which is my preference).  The photos show the drink both ways. 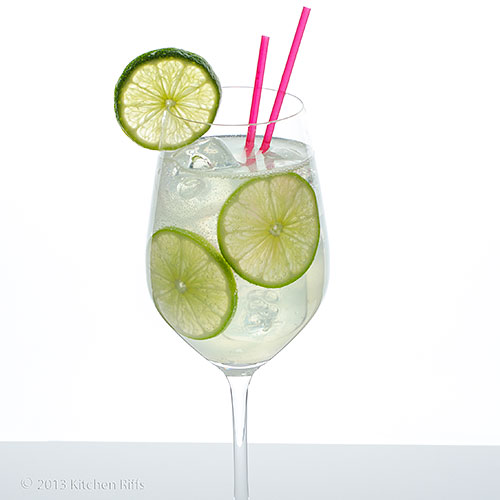 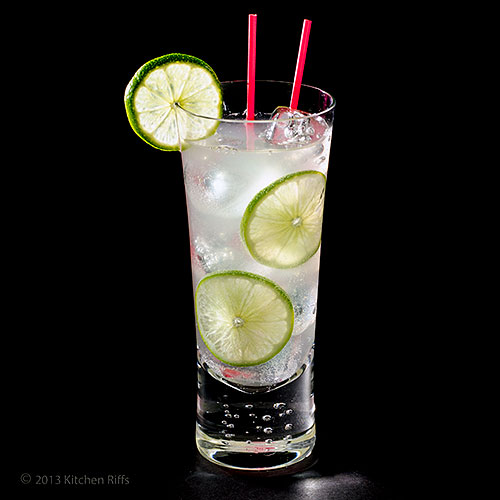 Gin Rickeys have a walk-on role in F. Scott Fitzgerald’s The Great Gatsby.  At a key point in the book, Nick Carraway (the narrator) arrives with Jay Gatsby to have lunch with Tom and Daisy Buchanan.  Lounging with them is Jordan Baker, Daisy’s best friend, to whom Nick is attracted.  Gatsby has long been obsessed with Daisy, a former debutante who was way out of his social league when they first met.  Now that Gatsby has made a pile of (ill-gotten) money, he’s pursuing her again, and the two have begun a lusty relationship.

The day of the lunch is beastly hot, and Daisy asks Tom to mix everyone a cool drink.  He obliges with a round of preprandial Gin Rickeys.  It’s during this lunch that Tom realizes what’s going on between Daisy and Gatsby.  After lunch, Daisy suggests that they all go into New York City . . . just because.  This initiates a series of events that leads to the story’s tragic end.  (Gatsby is a terrific read, BTW — one of my favorite 20th century novels.)

Fitzgerald himself knew a thing or two about gin.  It was his elixir of choice (he claimed the aroma didn’t linger on his breath).  And although he indulged in many libations, he was especially partial to the Gin Rickey.

Fitzgerald and his wife Zelda led a riotous life during the 1920s, exemplifying the excesses that the “Roaring Twenties” were famous for.  Examples?  They entertained themselves by jumping into the fountain at New York City’s Plaza Hotel.  They boiled guests’ watches and other valuables in tomato sauce at a party.  Invited to a spur-of-the moment “come as you are” party, they showed up in their pajamas (Zelda soon shed hers and danced naked).  Just a couple of crazy kids in a crazy, crazy world.

The world’s still crazy, but Mrs Kitchen Riffs and I are not.  Well, not usually.  So although summer is here, we’ll enjoy our cooling, soothing Gin Rickeys in moderation.  And we’ll never, ever leave home in our pajamas.

You may want to keep an eye on your watch, though.  You never can tell.