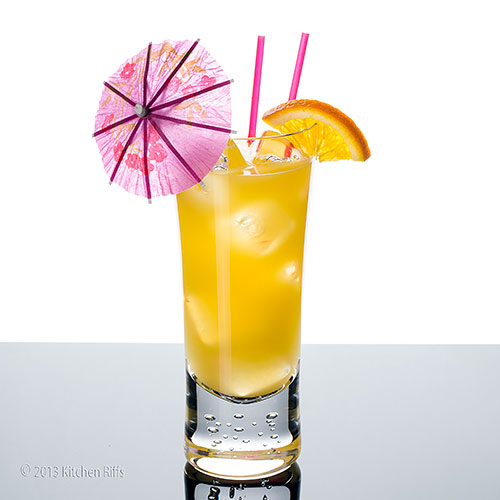 The Scorpion Cocktail is legendary.  Multi-legendary, in fact — there are so many “authentic” versions of this drink that no one really knows which was the original.

But we do know that it became one of Trader Vic’s best-selling Tiki drinks, along with the Mai Tai and Fog Cutter.

The Scorpion (aka the Scorpion Bowl) was typically mixed in quantities large enough to serve several people — and it made a memorable impact. It showed up in a communal ceramic bowl with “feet” that looked like topless Tahitian babes. A gardenia floated serenely on top. Drinkers would use long straws to sip from the bowl while admiring the botanical feature.

My Scorpion recipe is meant for one. But if you want to serve this drink in quantity, don’t fret. In the Notes, I provide a scaled-up version that’s fit for a crowd. You’ll need to source your own gardenias though. 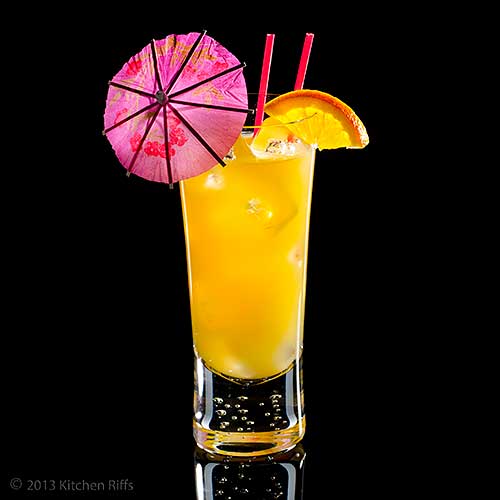 Trader Vic produced at least three different recipes for the Scorpion over the years — tinkering with ingredients and quantities to achieve perfection.  His competitor Donn Beach (aka Don the Beachcomber), who started the Tiki craze, constantly reworked his cocktail recipes too.  So figuring out the “best” recipe for the Scorpion (and other Tiki drinks) can be a challenge.

I’ve tried several versions of the Scorpion, but my favorite is one that appears in Gary Regan’s The Joy of Mixology. It’s a single-serving recipe that Regan adapted from Beachbum Berry — the consummate Tiki master. The Beachbum’s recipe serves 3 or 4 (I provide it in the Notes). 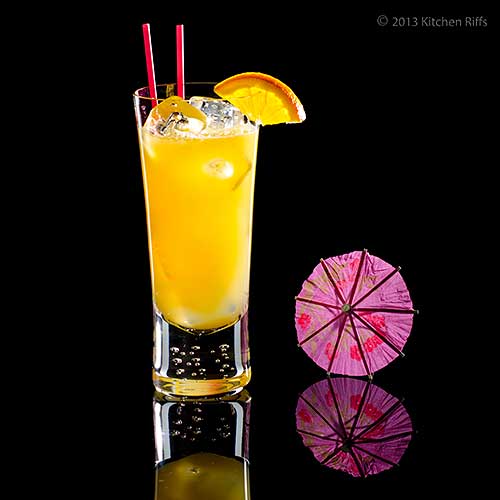 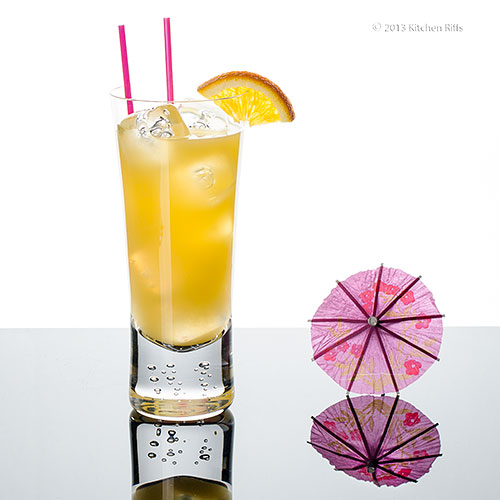 “Tasty drink!” said Mrs. Kitchen Riffs as she sipped her Scorpion.  “Spectacular flavor.  Wonder how it got its name, though?”

“No idea,” I confessed.  “Couldn’t find anything remotely authoritative on that subject.”

“It’s certainly smooth for something called the Scorpion,” she noted.  “Though the rum does give it a nice sting.”

I watched her drink descend the glass.  “Bet I’ll be making another round of these,” I said.

“Yeah,” said Mrs K R, slurping the bottom of her drink.  “That should be almost enough for the two of us.”