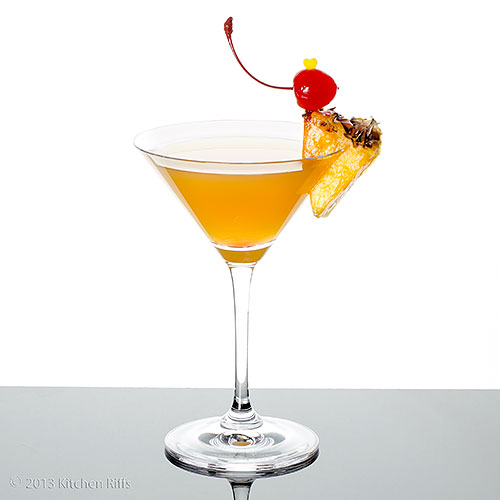 Tiki drinks live large.  They tend to be high-volume cocktails perfect for slow sippin’ by the pool, or as party fuel on a summer evening.  But their outsize presence means they don’t work well as brunch beverages or pre-dinner aperitifs.

Except for the Hula Hula.  This drink is modestly sized (tiny, in fact, by Tiki standards).  It also doesn’t have the high booze quotient of the Zombie or even the Mai Tai, so it’s morning-appropriate, with a juicy flavor that complements brunch fare. If you elect to have it as a pre-dinner drink, the Hula Hula will leave your palate in shape to appreciate the meal. And unlike many Tiki drinks, it doesn’t call for multiple liquors or exotic, hard-to-source ingredients.

Almost everyone likes the Hula Hula. Its citrus component makes it perfect for brunch, but it satisfies those who want something stronger than orange juice. Just think of it as OJ’s evil twin. 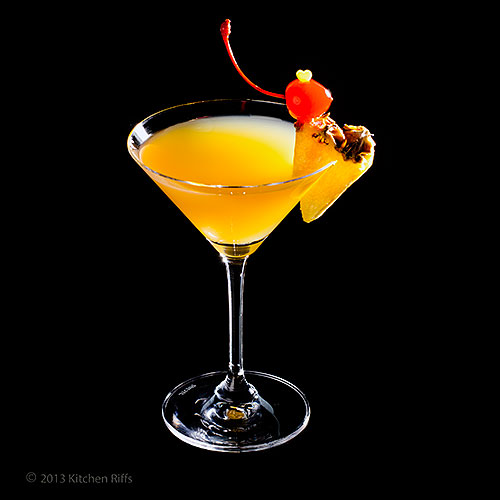 Popular Tiki drinks like the Scorpion and the Volcano Bowl are often served in large quantities — sometimes in big bowls meant for communal sharing. Not a good match for bacon and eggs. And many well-known Tiki drinks also require a long list of ingredients, including several not commonly found in the home kitchen.

But this (little) drink requires only three ingredients in equal measure: gin, orange curaçao, and orange juice. Bartending doesn’t get much easier than that.

The Hula Hula was invented by legendary barman Ray Buhen (more on Buhen below). I first learned about this cocktail from Robert Hess, who also describes it as a perfect brunch drink. He in turn learned about the Hula Hula from Jeff Berry, a/k/a Beachbum Berry, master of all things Tiki.

This drink takes a few minutes to prepare, and serves one. 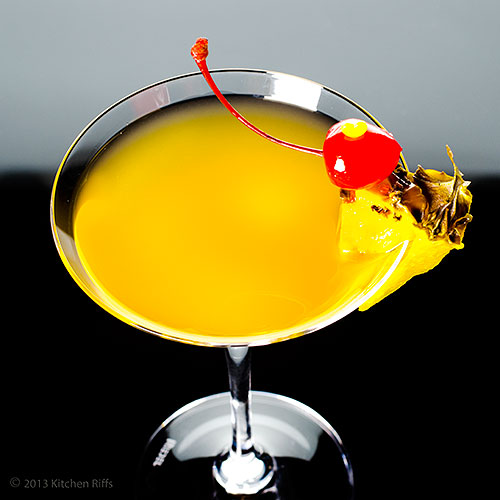 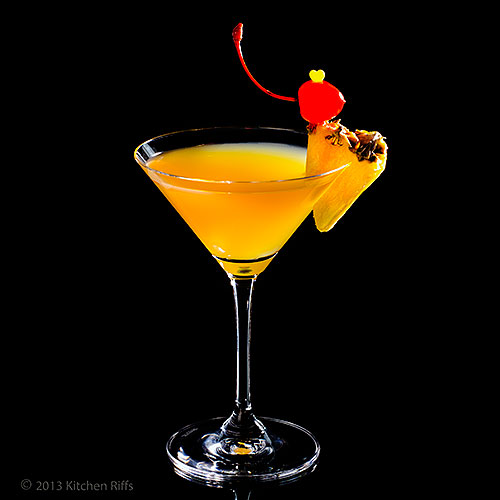 Buhen Behind the Bar

The Hula Hula was one of the first drinks created by Ray Buhen, who got his start making Tiki drinks in the 1930s at the original Don the Beachcomber’s.  This Hollywood restaurant was popular with stars and moguls of the day, including the likes of Charlie Chaplin and Joan Crawford.  It was also the first Tiki-themed restaurant (Trader Vic would open his rival operation in northern California a few years later).

Buhen was an innovative mixologist who may also have helped create several other famous Tiki tipples — though the restaurant’s owner, Donn Beach, liked to claim credit for them. Over the years, Buhen worked in numerous bars throughout southern California, perfecting his craft and gaining thirsty fans. So when he opened his own place in Los Angeles, the Tiki-Ti, in 1961, he had an immediate clientele. Beachbum Berry has put together a nice tribute to Buhen, which you can read on the Tiki-Ti website.

Buhen died in 1999, but the Tiki-Ti lives on, run by his children. It’s a small bar — 12 stools and a few tables — and is open only Wednesday through Saturday. The place also closes for several weeks every few months, so the hours aren’t exactly convenient. Despite that, the bar is packed whenever it’s open, with patrons happily sucking down Tiki drinks (including Ray’s Mistake, a cocktail that Buhen created by accident when he mixed an order incorrectly; it’s now one of the more popular drinks on the menu).

A word of warning, though: Because the Tiki-Ti is owner-operated (with no employees), smoking is allowed despite California’s strict no-smoking rules. I’ve never been there, but I understand that a lot of smoking takes place. Not my preferred environment, alas.  (Update October 31, 2016: a reader let us know that the Tiki-Ti is now nonsmoking. Thanks for the info!)

Wonder if they do takeout?