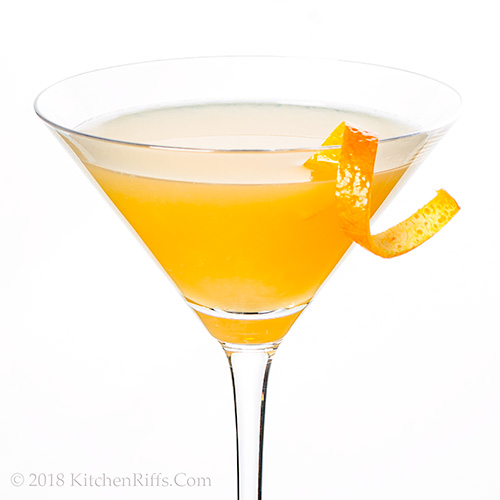 The signature drink of an iconic NYC nightclub

The Stork Club delivered. Founded in 1929, it gave New Yorkers a classy place to eat and imbibe – away from the prying eyes of Prohibition enforcers.

And its namesake drink made the cloak-and-dagger worth it. A smooth combo of gin, Cointreau, and citrus juice, the Stork Club Cocktail offers the perfect start to your night on the town. No password needed. 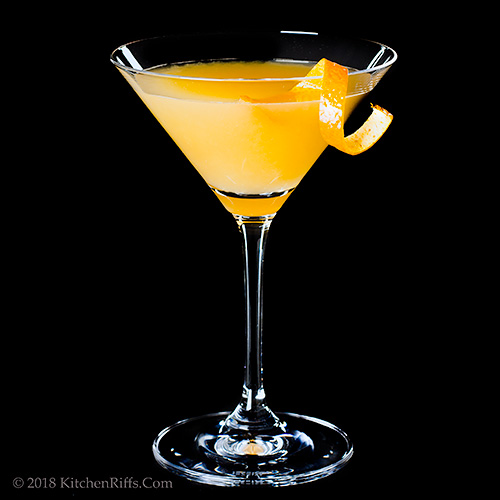 Gin has always been a popular cocktail ingredient, but during Prohibition it became the spirit of choice (or at least convenience). That’s because gin, unlike bourbon or rye, doesn’t require aging. So a bootlegger could produce a batch one day, and sell it to a barkeep the next.

The Stork Club Cocktail originally was made with Old Tom gin, a sweetened gin that’s not seen much these days (though it still has a place; we used it to make The Martinez Cocktail). We think Old Tom makes the Stork Club Cocktail too sweet, so we substitute dry gin instead. (Old Tom also isn’t easy to find – almost every gin you’ll see in a liquor store is dry.) 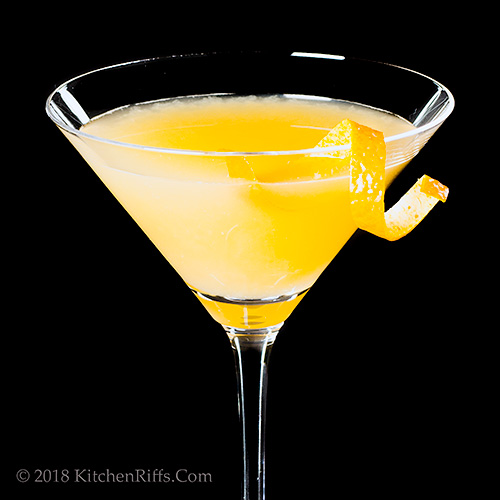 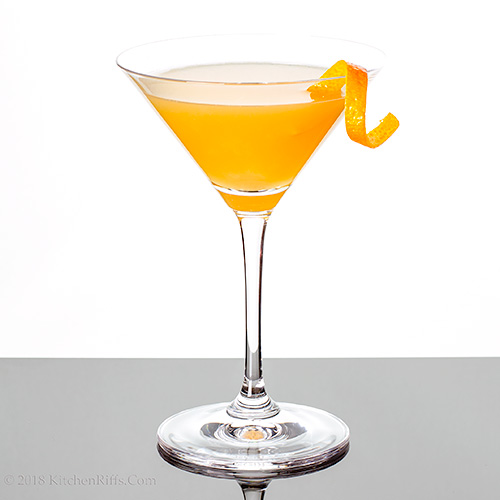 Welcome to the Club

“So Sherman Billingsley’s club made quite a splash back in the day,” said Mrs. Kitchen Riffs.

“Yup, it attracted all the big names,” I said. “Not to mention the mob, which invested in The Stork Club through a front man.”

“At one point, Billingsley was even kidnapped by a rival mobster named Mad Dog Coll,” said Mrs K R.

“And his nephew Glenn Billingsley later married a girl named Barbara,” I said. “She was an actress who played the perfect suburban mother on Leave it to Beaver.”

“Eddie Haskell would have made a great bagman,” I said.

And Ward would finally have had a real job.

You may also enjoy reading about:
The Martinez Cocktail
Dry Martini
Manhattan Cocktail
Delmonico Cocktail
Algonquin Cocktail
Bronx Cocktail
Pegu Club Cocktail
Or check out the index for more
Posted by Kitchen Riffs at 8:30 AM