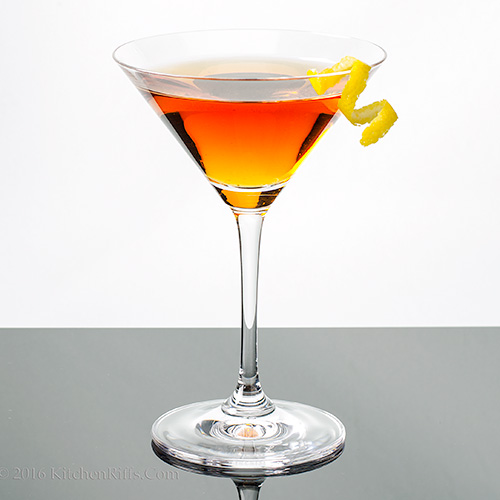 The Mother of all Martinis?

The Martini is the most iconic of cocktails. But it hasn’t always been the crisp, almost austere drink we know today.

Back in the 19th century, when the drink was growing up, it was much sweeter. And it probably was made with sweet vermouth (the red stuff). Which just happens to be a key component of the Martinez Cocktail – from which the Martini may have developed.

The Martinez has an old-fashioned vermouth-forward flavor that fits well with today’s craft cocktail scene. Although definitely sweeter than a Martini, it’s not cloying, so it works as a pre-dinner drink.

So mix up a true ancestral tipple. And tell your dinner party guests that you’re researching cocktail genealogy. 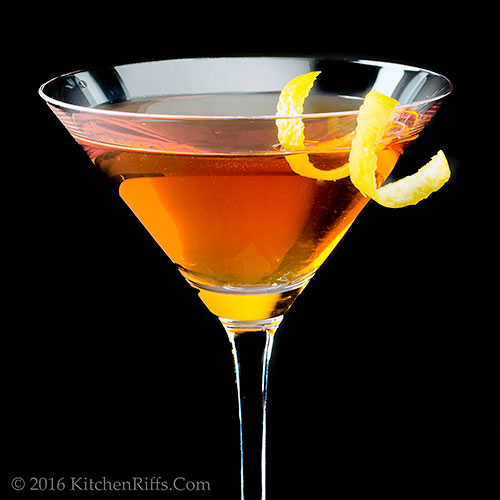 For an authentic Martinez, you’ll need Old Tom gin. That isn’t a brand name – it’s a style of gin (just as “London dry” is a style). Old Tom is less floral than the gin you’re probably familiar with, and a bit sweet.

Old Tom was very popular in the 19th century, but later fell from favor. A good liquor store will probably carry at least one brand of Old Tom – just ask them. But if you don’t want to spring for a whole bottle, we’ll discuss alternatives in the Notes.

The original recipe for the Martinez calls for twice as much sweet vermouth as Old Tom gin. The result is a drink that tastes more whiskey-like than gin-like. In fact, it reminds us quite a bit of a Manhattan. We include a recipe for the original Martinez in the Notes, but we recommend a more contemporary version of the drink.

We like a recipe we saw in the New York Times, one that was developed by Frank Caiafa, manager of the Waldorf Astoria’s Peacock Alley bar. Caiafa has recently revised the Old Waldorf-Astoria Bar Book. He reworked some of the classic recipes in the book (including the Martinez) to better reflect contemporary tastes. 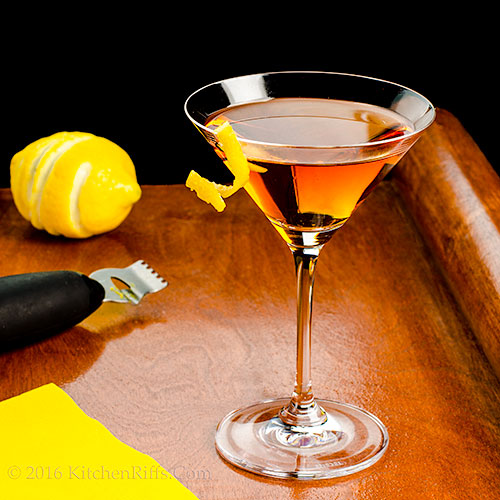 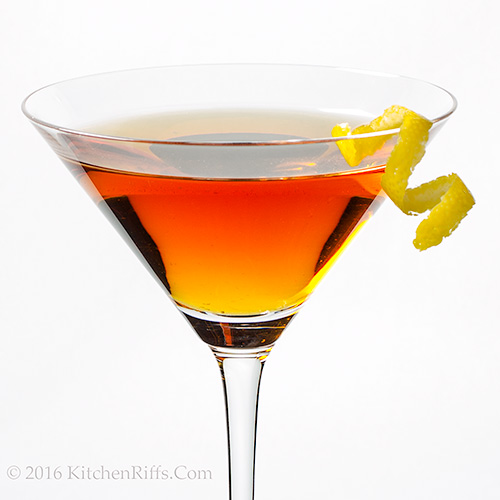 “So, how is this pronounced again?” asked Mrs. Kitchen Riffs.

“Well, some say it’s Martin-EZ,” I said. “Emphasis on the last syllable.”

“Though I would have guessed Mar-TEE-nez,” said Mrs K R.

“I think a lot of people say it that way,” I said “Especially since that sounds more like Martini.”

“Of course, after a couple of these, your pronunciation might be a little off anyway,” said Mrs K R.

“Truth,” I said. “Particularly if you belt them down.”

“So let’s just keep it simple,” said Mrs K R, handing me her empty glass. “Another one of these, barkeep.”

You may also enjoy reading about:
Martini Cocktail
Manhattan Cocktail
Old-Fashioned Cocktail
Sazerac Cocktail
Twentieth Century Cocktail
Corpse Reviver Cocktail
Or check out the index for more
Posted by Kitchen Riffs at 8:30 AM