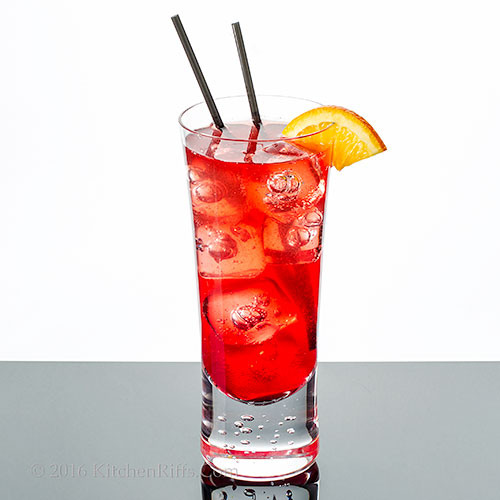 For July 4th, serve a libation enjoyed by George Washington

Ben Franklin too. And no doubt many of our other founding fathers. That’s because shrubs – fruit preserved in a syrup of sugar and vinegar – were extremely popular in both America and Britain in those days.

Shrub syrup is even better if you add some strong spirits to the mix. But maybe you guessed that already.

You can use almost any booze, but we’re using rum. It was by far the most popular spirit in America around the time of the Revolutionary War. And the flavor of rum blends perfectly with shrub syrup.

Ready to fuel your patriotic fervor? To make a Rum Shrub Cocktail, you’ll need some Homemade Shrub Syrup (we’re using blackberries in ours, but any berry or fruit will work), plus dark or amber rum, and soda water or seltzer. If you don’t feel like making your own shrub syrup, you can buy commercial versions – search the interwebs and you’ll find it.

If you don’t favor rum, you can use bourbon, cognac or brandy, vodka, tequila – almost any booze you can think of. We haven’t tried all the possible combos, but we’ve liked every one we’ve sampled so far.

We first learned about rum shrubs in an article written by Eric Felten for the Wall Street Journal back in 2006. We like his recipe, so that’s what we use. 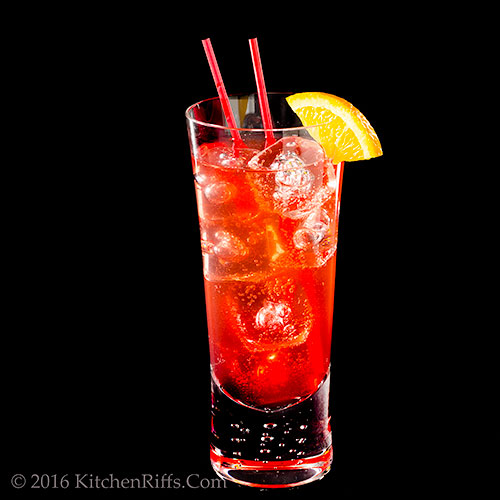 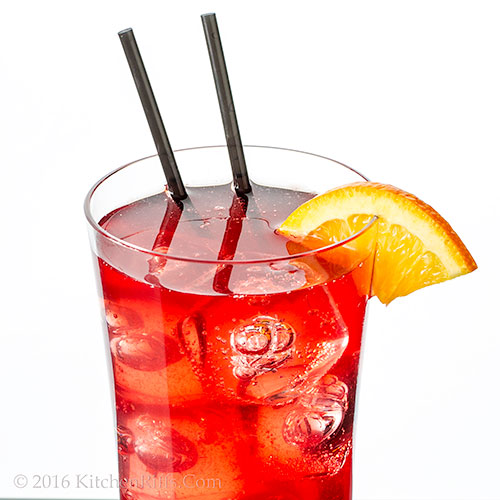 We Hold these Truths to be Self-Evident

“Agreed,” I said, raising my glass. “Though I regret that I have but one shrub to drink for my country.”

“These are the dregs that try men’s souls,” said Mrs K R, eyeing her fast-diminishing shrub.

“No worries, we have more where that came from,” I said. “I have not yet begun to mix!”

“Life, liberty, and the pursuit of cocktails,” said Mrs K R. “Is this a great country or what?”

You may also enjoy reading about:
Berry Shrub and Shrub Syrup
Betsy Ross Cocktail
Cape Codder Cocktail
Mojito Cocktail
Gin and Tonic
Gin Rickey Cocktail
Pimm's Cup
Or check out the index for more
Posted by Kitchen Riffs at 8:30 AM