Ice Cream Shrub Soda with Booze (or not) 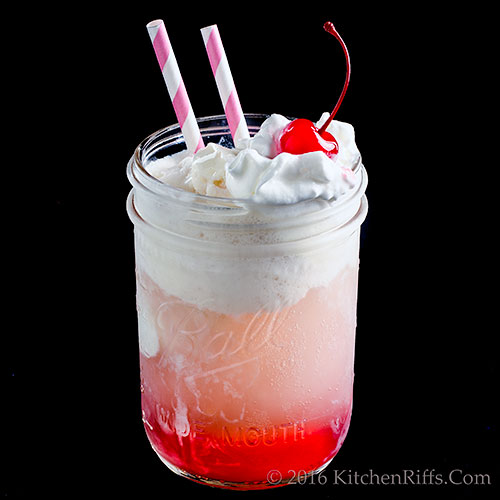 The perfect summer dessert – for kids of all ages

Ice cream might be the ultimate summer dessert. You know all about that. But shrub? And why call this an ice cream soda rather than a float?

Patience, grasshopper. All will be revealed. For the moment, just think about cool, refreshing ice cream mixed with sweet but tangy shrub.

It’s great for the 4th of July. Especially since shrubs were extremely popular in colonial America. So this drink offers a taste of America’s culinary history. 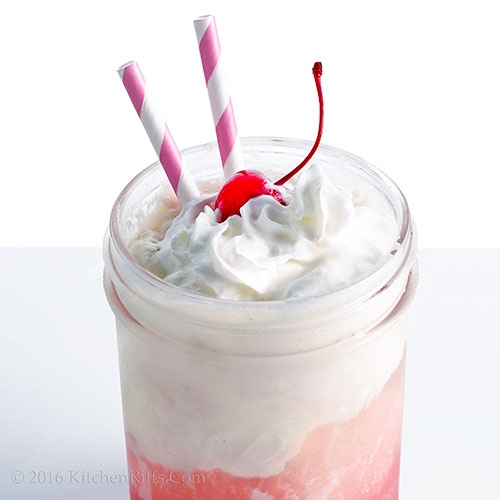 Recipe: Ice Cream Shrub Soda with Booze (or not)

For this recipe, you’ll need ice cream, shrub syrup, soda (seltzer) water, and an alcoholic spirit (that last ingredient is optional, and only for the adults, of course). BTW, this recipe calls for a fairly small amount of booze (one ounce). We’re after flavor here, so you don’t need much.

We talked about shrubs and shrub syrup at length a couple weeks ago. As noted in that post, a classic shrub syrup contains equal parts of fruit, sugar, and vinegar. Making shrub syrup was a popular method for preserving fruit in both Britain and America before refrigeration arrived. For an ice cream soda, we recommend using a berry shrub syrup (we used raspberry), but any fruit will do.

This recipe is adapted from Michael Dietsch’s book Shrubs: An Old Fashioned Drink for Modern Times. 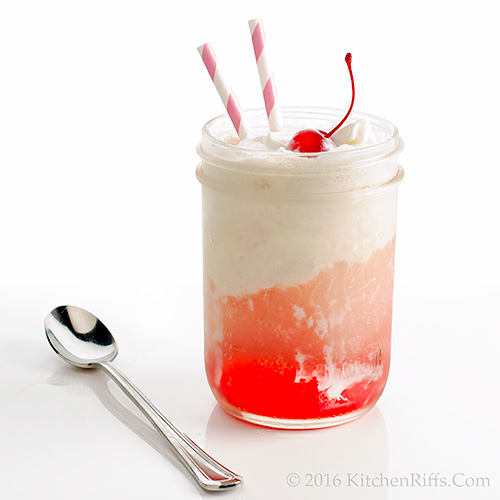 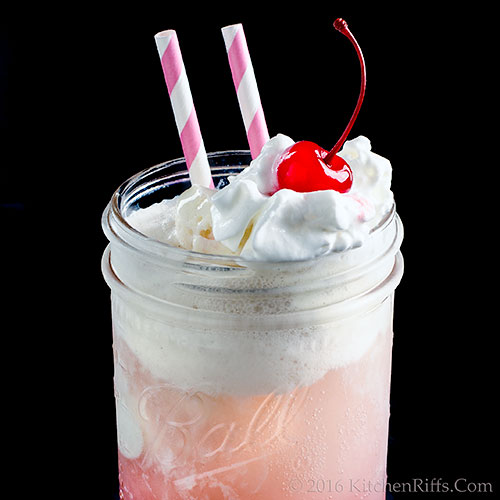 “My kind of fireworks,” I said.

“Indeed,” I said. “Our electrician prefers shock a lot.”

Or our readers do.