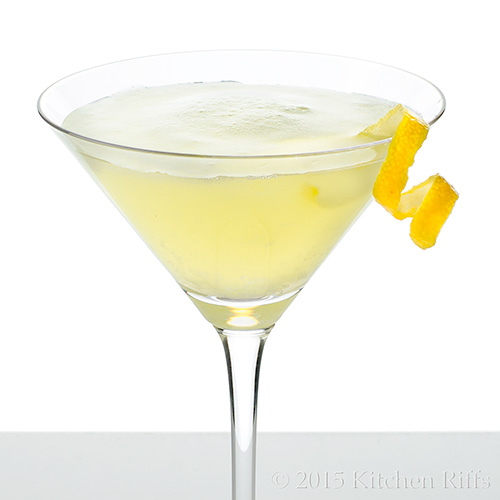 Perfect for toasting brides – past, present, and future

Wedding season is here. So you need a drink, right?

Fortunately, we have just the thing. The White Lady has a crisp, lively flavor that’s perfect for warm weather. It features a hint of sweetness, but not too much.

So it will whet your appetite for that overpriced reception dinner. And help you endure Uncle Harry. That’s our kind of white wedding. 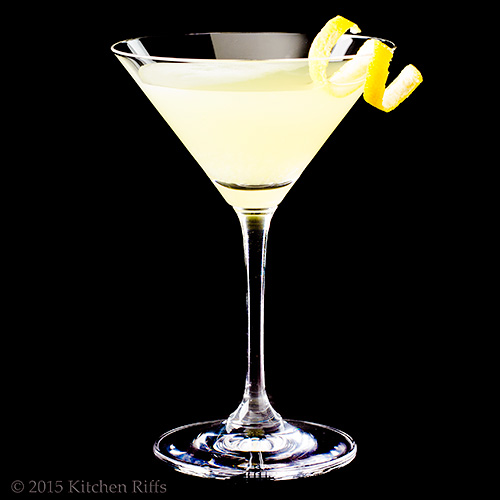 The White Lady combines gin, Cointeau, and fresh lemon juice. It’s kinda sorta like a gin Sidecar (which uses brandy as its spirit).

Many bartenders include egg white when they mix a White Lady. The egg white doesn’t add flavor, though it does give the drink more volume and a fuller body. But it’s totally optional. 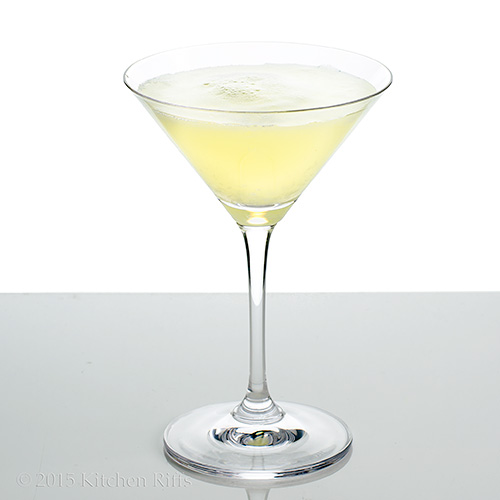 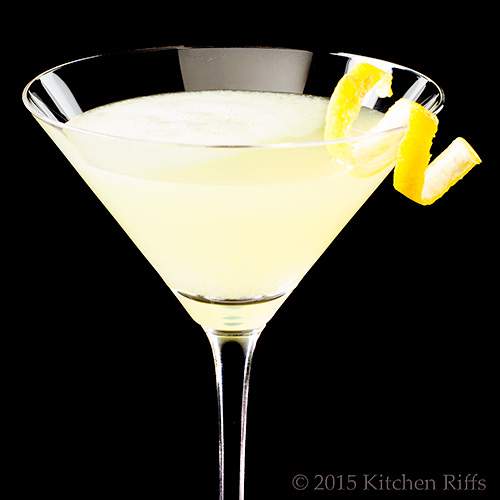 “Swell drink,” said Mrs. Kitchen Riffs. “This sure would help me endure a wedding reception.”

“Yeah,” I said. “Big weddings just don’t appeal to geeky folk like ourselves.”

“Which is why we got married by a judge,” said Mrs K R. “All those years ago.”

“We wanted something quiet,” I said. “With no fuss.”

“It would have worked too,” said Mrs K R. “If not for that municipal firefighters’ strike.”

“Ah, yes,” I said. “We didn’t realize they were expecting a ruling ordering them back to work on the very day our ceremony was scheduled at city hall.”

“They were quite a sight in their fire hats and boots,” I said.

“I particularly liked the huge fire axes some of them were carrying,” said Mrs K R. “That was a surreal touch.”

“But we finally made it through the throng and got to the judge’s chambers,” I said.

“And we thought he was sitting behind his desk when we walked in,” said Mrs K R.

“Until he walked around, and we realized he had been standing,” I said. “He must have been the world’s shortest judge.”

“Yes, we were married by a munchkin,” said Mrs K R. “But we managed to keep our composure.”

“By not looking each other in the eye until we stepped outside,” I said.

“At which point we collapsed into giggles,” said Mrs K R.

“You have to admit, it was a fitting start to married life for the likes of us,” I said.

“Indeed,” said Mrs K R. “Looking back now, I realize it set the perfect tone. Sort of a cross between ‘The Big Lebowski’ and ‘Wizard of Oz.’”

“That memory deserves a toast,” I said, raising my glass. “To my bride, always and forever.”

“To my dear husband,” said Mrs K R, clinking her glass with mine. “Not to mention firefighters and short judges everywhere.”

You may also enjoy reading about:
The Bridal Cocktail
Sidecar Cocktail
The Monkey Gland
The Bloody Mary
The French 75
Aviation Cocktail
Champagne Cocktail
Cocktail Basics
Or check out the index for more
Posted by Kitchen Riffs at 8:30 AM