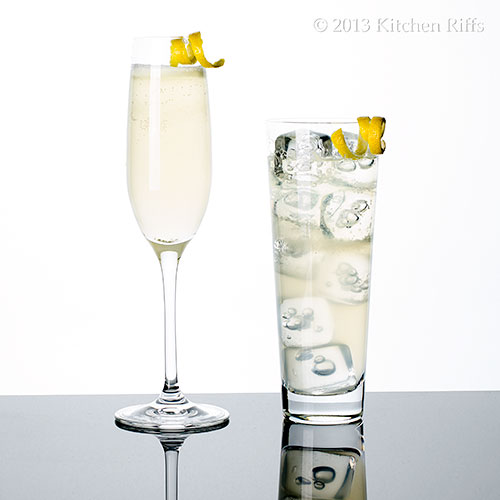 There aren’t many cocktails named after an artillery piece. In fact, the French 75 is the only one I know of.

More on its history later. But all you really need to know is this: The French 75 Cocktail is a delightfully perky combo of gin and fresh lemon juice, topped off with bubbly. Its cool flavor is fragrant, fresh, and fizzy—making it a perfect choice before dinner. I particularly like to drink the French 75 around the winter holidays, when I’m looking for something festive.

So for your next holiday dinner party, pop a bottle of bubbly and mix a round of these high-caliber beauties. And start the evening with a bang. 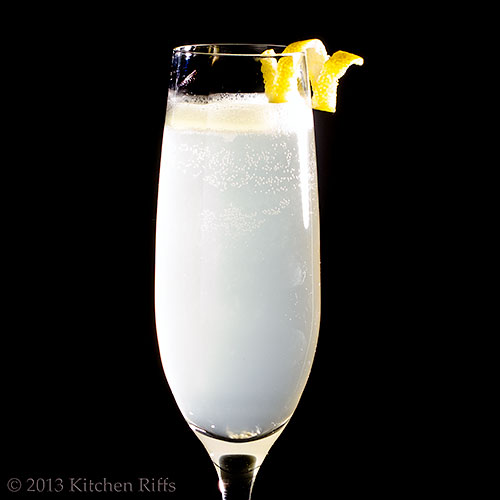 You have a choice of glassware when serving this drink. You can use an ice-filled Collins (tall) glass. Or skip the ice and use a champagne flute. The first is traditional, but the latter is much more popular these days.

You can use real French champagne for this drink, but why? A good quality sparkling wine (preferably a brut or Spanish cava) works fine, and is much less expensive.  See Notes for a discussion on choices.

This cocktail dates from World War I (1915, to be precise). But the recipe first appeared in print in Harry Craddock’s The Savoy Cocktail Book, published in 1930 (the Savoy was—and still is—a luxury hotel in London). You can vary the amount of gin or sparkling wine in this drink, but one ratio should remain constant: use 1 part lemon juice for every 2 parts of gin. More in the Notes.

This recipe serves one, and takes about 5 minutes to make. 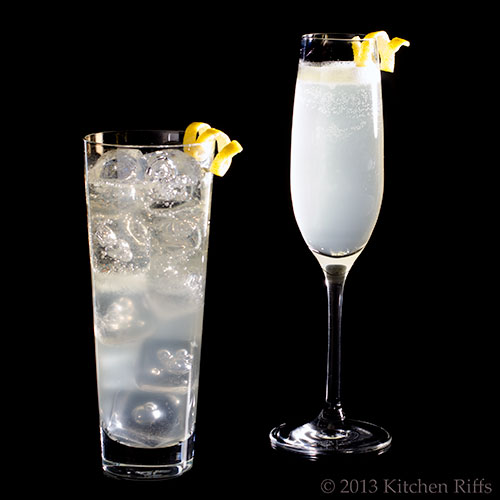 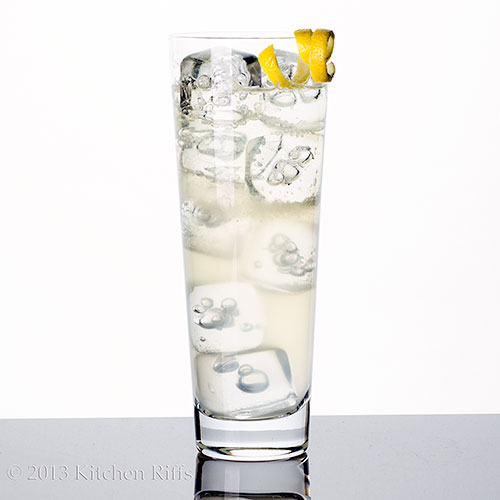 “Yup,” I said. “Sounds weird, I know, but its inspiration was the Matériel de 75mm Mle 1897—a 75-millimeter field gun known as the French 75. Or if you’re a French speaker, the Soixante-Quinze.”

“Which translates into English literally as 60-15,” said Mrs K R. “That must have been some gun!”

“A big one,” I said. “At any rate, it inspired Harry MacElhone to create this drink. MacElhone was working at the New York Bar in Paris when inspiration hit. He later became part owner of the place, and renamed it Harry’s New York Bar.”

“Indeed,” I said. “Though I think Hemingway used to drink everywhere. The bar still exists, by the way. We should visit it next time we’re in Paris.”

“It would be great to go back again,” I said.

“Well, Christmas is coming,” Mrs K R pointed out helpfully. “I’ll bet you haven’t gotten me a gift yet. And I do speak French, you know.”

You may also enjoy reading about:
Simple Syrup
Seelbach Cocktail
Classic Champagne Cocktail
Bellini Cocktail
Mimosa Cocktail
Cocktail Basics
Or check out the index for more
Posted by Kitchen Riffs at 9:15 AM