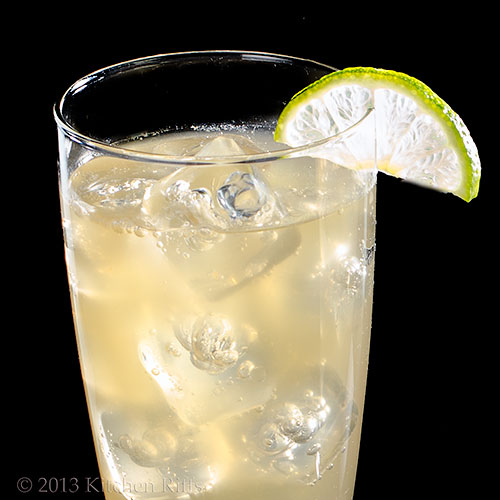 A “champagne daiquiri” from the golden age of flight

Airmail? When I heard the term, I pictured special delivery at Hogwarts. Then I remembered: Airmail used to be a big deal, back in the day.

A few decades ago (when this cocktail was invented), airmail was the most reliable way to deliver important documents quickly. Fed-X didn’t exist. Long-distance telephone did, but it was pricey (and many people didn’t have phones). Email, IM, Skype? Sorry, no interwebs then.

The Airmail Cocktail recalls an era when planes were at the technological cutting edge. Fortunately, however, no advanced technology is needed to shake up this refreshing mix of rum and champagne. And like the airmail of yore, it delivers. 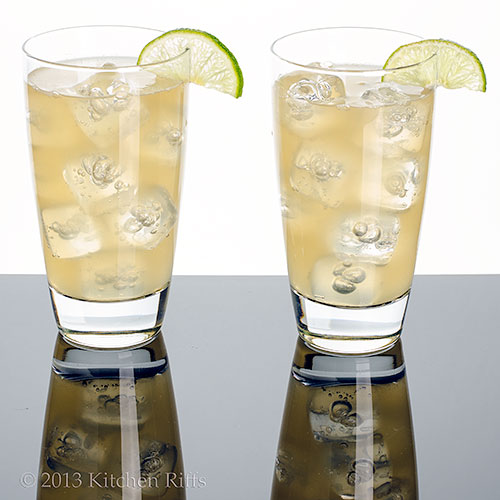 The Airmail (sometimes spelled Air Mail) Cocktail contains amber rum, lime juice, honey, and champagne—or sparkling wine, which is what most of us will use (more on that in the Notes).

This is a hefty drink, both in size and alcoholic content, so it requires a good-sized glass. The usual choice is a tall (Collins) glass filled with ice. Served this way, the drink lasts a long time—making it a nice slow sipper.

Garnish is optional for this drink. Years ago, bartenders sometimes pasted an airmail stamp on the glass (hey, I’m just the messenger here). Nowadays, many people like a garnish of mint. I prefer a lime wedge—or no garnish at all. 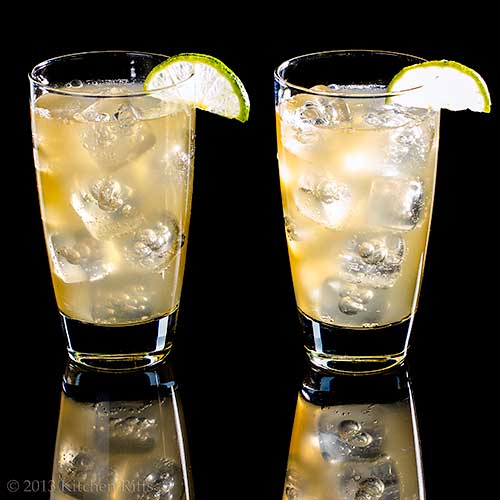 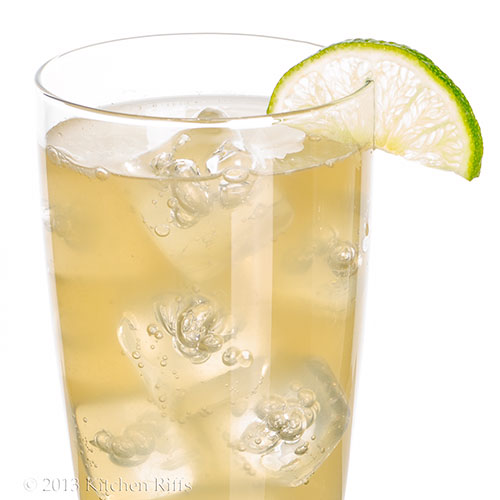 “This was the perfect drink to leave out for Santa on Christmas Eve,” said Mrs. Kitchen Riffs. “After all, he delivered the original airmail packages.”

“True,” I said. “And he deserves one of these after wrestling all those presents.”

“And keeping those reindeer in line,” said Mrs K R. “I bet they can get out of hand when they sip from the wassail bowl.”

“Yeah, I suspect they steal a little nip while Santa is busy scooting down chimneys.”

“Absolutely!” said Mrs K R. “Now you know how Rudolph got that nose so bright.”