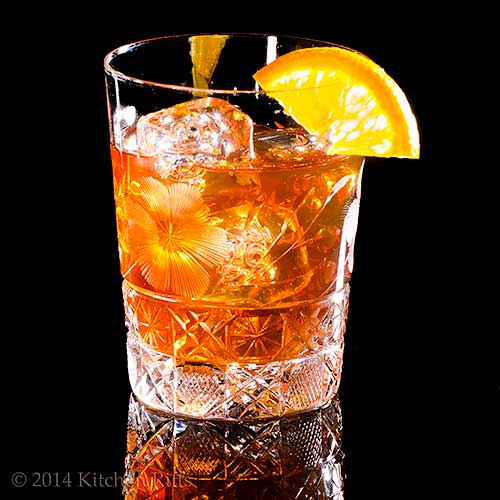 A taste of New York history

Delmonico’s restaurant opened for business in lower Manhattan in 1827—and forever changed the way we eat out in America. It was the first restaurant to introduce à la carte dining in the US. That was a major innovation at a time when most commercial eating establishments were inns or dining halls, where people ate whatever the house happened to be dishing up that day.

The Delmonico steak (a fancy cut from the short loin) was invented at the new restaurant. So too reportedly were Eggs Benedict, Baked Alaska, Lobster Newburg, and Chicken à la Keene (today known as Chicken à la King).

The Delmonico Cocktail was yet another of the restaurant’s inventions. Their house drink was a gin- and brandy-based concoction, livened up with both sweet and dry vermouth.

This sip of cocktail history still tastes great before dinner. Or as a nightcap after an evening at the theatre. 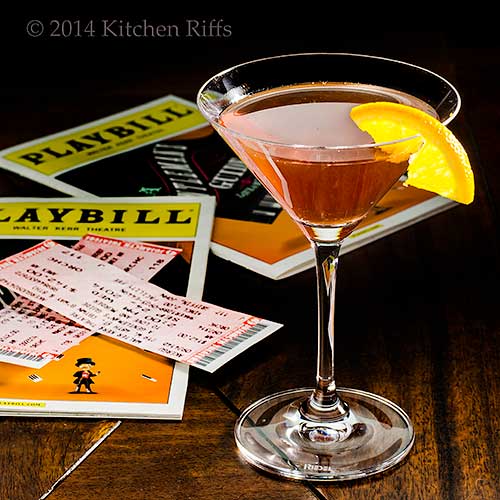 The Delmonico Cocktail—sometimes called the Delmonico No. 1—is essentially a Manhattan Cocktail with gin and brandy replacing the whiskey typically used in a Manhattan. And because the drink contains equal quantities of sweet and dry vermouth, it’s actually a form of “perfect” Manhattan. In drinks lingo, a cocktail is “perfect” when it contains equal quantities of the two vermouths.

Our favorite recipe for the Delmonico (and the one we present here) comes from cocktail historian extraordinaire David Wondrich.

This drink takes about 5 minutes to prepare, and serves one. 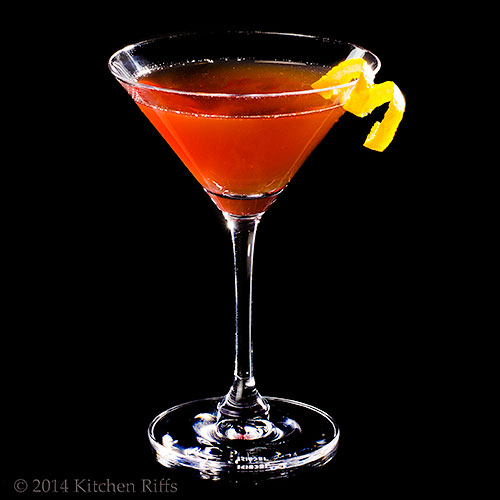 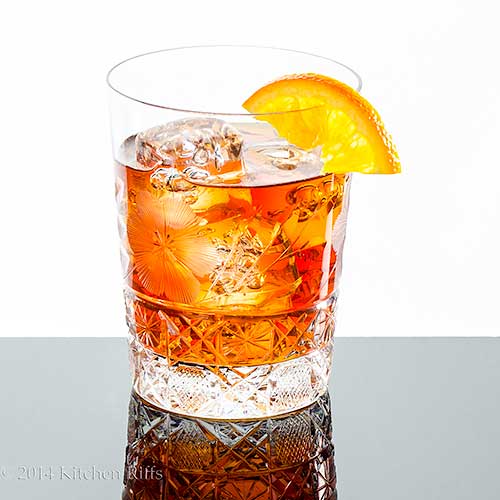 “What a great drink,” said Mrs. Kitchen Riffs. “And what a great way to celebrate New York City.”

“It is,” I agreed. “Especially since we just had a wonderful time there on vacation.”

“Great museums and theatre,” said Mrs K R. “Not to mention many wonderful old friends from the days when we lived in New York.”

“Loads of great restaurants too,” I said.

“Too bad we never made it to Delmonico’s,” said Mrs K R.

“Maybe next time,” I replied. “So much to do and see. We need to get back there, and soon.”

“Speaking of soon,” said Mrs K R, draining her glass, “that’s when I’ll be needing another one of these.”

“Good thing they’re quick to make,” I said. “I can mix us another round in a New York minute.”