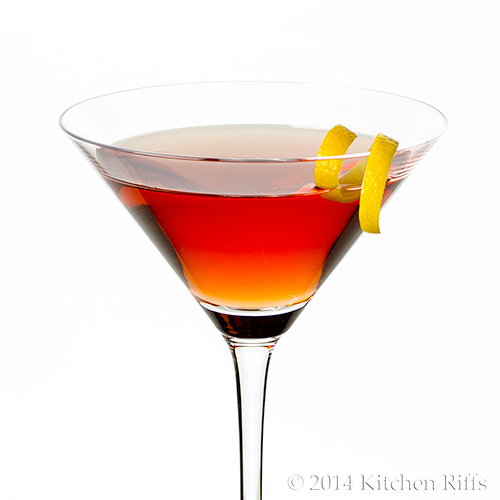 One sip, and you’ll be singing its praises

The Opera Cocktail was a classic in pre-Prohibition days. And no wonder—its lightness and clean, crisp flavor make it the perfect palate cleanser before a summer dinner.

We’ll be drinking it to celebrate the opening of Opera Theatre of Saint Louis, a summer opera festival that runs from late May through late June. Tonight marks their second performance (Mozart’s The Magic Flute), and in June they’ll be presenting the world premiere of Gordon & Vavrek’s Twenty-Seven. More about all of this later.

Even if you can’t make it to a performance at Opera Theatre, you might want to celebrate another opening: This post marks the beginning of our Summer Sippin’ and Snarfin’ Series. And the Opera Cocktail makes an excellent opening number. It’s a celebration in a glass! 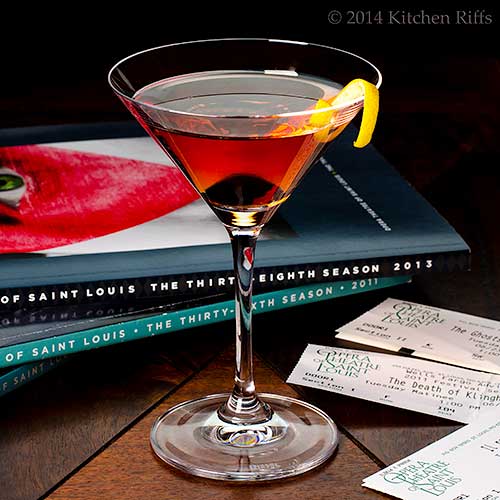 This cocktail is a mixture of gin, Dubonnet, and maraschino liqueur. So if you bought some Dubonnet to make The Dubonnet Cocktail, which we discussed a few weeks ago, now you know what to do with the rest of the bottle.

Our post offers the “standard” recipe for this drink. In the Notes, I discuss a rum-based version that’s also worth your consideration. 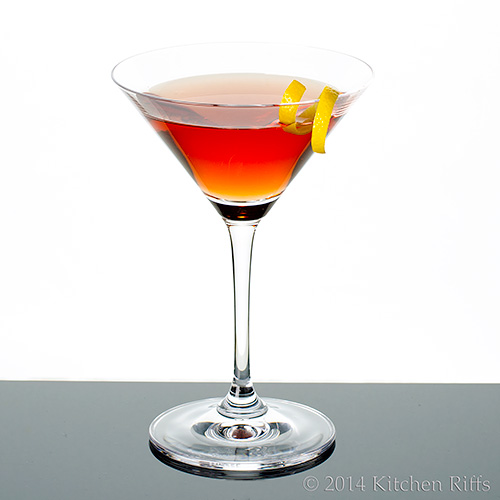 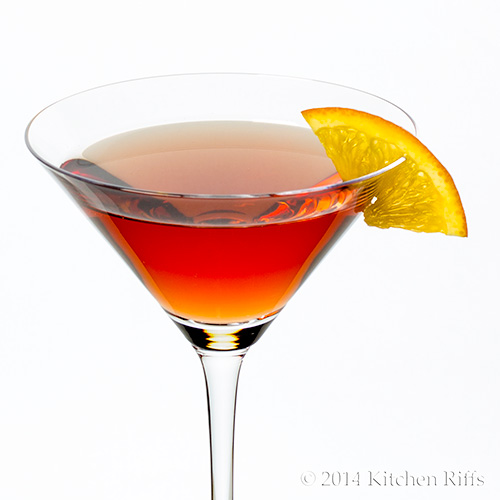 “Delicious,” said Mrs. Kitchen Riffs, tasting her Opera Cocktail. “This puts me in an operatic mood.”

“That’s the one with four operas, right?” I said. “And it goes on for something like 15 hours?”

“Think I’d rather hear about that opera we’ll be seeing in a couple of weeks,” I said. “You know, Twenty-Seven.”

“I don’t know much about it,” said Mrs K R. “It hasn’t been performed yet. We’ll be attending the world premiere.”

“So you don’t really know the story line?” I said.

“No, because this will be the world premiere,” said Mrs K R. “I just know it’s about Gertrude Stein and the Lost Generation of expatriates in Paris. You know, Hemingway and Fitzgerald and all. The title refers to 27 Rue de Fleurus, where she lived with Alice B. Toklas and held her salon.”

“What part of ‘world premiere’ don’t you understand?” said Mrs K R. “It’s never been performed, so there are no recordings and no reviews. Only a very few people—mostly the composers, the performers, and the musicians—know the details.”

“Well, at least we know what this Opera Cocktail is like,” I said. “And it makes me want to sing with joy!”

“In fact, I’m discovering vocal ability I never knew I had,” I said, clearing my throat. “Maybe I should debut my talents.”