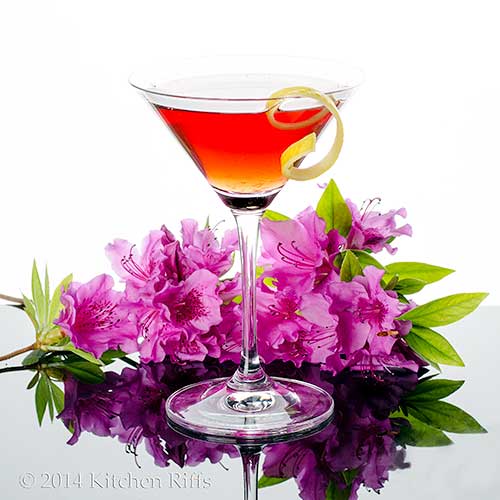 Better than flowers for Mother’s Day

Dubonnet is a sweet-tasting, wine-based apéritif that contains a bit of quinine (more about that later). Dubonnet has an interesting flavor all by itself, but it really shines when mixed in a cocktail.

Though several drinks specify it as an ingredient, the eponymous Dubonnet Cocktail is the best of the breed. This drink’s bracing flavor makes it perfect for sipping before dinner (or as afternoon refreshment). It’s a favorite of Queen Elizabeth II (and was loved by the late Queen Mother, too).

With Mother’s Day coming up this Sunday in the US, why not pour a round of Dubonnet Cocktails? After all, it’s Queen Mum-approved for mothers everywhere. 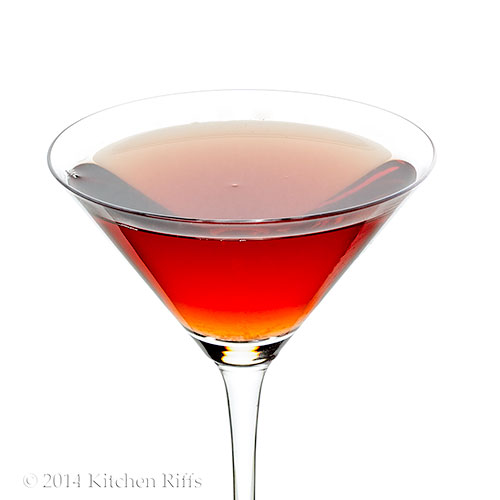 Joseph Dubonnet created his signature apéritif in 1846, inspired by a French government competition to develop drinks containing quinine. The government wanted to encourage their legionnaires in North Africa to consume quinine (which helps combat malaria), but the soldiers shunned it because of the bitter taste. Government officials hoped to make quinine more appealing by incorporating it into a tasty alcoholic beverage.

Dubonnet contains only a small quantity of quinine—in addition to the various herbs and spices that create its characteristic flavor. The alcoholic content of Dubonnet is fairly low (it’s essentially fortified wine).

Dubonnet comes in rouge (red), blanc (white), and gold varieties, but it’s the red version you want for this cocktail. Good thing, too, because that’s the only version you’re likely to see at most liquor stores.

The recipe I describe below is the classic one for this cocktail. It specifies equal parts of Dubonnet and gin, and calls for the drink to be served “up” (chilled and in a cocktail glass). But many people prefer different ratios of Dubonnet to gin, and some even like to drink Dubonnet Cocktails on the rocks. More about all this in the Notes.

This recipe serves one, and takes about 5 minutes to make. 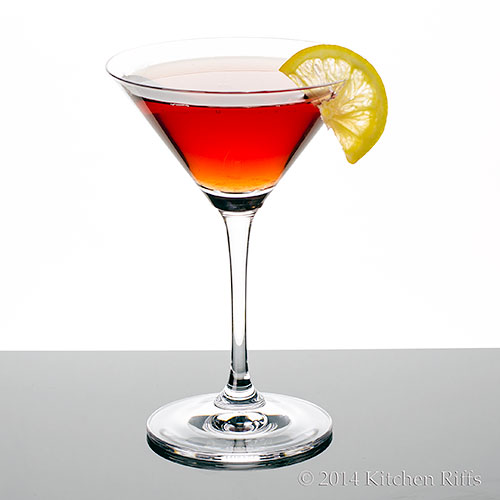 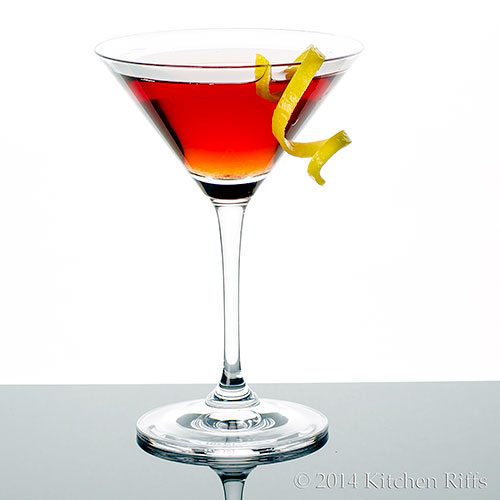 “It’s nice and light for a cocktail,” I said. “Not heavy or filling.”

“And don’t forget, it helps ward off malaria too,” I said.

“Important point,” agreed Mrs K R, polishing off her cocktail. “Never realized how much I could enjoy healthy living.”

You may also enjoy reading about:
Gin and Tonic
Airmail Cocktail
Bellini Cocktail
Bridal Cocktail
Mimosa Cocktail
Pink Lady Cocktail
Cocktail Basics
Or check out the index for more
Posted by Kitchen Riffs at 9:15 AM