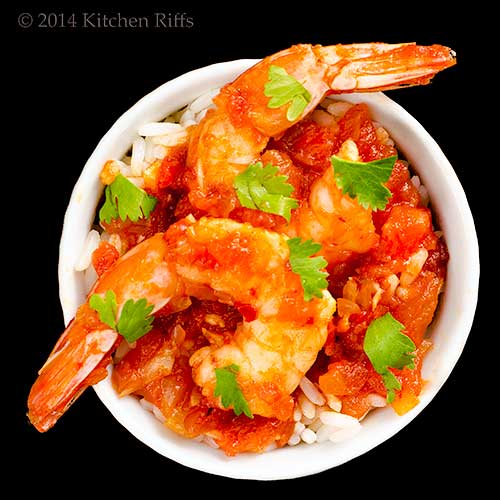 When Americans think of Mexican food, we picture tacos, enchiladas, and refried beans. But seafood? Not so much.

Which is odd, because Mexico has a long coastline with some extremely productive fishing grounds. Mexicans eat lots of seafood, and many famous seafood dishes are well known throughout the country. It’s just that many of us gringos aren’t familiar with them.

With Cinco de Mayo on the horizon, you may be planning a festive menu. So how about a traditional shrimp dish from Veracruz? It has all the zesty flavor you expect from Mexican food, but it’s lighter and healthier than many of the dishes you may know. 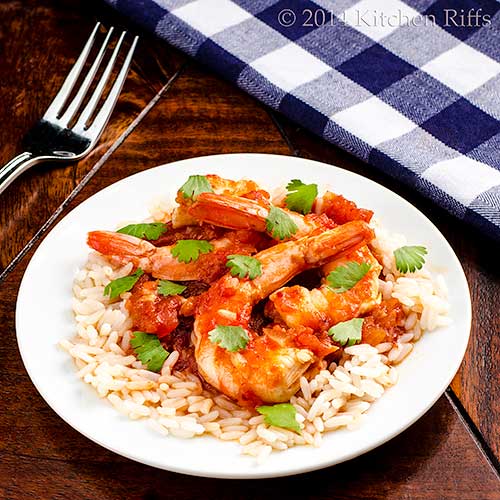 Just about every restaurant in Veracruz serves this dish—and they all probably have slightly different recipes. My version is fairly simple and straightforward. I adapted it from recipes in Rick Bayless’s Mexican Everyday and Williams-Sonoma Collection: Mexican.

This is usually a main-course dish, typically served on a bed of white or Mexican rice (I think white rice is the better choice). But you can also serve this as a sort of shrimp cocktail (I include details in the Notes). The Notes also describe a variation of this dish that uses bacon.

This dish takes about 30 minutes to prepare.

The recipe serves 3 or 4. I think it’s best eaten freshly made, but leftovers will keep for a day or two if refrigerated in an airtight container (though they do lose a little quality, IMO). 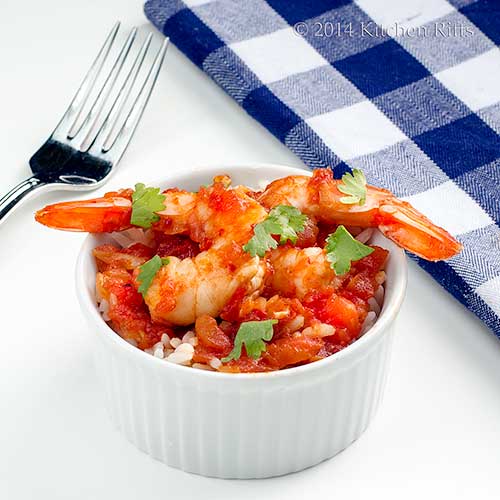 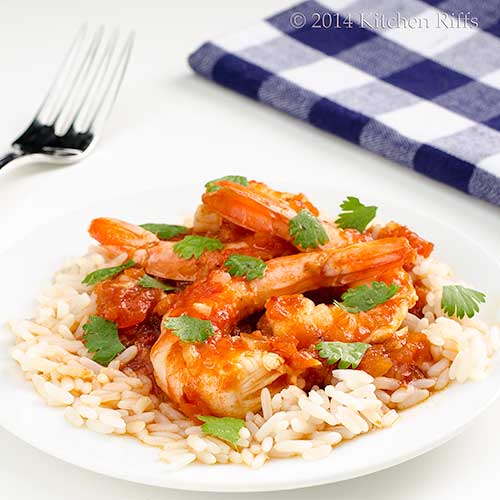 “I was looking at Rick Bayless’s recipe for this dish,” said Mrs. Kitchen Riffs. “He suggests a variation where you substitute scallops for shrimp.”

“Yes, but the shrimp version is a classic,” I said.

“I really, truly adore scallops,” said Mrs K R. “Did I mention that?”

Yes, I think she did.

Scallops in Chipotle Sauce, anyone?