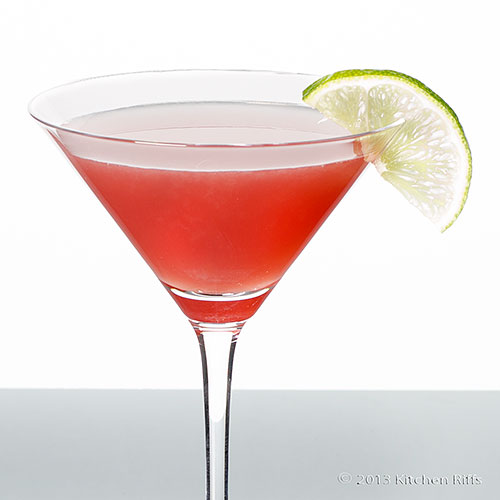 So who is this David Embury? And what is a “basic cocktail,” anyway?

Patience—all will be revealed in time. But first, we need to introduce this tasty delight.

The Jack Rose is made with applejack, a variety of apple brandy. Applejack goes back a long way—it was extremely popular in North America during colonial times, and was the first spirit to be licensed for commercial production in the United States.

This drink is simplicity itself to make. Pour a slug of applejack, add freshly squeezed lime juice (or lemon—your choice), splash in some grenadine (the real stuff, please), and mix with ice. The result? An appealingly tart drink with just the right balance of sweetness. Not to mention gorgeous color.

The Jack Rose is perfect for sharpening appetites before an autumn dinner. Especially that big dinner you may be planning for the 4th Thursday of November (you know, the one they call Thanksgiving). 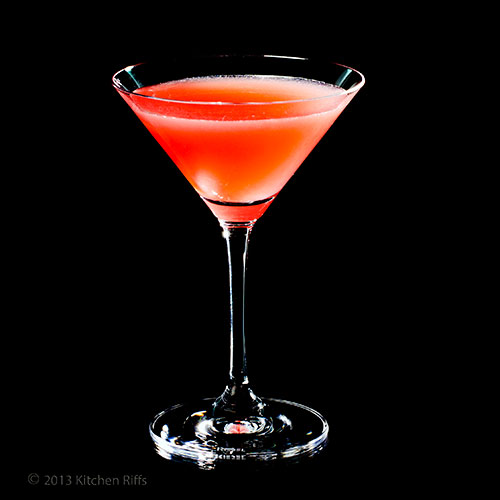 Most brandies and cognacs are made from grapes. Applejack brandy is made from apples (or cider)—originally by a process called freeze distillation.

The only brand of applejack you’re likely to find in your liquor store these days is one made by Laird & Company, which is the oldest licensed distillery in the US (having obtained License No. 1 from the US Treasury Department in 1780). What you’ll probably see on the shelf is their 80-proof applejack; it includes some neutral grain spirits, which (alas) dilute the flavor somewhat. Laird also makes a bonded (100 proof) version, but it’s hard to find. You can substitute a French calvados for applejack if you like, though that’s a pricey (albeit excellent!) substitution.

Grenadine provides essential flavor in this drink. Which means you definitely need to use real (i.e., pomegranate) grenadine. The brand of grenadine you’re most likely to find in your liquor store (Rose’s) contains no pomegranate, just artificial flavors and coloring. But worry not. It’s quite easy to make your own grenadine; for complete instructions, see our post on Homemade Grenadine.

Originally, this drink was made with lemon juice. Then, somewhere along the way, lime became the citrus of choice. It’s good with either juice, though I prefer lime—so that’s what I’ve included in my version.

Most recipes for the Jack Rose are similar. I’m using the one from David Wondrich’s Imbibe! 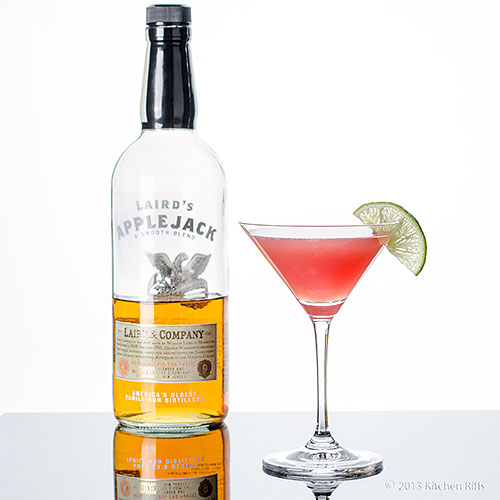 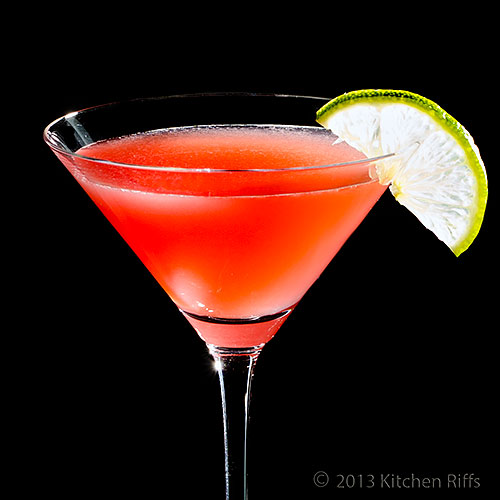 “Love the color of this,” said Mrs. Kitchen Riffs, hoisting her glass. “The flavor too.”

“So I noticed,” I said, observing her happy sipping.

She ignored my Embury-inspired dryness. “The lime and grenadine play nicely together.”

“Think we should try this with lemon next?” I asked as she drained her glass.

“But of course!” said Mrs K R. “We’re known for the depth of our cocktail research.”

“Thanks for putting it that way,” I said, mixing us another round.

“Though the lime is somewhat better,” I said between tastes.

“Agreed. But I’d be happy to drink either.”

That’s Mrs K R—always ready to make the best of any situation.

You may also enjoy reading about:
Homemade Grenadine Whiskey Sour
Martini
Manhattan
Old-Fashioned
Classic Daiquiri
Sidecar
Or check out the index for more
Posted by Kitchen Riffs at 9:15 AM