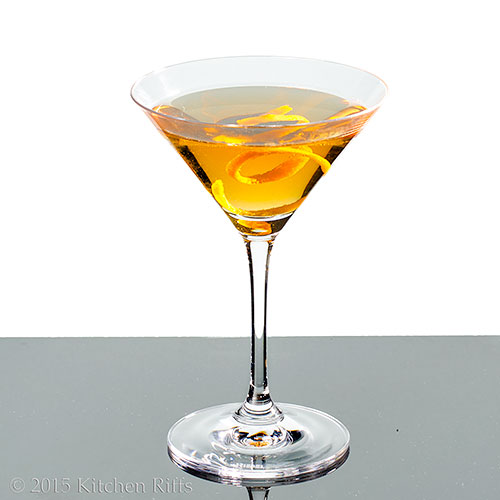 El Presidente was named in honor of an early 20th-century president of Cuba. Or maybe two different presidents (more about that in the Notes).

No need to worry about the name, though. What’s important to know is that this cocktail has a wonderful “nose,” with a slightly sweet flavor. It’s crisp and refreshing, a wonderful accompaniment to the savory appetizers you’ll be serving at warm-weather festivities.

And speaking of festivities, this Sunday is Father’s Day here in the US. Families will be gathering to toast the leader of the clan. So what could be more appropriate than a round of El Presidente Cocktails? Hail to the chief. 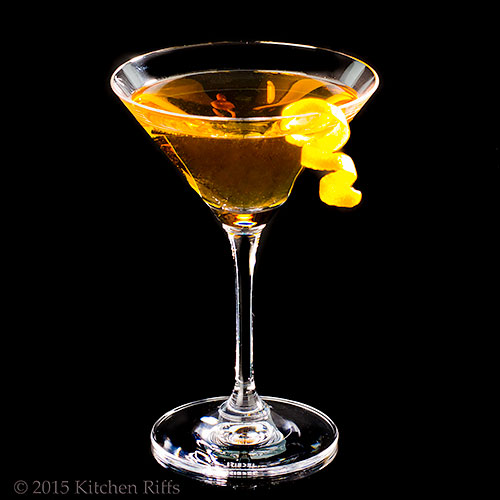 Back during the Prohibition era, Cuba was a favored playground for thirsty US citizens with the means to travel. They enjoyed the fun and sun, of course—Cuba had great beaches, restaurants, and entertainment. But it was the availability of booze that really drew Americans to the island.

Rum (especially white) is the liquor of choice in Cuba. So barkeeps served lots of rum-based drinks, many of which are still popular today. The Mojito came from Cuba, for example. As did the Daiquiri.

And of course El Presidente. There are a couple of different variations on this cocktail (see Notes), but the classic combines white rum with dry vermouth and orange curaçao. We like the version that cocktail historian extraordinaire David Wondrich mixes, so that’s what you find here. 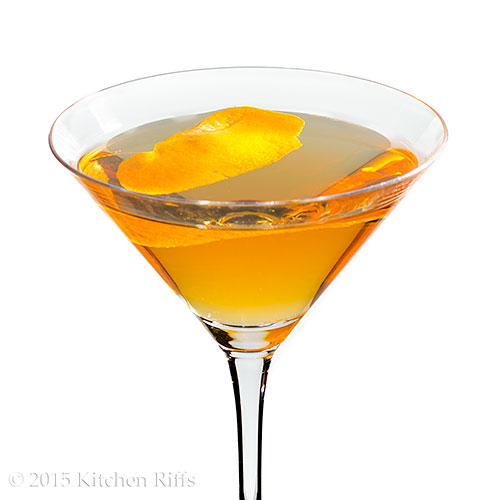 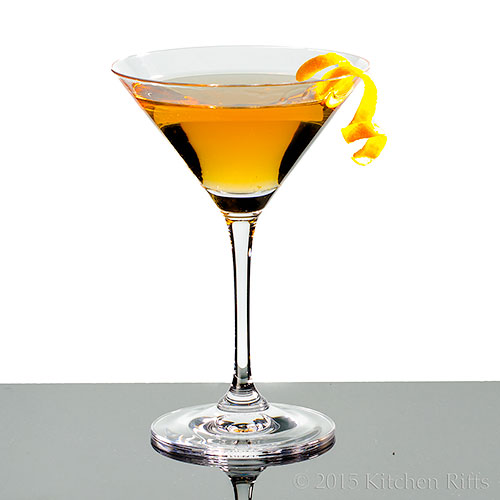 “Such a swell drink,” said Mrs. Kitchen Riffs. “One of many that originated in Cuba.”

“Yeah, it would be fun to drink this at the source,” I said. “In Old Havana.”

“Well, it looks like travel restrictions to Cuba are easing for US citizens,” said Mrs K R. “Take a look at this article in the The New York Times.”

“Hmm,” I said, reading over her shoulder. “It says that beach holidays aren’t OK. But trips with an educational purpose make the grade.”

“We’d have to maintain a pretty full itinerary, though,” I said. “The article says no downtime is permitted for idle sightseeing.”

“Hey, no problem,” said Mrs K R. “We could easily spend a whole week in restaurants and lounges, researching authentic food and drink. We could learn all about classic Cuban dishes. You know—black bean soup, roast pork, arroz con pollo.”

“True, we could get months’ worth of recipes,” I said.

“And we’d be doing it all for the blog,” said Mrs K R. “It would be a service to our readers!  Selfless of us, don’t you think?”

“Absolutely,” I said. “And don’t forget that Ernest Hemingway had a house in Cuba. He spent a time lot of time there.”

“And everywhere he went, he visited bars—lots and lots of bars,” said Mrs K R.

“Heck, tracking down all his old haunts could take a month, maybe two,” I said.

“That sounds like some serious education,” I said. “And of course we’d publish all our research on the blog. With pictures.”

“Right,” said Mrs K R. “Many shots of empty plates and glasses. Just to prove how diligently we worked.”

That’s my Mrs K R—always a tireless worker. With such a reverence for learning.