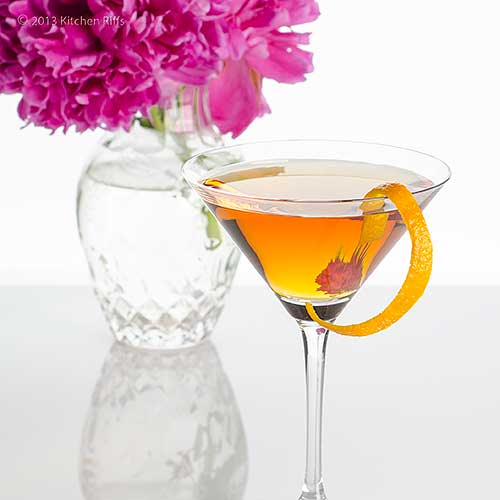 A great apéritif for wedding season

Now that Memorial Day has come and gone, summer is officially here in the US.  And with it comes our Summer Sippin’ Series:  We’ll feature a different summer-appropriate drink every week from now through Labor Day.  (But we haven’t lost interest in edibles!  We’ll still feature at least one food post a week.)

June marks the high season for weddings in the US.  So what drink could be more appropriate to launch our series than the Bridal Cocktail?

This drink is actually a take on the original, 19th century Martini, which was much sweeter than today’s version (more about that in the Notes).  The modern Dry Martini (a mix of gin and dry vermouth) puts some people off, but the Bridal will appeal to a wider audience. It has as much booze as the Martini, but it contains sweet vermouth, which tames the gin and makes for a smoother drink.

Still, this cocktail is dry enough to serve as an apéritif — its crisp flavor stimulates the appetite and won’t overwhelm the food that follows. So it’s perfect for pre-dinner drinking at engagement parties, rehearsal dinners, or wedding receptions.

Even if you don’t happen to be attending one of those events, this drink is well worth your attention. Its softer flavor is better suited to warm weather than better-known drinks like the modern Martini or Manhattan Cocktail, and it’s a nice change of pace from traditional summer drinks, such as the Classic Daiquiri or the Gin and Tonic.

Best of all, it has a seductive flavor that will make you glad to embrace summer — now that it’s finally here again. 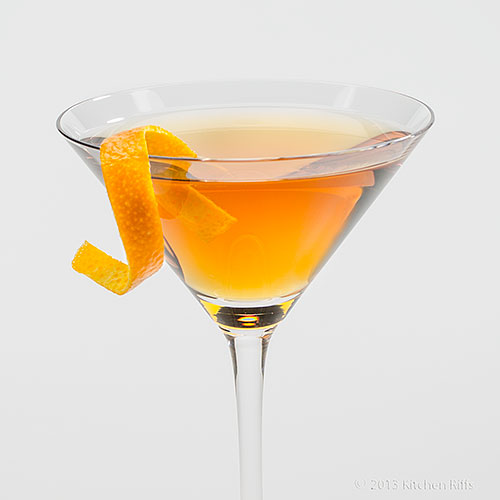 Beefeater is my go-to gin for most mixed drinks, and it works in this cocktail.  But many people favor Plymouth for the Bridal Cocktail — and I agree (the botanicals in Plymouth do seem to make a good drink better).  Feel free to try this cocktail with any gin you have on hand.  But if the drink becomes a favorite, you owe it to yourself to experiment with Plymouth.

This cocktail also contains Maraschino liqueur, a clear liquid with a slightly bitter flavor. It’s the polar opposite of the red juice that sweet maraschino cherries are packed in (so the two are definitely not interchangeable). The Luxardo brand is widely available, and of excellent quality.

All the ingredients for this cocktail are transparent (i.e., they don’t contain citrus or other elements that could make it cloudy). So it’s better to stir this drink rather than shake it (for more about shaking vs. stirring, see my post on Cocktail Basics.) Shaking introduces oxygen, creating bubbles that cloud the drink somewhat. If you stir, the cocktail remains crystal clear.

This recipe takes ~2 minutes active time to mix, 5 minutes total if you include the time to find the glasses, bottles etc.  It serves one. 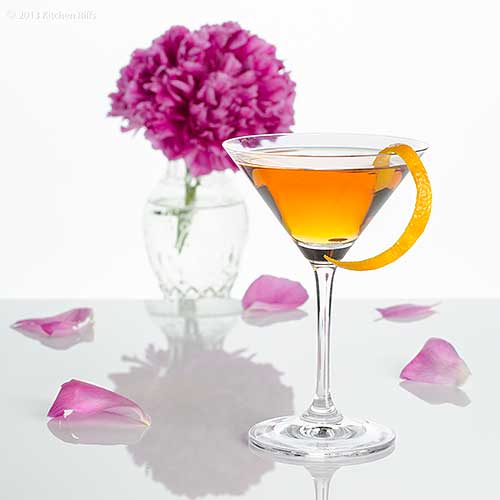 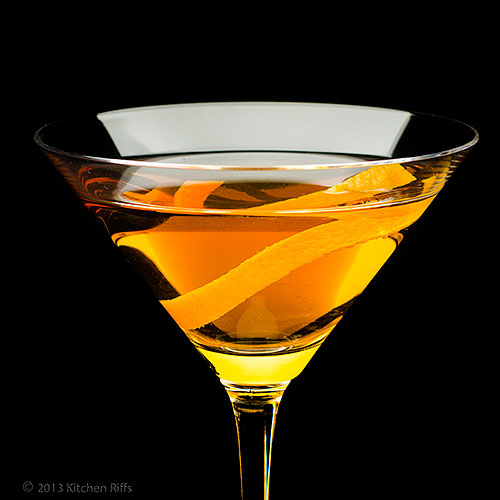 June is Wedding Month (for Some Reason)

“Not a bad drink,” said Mrs. Kitchen Riffs reflectively as she alternated sips between two versions of The Bridal Cocktail — one made with Beefeater gin, the other with Plymouth.  “The one with Plymouth gin is definitely better, don’t you think?”

“It is,” I agreed.  “Say, why is June considered the traditional wedding month anyway?”

“Beats me,” said Mrs K R, pondering.  “It’s custom of course, but why?  This sounds like a question for the source of all wisdom and knowledge — the Internet!”

“Hmm,” said Mrs K R, “there’s a theory that June weddings became popular in the middle ages because people were relatively clean after having taken their annual baths in May!”

“That might be TMI,” I said.  “Although May was probably the first warm month in much of the Northern Hemisphere, so I guess it makes sense.  If you can say that taking one bath a year makes sense.”

“Hey, I found a better source,” said Mrs K R. “It speculates that the custom came from the Romans.  June was devoted to celebrating Juno, after whom the month was named.  She was the Roman goddess of marriage.  So I guess people thought it would be lucky to get married then.”

I looked over Mrs K R’s shoulder and read the screen.  “Yeah, and it also says June weddings usually meant the bride would conceive before the fall harvest, but would still be in shape to help in the fields, bringing in the crops.  How romantic!”

“Yup,” said Mrs K R, pointing at the screen, “and the baby would be born in time for the wife to recover enough to help with spring planting!”

So the next question is:  How did the Bridal Cocktail get its name?  After that last research adventure, Mrs K R and I decided we didn’t really want to know.