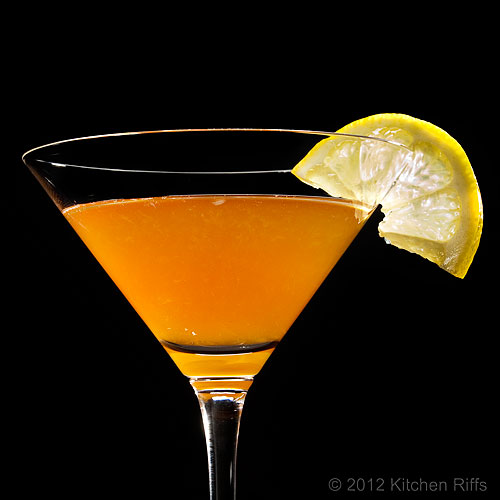 July means big doings in France.  On the 14th — le quatorze juillet (Bastille Day) — France celebrates her “national day” with festive eating, drinking, and fireworks. There will be a military parade along the Avenue des Champs-Élysées, a broad, beautiful boulevard that runs through the heart of swanky northwestern Paris.

And throughout the first 3 weeks of July, France hosts the most famous bicycle race in the world, Le Tour de France. This 2000+ mile race takes cyclists through some of the planet’s most gorgeous scenery — and up some of its toughest mountain climbs. On the last day of le tour (July 22 this year), the cyclists ride triumphantly to Paris, where they finish with a sprint around the Champs-Élysées (usually riding 8 circuits of the avenue, about 19 miles total) at speeds exceeding 40 miles an hour.

Those of us who aren’t lucky enough to be in Paris this July can create our own celebration — with The Champs Élysées Cocktail. 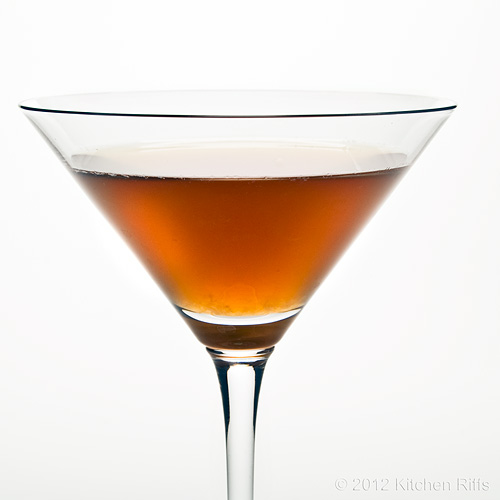 The Champs Élysées tastes a bit like The Sidecar. So if you like that drink (one of my favorites!) you’ll enjoy this.

Chartreuse, however, may be new to you. When you think Chartreuse, you probably picture a distinctive shade of green. And in fact the tint got its name from this liqueur, which has been produced in exactly this hue since the 1740s (there is also a yellow version; more in the Notes). Chartreuse gives the Champs Élysées Cocktail a bit of an edge. You definitely know there’s something going on in this drink — something pretty tasty.

I learned about this cocktail from reading Robert Hess’s discussion on his website, DrinkBoy. According to Hess, the recipe for this drink first appeared in print in 1930 in The Savoy Cocktail Book by Harry Craddock. My recipe is adapted from these sources.

This recipe serves one, and takes 5 minutes to prepare. You can easily scale up the measurements to serve as many as you like. 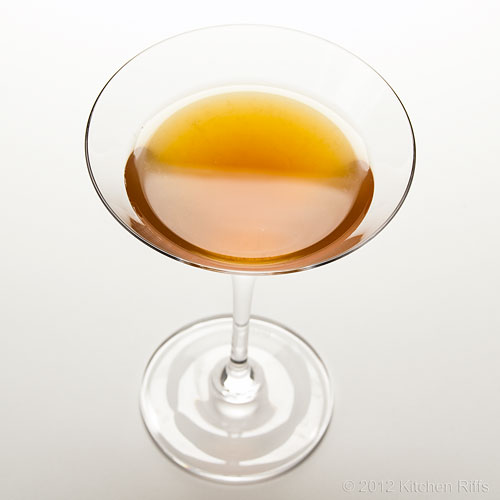 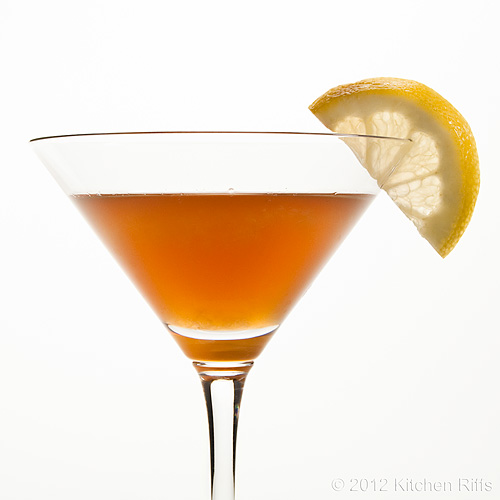 July 14 earned its special place on the calendar in 1789, when French revolutionaries stormed the Bastille, a Paris prison and munitions warehouse.  The Bastille was a symbol of royal tyranny that had once housed political prisoners, but the revolutionaries weren’t aiming to free the oppressed.  They really wanted the considerable quantities of gunpowder and shot that were stored there.  (At that point, only 7 prisoners were on the premises, none for political reasons, and the Bastille was actually in the process of being shut down).

The storming was a bloody affair (98 people — revolutionaries and prison defenders — died).  After taking the Bastille, the revolutionaries barricaded the streets of Paris, bracing themselves for a counterattack by the French army — an attack that never came. The streets of Paris were narrow then, and easy to blockade, allowing revolutionaries to create deadly chokepoints where soldiers could be ambushed. And Parisians had been using this tactic for a long time, most notably on the Day of the Barricades in 1588.

It was this proclivity to barricade that eventually led officials to install the wide avenues and charming parks that grace much of today’s Paris. During the mid-19th century, Napolean III carried out a vast renewal of the city. It included reworking street and sewer grids, regulating building facades, and erecting public monuments. Often called the Haussmann Plan (after Baron Haussmann, who directed the work between 1853 and 1870), this renewal made Paris stunningly beautiful — while also broadening key streets so Parisians could no longer barricade them so easily.

The Avenue des Champs-Élysées wasn’t created by this plan (its existence predates Haussmann), but it’s a great showcase for the best of French urban design. It’s also one of the most famous streets in the world, and is home to exclusive shops and high-rent real estate. It’s a great place to sit at a sidewalk café and watch life stroll past — in a world forever changed by the French Revolution.

So this July 14th, hoist a Champs Élysées Cocktail to those brave revolutionaries. And on July 22nd, be sure to sip a Champs Élysées (the drink) as you watch those Tour de France racers tear around the corners of the Champs-Élysées (the street) on their flimsy bikes at breathtaking speeds. You may be reminded of a favorite saying popular in New Orleans (with its Cajun/French heritage): Laissez lez bons temps rouler!