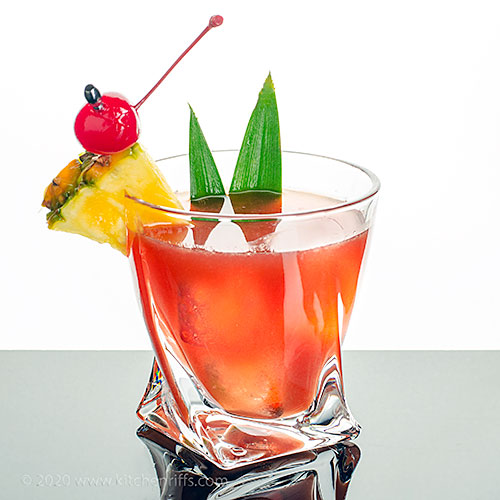 Ahh, Tiki drinks: The soul of sweet laid-backness. Nothing bitter about them.

So what is Campari doing in this cocktail? Just enjoying a tropical vacation with its new friends, Jamaican rum and pineapple juice. The result sings like a nightingale and ruffles no feathers.

Mix up a Jungle Bird next time you’re yearning to fly away to Kuala Lumpur. And make enough for your friends. They’ll flock to this one. 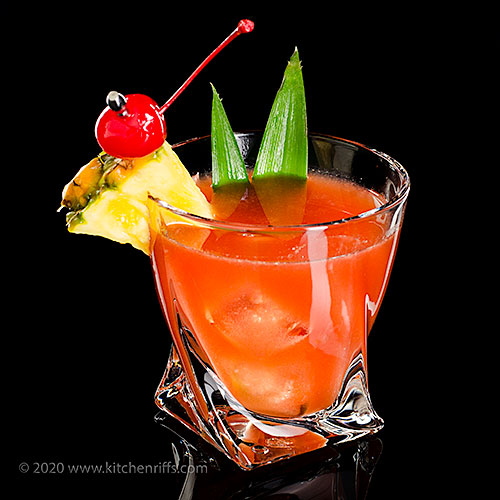 The Jungle Bird Cocktail hatched at the Kuala Lumpur Hilton’s Aviary Bar during the 1970s. It served as a welcome drink for the hotel’s patrons. More history in the Notes.

As is the case with many Tiki drinks, the recipe for the Jungle Bird has probably evolved somewhat over time. We adapted our version from one we found in Jeff Berry’s Beachbum Berry Remixed. 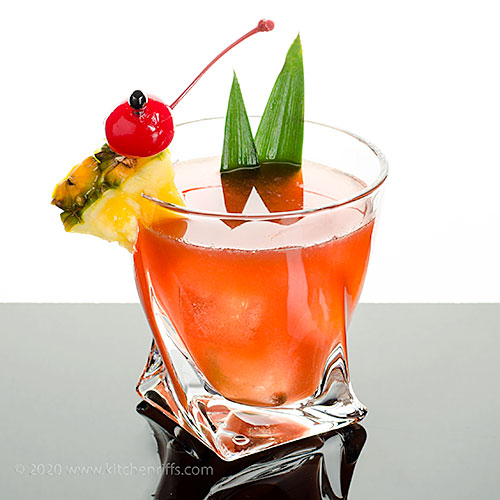 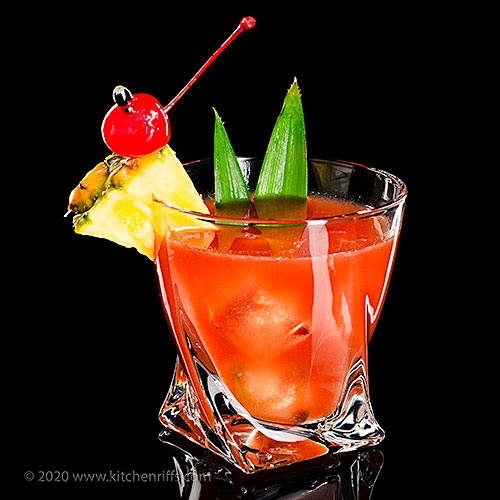 “Rockin’ robin!” said Mrs. Kitchen Riffs. “This drink is graceful as a swan.”

“It’s a rare bird, especially with the Campari,” I said. “But great for cockatiel hour.”

“Gee, I thought it was owlsome,” I said.

Think I’ll stop this before we both have egrets.