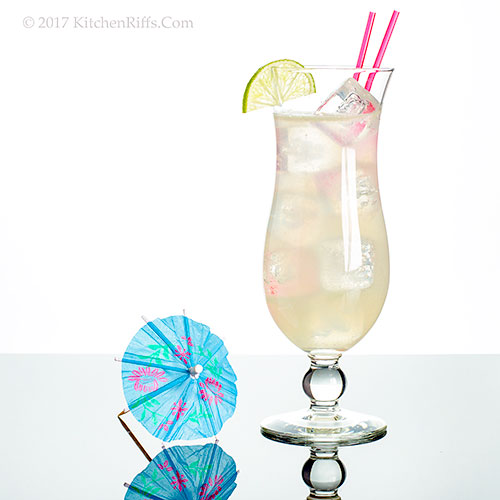 Invented in 17th century India, this may be among the oldest “mixed drinks”

You might think punch is just a watered-down kiddie drink, fit only for holiday gatherings.

Well, let us introduce you to the Bombay Presidency Punch. Its ancestry features hard-drinking sailors, East India traders, and a Hindustani-inspired name. 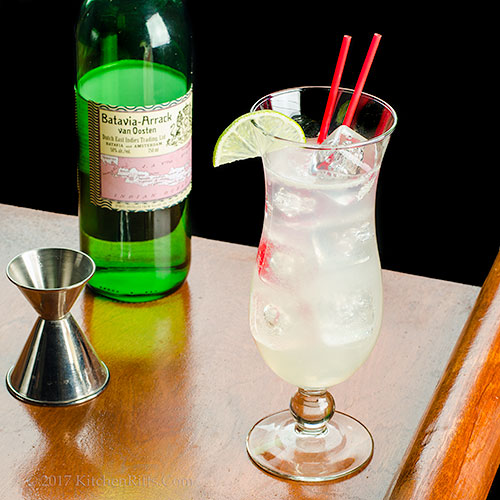 The Bombay Presidency Punch owes its name to General Sir John Gayer, who wrote down a recipe for it in 1694. Gayer was the East India Company’s governor of the “Bombay Presidency” – as the trading company’s possessions in that part of India were called. He recorded the formula for the punch that he made during his time there.

The punch was later discovered by sailors and merchants who traveled to the area looking to open up trade routes for gold and nutmeg. They mixed the locally produced spirit with citrus, sugar, and spices to create “punch” (the name might be derived from the Hindustani word paantsch, which means “five” – the number of ingredients in a typical punch of that time).

How do we know this? Cocktail historian extraordinaire David Wondrich writes about it in his wonderful book, Punch: The Delights (and Dangers) of the Flowing Bowl. We got the book from our good friend Louise, author of the blog, Months of Edible Celebrations. She’s an avid cookbook collector, and had an extra copy. Thanks Louise!

We’ve adapted Wondrich’s recipe to make a single-serving punch – essentially a cocktail. But we provide the full recipe in the Notes if you want to recreate this punch for a crowd. We like to serve our adaptation with ice (we think it suits modern tastes better that way).

The liquor originally used in this punch – and in most punches from Asia – is arrack, a spirit that’s usually made from sugarcane, rice, and/or palm. It tastes somewhat like a raw, minimally processed rum (with funky undertones).

Gayer specified palm arrack for this recipe (Sri Lankan coconut palm arrack works best, so we hear). Palm arrack is hard to find these days, however. In the US, it’s easier to find sugarcane arrack, especially the Batavia-Arrack van Oosten brand from Amsterdam (see the bottle in picture #2). Our favorite liquor store doesn’t stock this, but was able to order it for us.

No arrack on hand? Just substitute a strongly flavored rum that’s a bit on the raw side. The flavor of this punch won’t be “original,” but it’ll still be good. 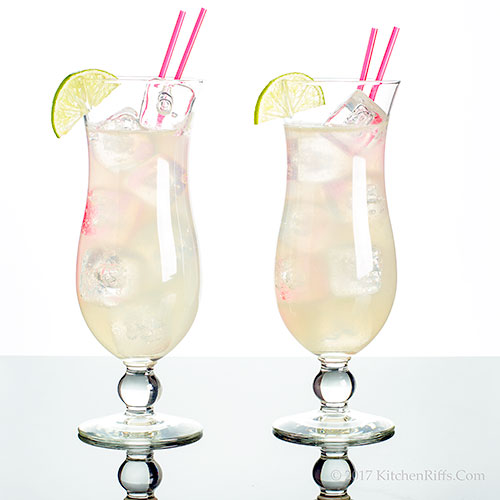 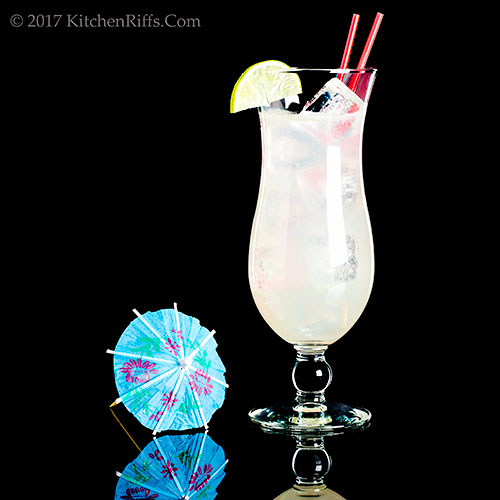 “So glad he stumbled across our part of the world, looking for the East Indies.”

“Indeed,” said Mrs K R. “Those European explorers pulled no punches in their quest for trade.”

“Their discoveries packed a punch, too,” I said.

“And here we are today, punch drunk,” said Mrs K R. “Who knows what the future will bring?”

You may also enjoy reading about:
Simple Syrup
Pimm’s Cup
Tom Collins
Planter's Punch
Pusser's Painkiller
Singapore Sling
Eggnog
Or check out the index for more
Posted by Kitchen Riffs at 8:30 AM