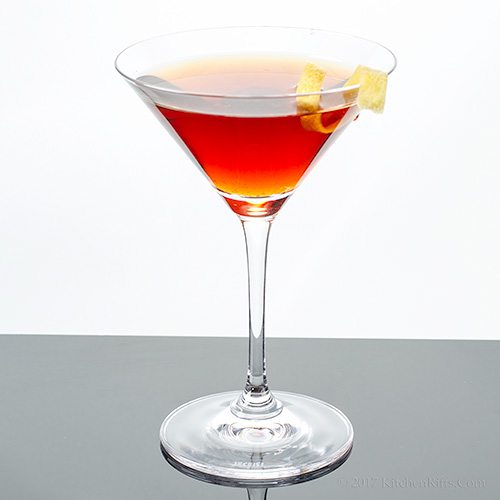 This spicy Manhattan-lite is perfect for summer

We love us a Manhattan Cocktail. As traditionally made, though, it can be a bit heavy for warm weather.

But fear not. The Fourth Regiment is here to save us.

It has less whiskey and more sweet vermouth than a traditional Manhattan, so it’s less alcoholic. And it uses three different kinds of bitters, which gives it a spicy, aromatic flavor that pairs well with many summer foods. Like barbecue, for example.

Sometimes it pays to march to a different drummer. 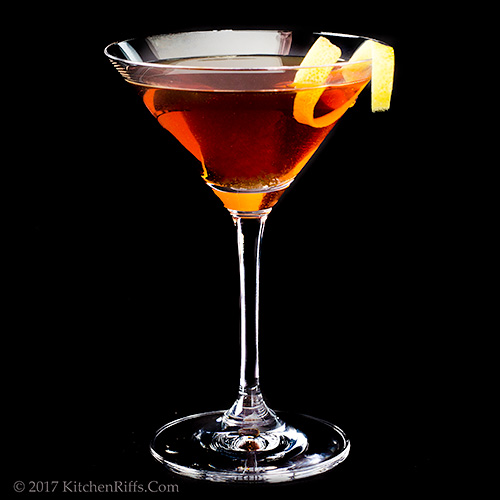 This is an old drink, dating back at least to 1889. But it’s been forgotten about in recent decades. That’s probably because one of its key ingredients – celery bitters – went out of production.

But good news! Celery bitters are available again in the US, so we can start making drinks (like the Fourth Regiment) that call for them.

We learned about this drink from Robert Hess, and we use his recipe. Our friend Greg Henry also has a nice version of this drink on his blog, Sippity Sup. 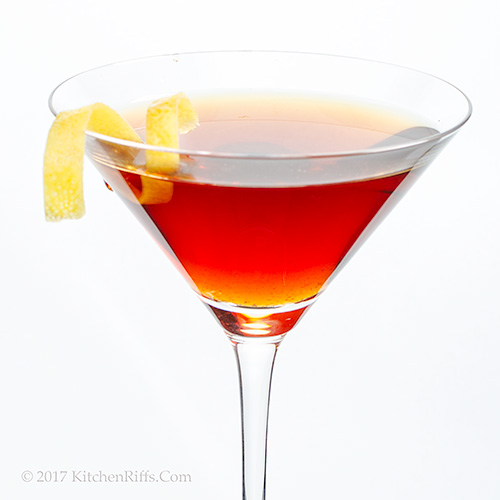 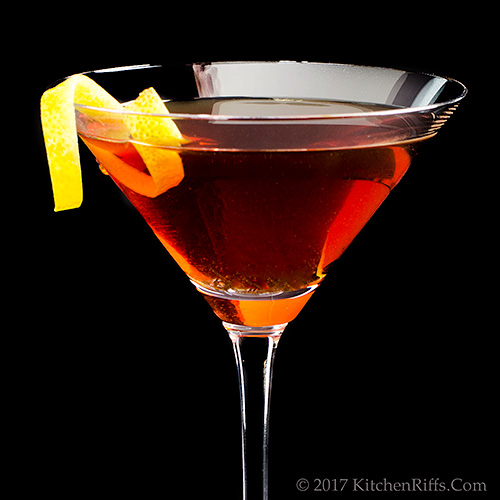 “Love the celery bitters in this drink,” said Mrs. Kitchen Riffs. “Hard to believe they fell out of favor for so long.”

“And how could drinkers have forgotten this cocktail?” I said. “It’s perfect for summer.”

“I guess the blotto have short memories,” said Mrs K R. “So which Fourth Regiment was this named after?”

“Alas, no one knows,” I said. “The history of the cocktail has been lost.”

“Along with the drinkers’ watches and wallets, no doubt,” said Mrs K R.

“Guess we need to drink this more often,” I said. “To keep its memory alive.”

You may also enjoy reading about:
Manhattan Cocktail
The Hern's Cocktail
Blackthorn Cocktail
The Brainstorm Cocktail
Fanciulli Cocktail
Or check out the index for more
Posted by Kitchen Riffs at 8:30 AM