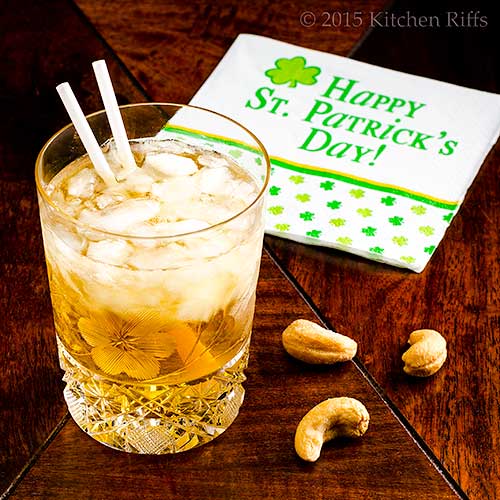 A drink made with Irish whiskey? Perfect for St. Pat’s Day

If you’re looking for an alcoholic beverage to celebrate St. Patrick’s Day, you have plenty to choose from. In the US, Guinness stout and green beer are traditional favorites. Or maybe you’d prefer a shot of Irish whiskey with a beer chaser (green, of course). And there’s always Irish Coffee.

But this year, how about something different? The Brainstorm Cocktail is an Irish whiskey-fueled elixir, so it’s totally appropriate for the day. And its intriguing flavor will have people coming back for seconds.

If anybody asks how you came up with the idea for this drink, just smile modestly—and tell them it was a brainstorm. 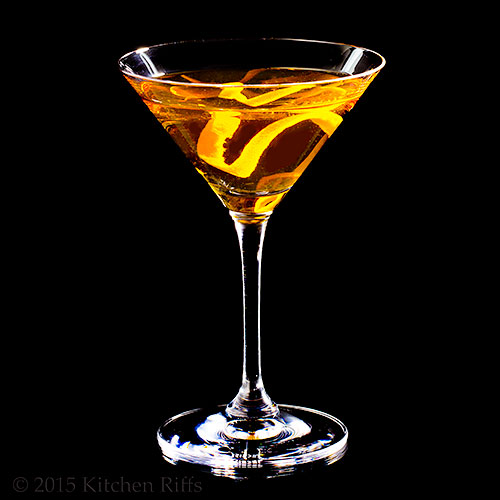 A Brainstorm combines Irish whiskey with dry vermouth and Bénédictine liqueur. You can also find versions of this drink made with rye (or even bourbon), but we much prefer the Irish whiskey version.

This drink is most often served “up” in a cocktail glass. But David Wondrich suggests trying it over ice in a rocks glass as an after-dinner drink. We prefer it that way—particularly when we fill the glass with crushed or shaved ice and sip the drink from a straw.

We also like Wondrich’s recipe, so that’s what we use here (but see the Notes for possible variations). 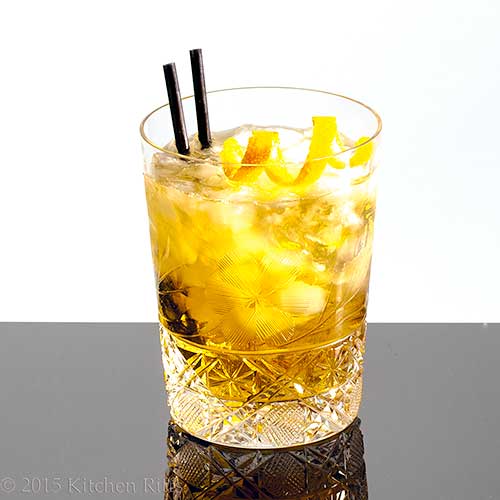 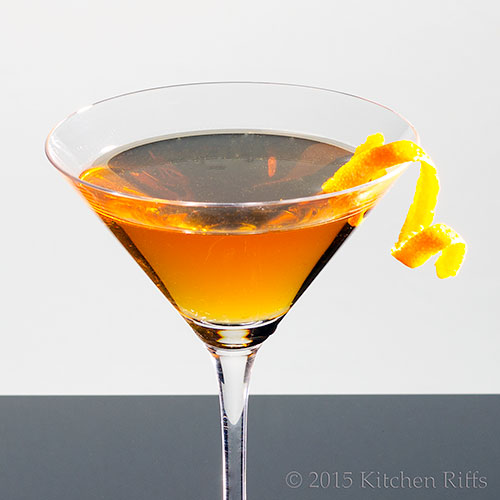 “Interesting drink,” said Mrs. Kitchen Riffs. “Which version do you prefer—up or on the rocks?”

“Definitely the rocky version,” I said. “Easy decision, in fact. I don’t need to rack my brains about it.”

“Yes, it’s a no-brainer,” said Mrs K R. “The rocks make a nice slow sipper out of this drink.”

“It would be easy to toss back too many of the up version,” I said. “And then you’d be brain dead.”

“Better stop before we get too addle-brained,” said Mrs K R.