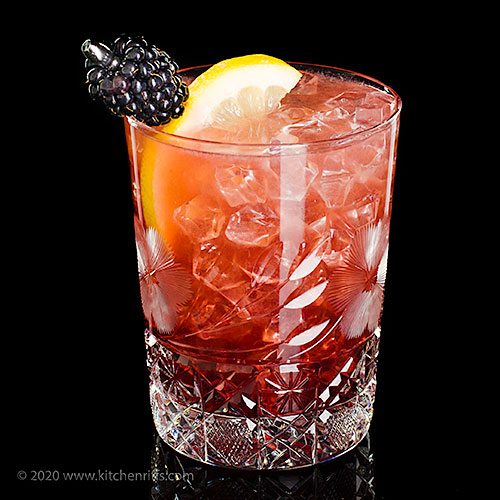 A blackberry ramble with London gin

Fresh summer berries. What could be better? Well, maybe a cocktail that salutes their perky flavor.

Like the Bramble. It celebrates blackberries, which grow wild in much of the world — to the delight of berry pickers.

So mix up a Bramble for a hit of summer-suffused refreshment. Without the thorns. 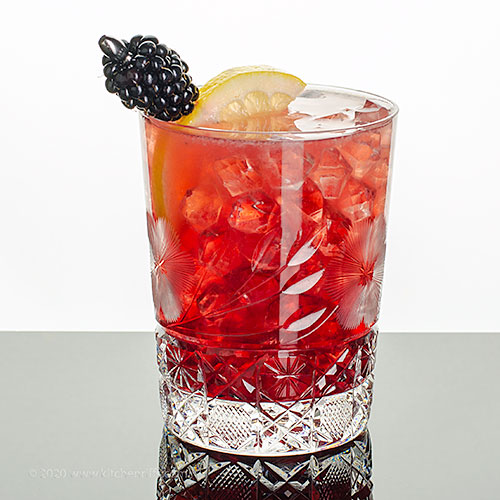 The Bramble is made with dry gin, lemon juice, and simple syrup – making it a form of gin sour. What distinguishes the Bramble, though, is crème de mûre (blackberry liqueur), which gives the drink deep color and tangy flavor.

If you don’t have crème de mûre on hand, you can substitute crème de cassis (blackcurrant liqueur). The flavor is slightly different, but close enough that it makes for a pleasant-tasting Bramble.

This drink is meant to be served over crushed ice in a rocks glass. Or you can substitute ice that’s been finely chipped (that’s what we generally use). 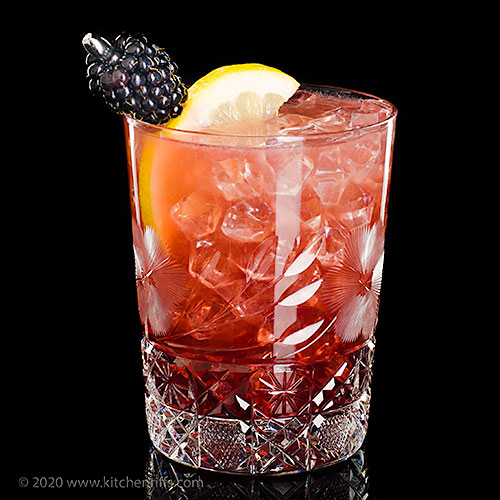 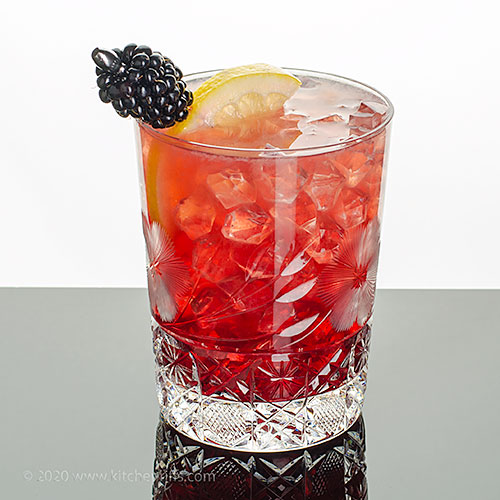 “Slurp-o,” said Mrs. Kitchen Riffs. “This is what I call fruit punch.”

“It’s so unberry-able when you fail to find my humor a-peeling,” I said.