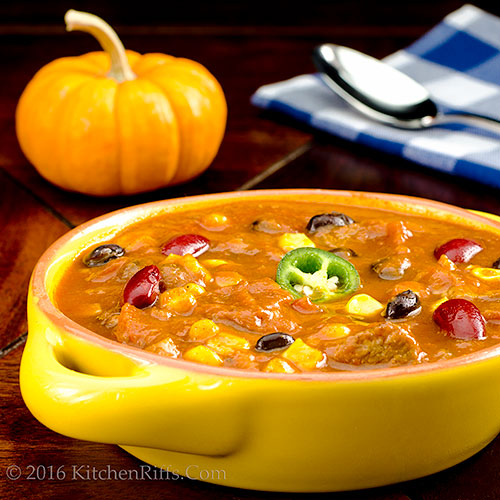 Perfect for Halloween. And you can freeze the leftovers for Thanksgiving eve!

It’s pumpkin season in our part of the world. Chili season too.

So, hey, pumpkin chili. Pumpkin adds unique flavor (not to mention a rich, creamy texture), and it plays well with pork.

Sounds like a trick, we know. But it’s a real treat. 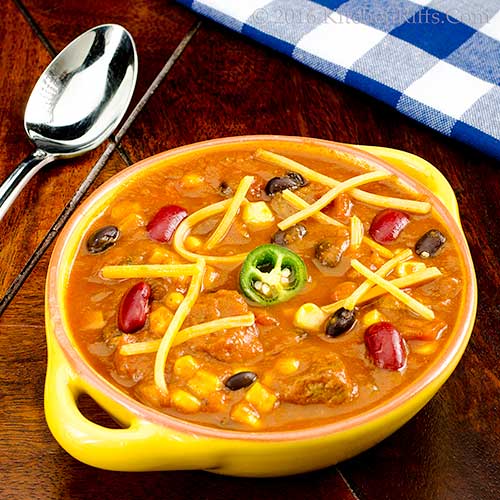 We use canned pumpkin in this dish, but you could easily use fresh, roasted pumpkin. We add some cinnamon, too. Cinnamon tastes terrific with both pumpkin and pork, and also works well with chili spices.

We include a few jalapeño peppers in this dish for flavor and heat. You could also add spicy green peppers if you like – Hatch or poblano chiles would be wonderful.

This recipe makes a lot of chili – about 5 quarts. That’s probably way more than you can use at one time, unless you’re feeding a crowd. But this chili freezes well, so you can save some for later. Like maybe the night before Thanksgiving?

Prep time for this recipe varies depending on how quickly you work. The most time-consuming process is cutting up the pork and browning it (you can save time if you buy the meat already cubed). Figure on 20 minutes for cutting up the meat, plus at least another 20 for browning it. While you’re browning, you can do much of the other work, so total prep should take you under an hour. Cooking time adds another couple of hours. BTW, you can cut up and brown the meat a day ahead, then proceed with the recipe the following day. 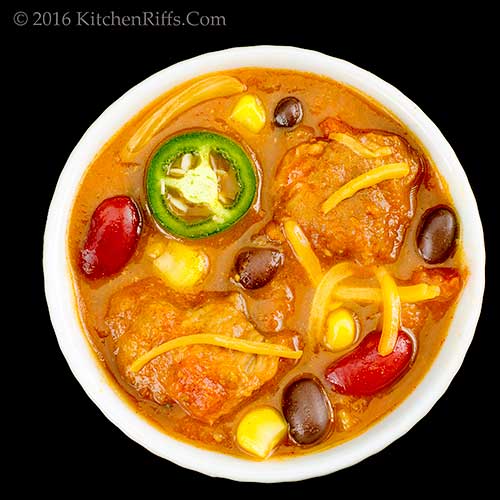 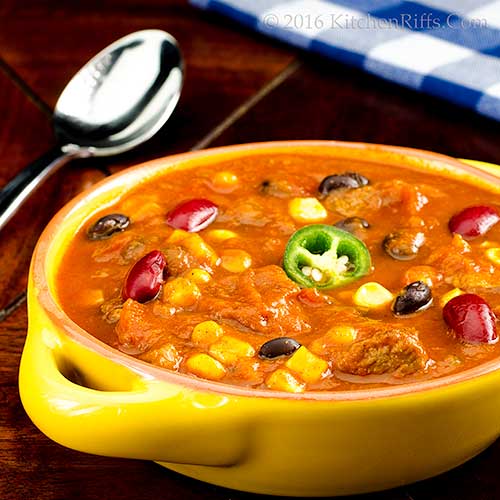 “Yup,” I said. “A light went on in my head when I thought of this recipe.”

“And the bright grin on your face completes the picture,” said Mrs K R.

“You were really jacked up to drop that comment, weren’t you?” I said.