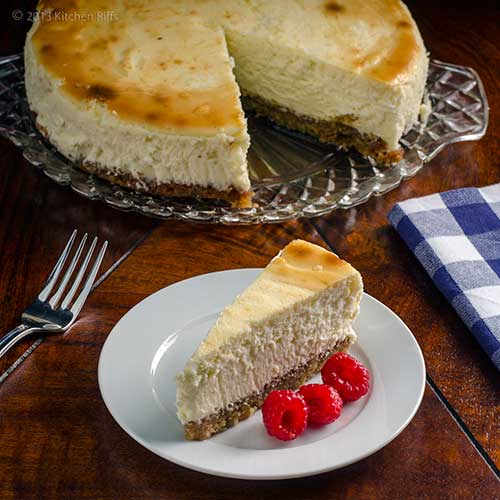 Mascarpone amps up this gluten-free delight

Looking for a dessert that’s a BFD—you know, a big fancy deal? One you can serve to your boss or your fussiest relatives?

Well, your search is over. This mascarpone-driven Lemon Cheesecake with Walnut Crust delivers “Wow!” factor.

It’s the perfect dessert for an important dinner party. That’s because you can (and should) make this dish ahead of time, preferably the day before you intend to serve it. When you’re planning a big dinner, that “make ahead” thing isn’t a bug, it’s a feature: You get dessert out of the way early, so you can obsess over the main course on the day of.

Plus, it will give you plenty of time to anticipate the standing O you’ll receive from your guests when they take their first bite of this tongue pleaser. 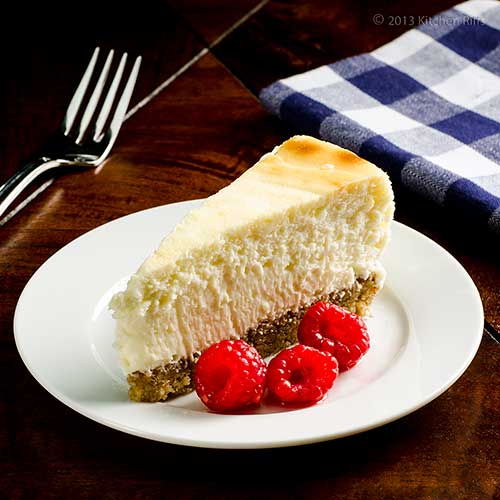 There are 3 major steps to this recipe, none of them difficult. First, you need to make and blind bake the crust (that is, bake it without a filling). Second, you need to mix up the cheesecake filling, add it to the cooled (but still warm) crust, and bake the whole shebang. Third—and important; see Notes—you must let the cheesecake cool, then chill in the refrigerator for several hours before you attempt to remove it from its baking pan and cut it.

Mrs. Kitchen Riffs is the dessert maven in our household, and this is her creation. She adapted it from a March 1999 recipe she found on Epicurious.

This dish is a very rich, so you’ll probably want to cut small slices—it serves 10 to 12.

Leftovers keep for a few days if refrigerated in airtight containers.

For the crust:
For the cheesecake:
Procedure

For the crust:
For the cheesecake: 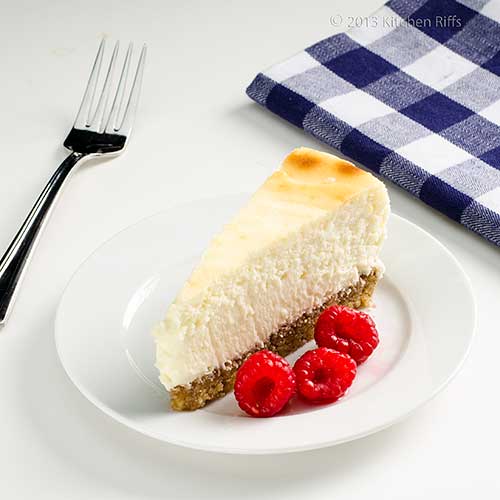 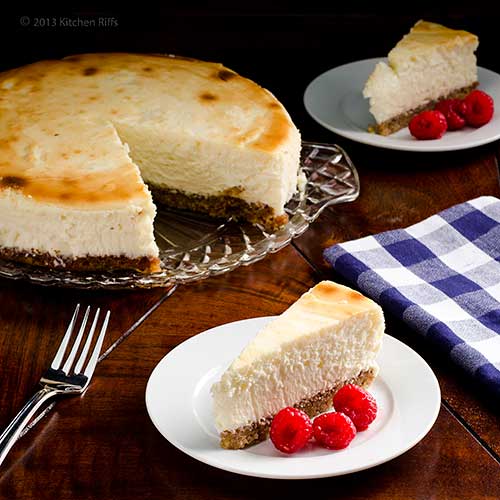 “This cheesecake is so good, I need to yodel,” I said. “No other way to express how great this is!”

“A lot painful is more like it,” I said, forking another bite. “So I’ll just yodel virtually. No need to rile up the neighborhood dogs.”

“Anyway, you know I love lemon. And wow, this delivers terrific lemon flavor. Plus, the walnut crust is out of this world.” I slid my plate across the table. “I’m definitely going to need a second piece.”