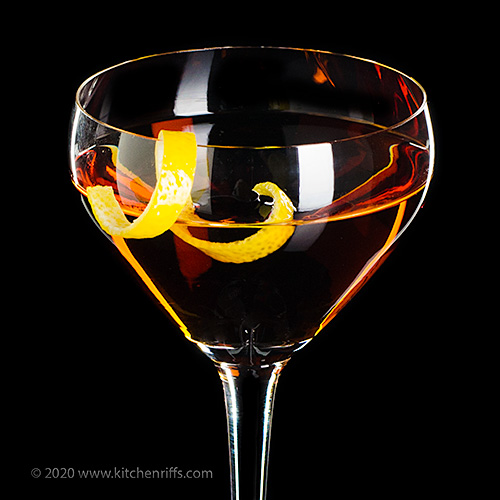 Ready for some retro? The Fin de Siècle will whisk you back to the golden age of cocktails.

But no need to reset your taste buds to 1920. This drink’s complex, bitter-tinged flavor would be right at home on today’s craft cocktail menus.

And you won’t need to use bootleg gin. 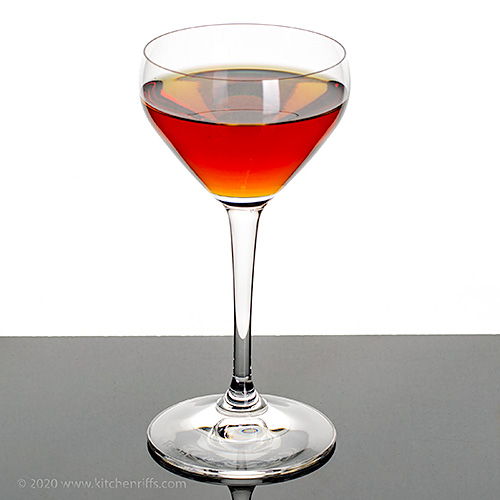 Fin de Siècle means “end of century” in French (the century in question was the 19th). We don’t know how this drink got its name or who invented it. As is the case with many cocktails, its origins are a mystery. But a recipe for it first appeared in print in the Old Waldorf-Astoria Bar Book.

The Fin de Siècle is a variation on the original Martini cocktail (which was made with sweet, not dry, vermouth). The Fin de Siècle adds bitter Picon liqueur to the mix (Picon is often called Amer Picon – “amer” means bitter in French).

Back when the Fin de Siècle became popular, Amer Picon was a fairly common ingredient in cocktails. But it later went off the market – which is probably why the Fin de Siècle fell out of favor (it was difficult to find a Picon substitute for many years). Fortunately, you can now find several excellent Picons (as we discussed in our post on the Brooklyn Cocktail). We like Bigallet China-China Amer, but see our Brooklyn Cocktail post for other choices. 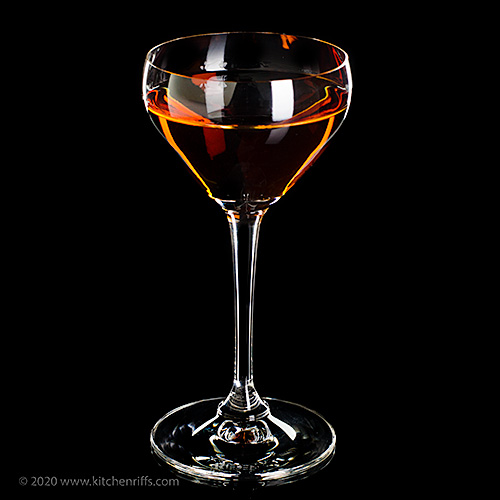 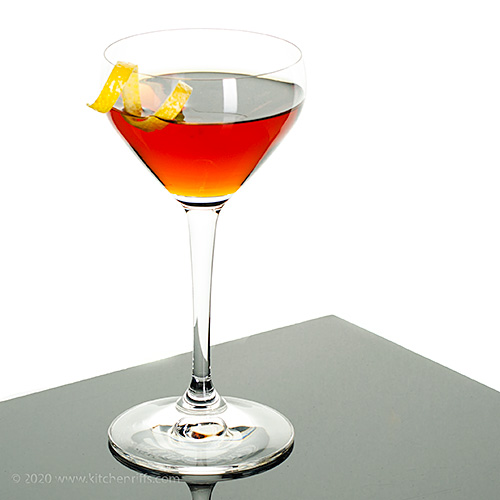 “So that was a long election season,” said Mrs Kitchen Riffs. “Looks like it’s going to be Warren G. Harding in 1920.”

“So it does, my little bearcat,” I said. “It was fun to hear the returns from West Egg on our new wireless.”

Should be another interesting decade. Don’t take any wooden nickels.