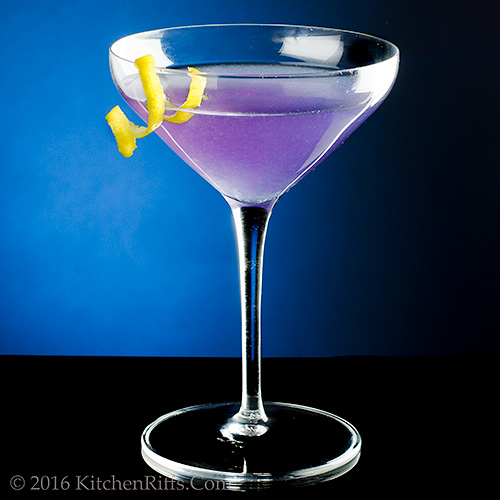 This classic drink has rare flavor

Ready to howl? We’ve got a cocktail for that.

May 21st marks the arrival of a blue moon (more on that later). So let’s celebrate! And what better way to toast the occasion than with the event’s namesake drink?

The aromatic Blue Moon Cocktail has just a hint of sweetness, but not too much. Which makes it a perfect pre-dinner libation.

So reach for the moon. 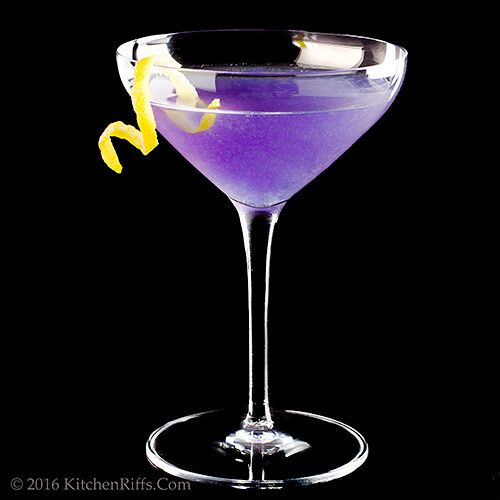 There are several versions of the Blue Moon Cocktail. But the most common iteration contains gin, Crème Yvette or crème de violette, and lemon juice. If you want to be extra fancy, you can add egg white to the mix (it gives the drink a nice, frothy texture).

We like Ted Haigh’s recipe, which we found in his Vintage Spirits and Forgotten Cocktails. His version is the one we use here. 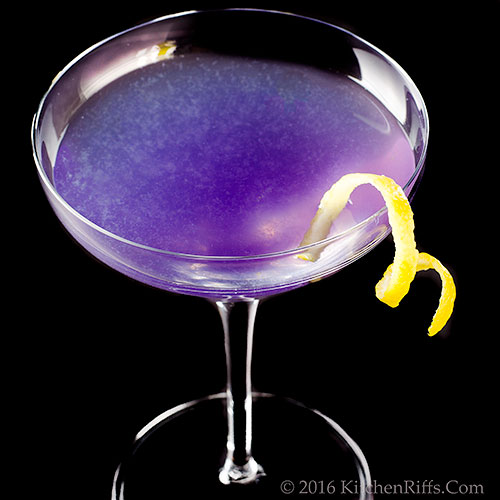 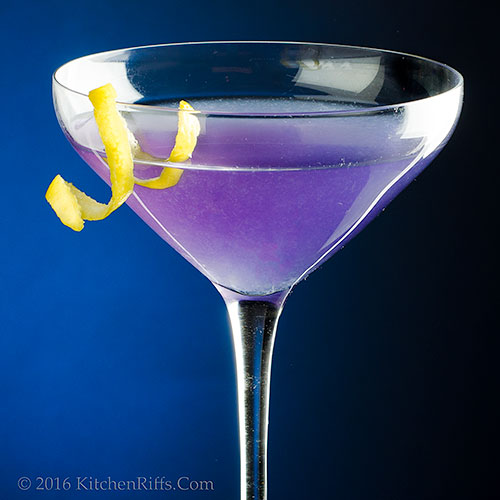 “Lovely,” said Mrs. Kitchen Riffs, taking a sip. “I could moon over this drink.”

“Haven’t had a cocktail this good in many moons,” said Mrs K R.

“Shall we have another?” I said. “Or is that asking for the moon?”

She pushed her glass towards me. “OK, but this one will put us over the moon.”

You may also enjoy reading about:
Aviation Cocktail
Yale Cocktail
The Hearn's Cocktail
Manhattan Cocktail
Algonquin Cocktail
Last Word Cocktail
Cocktail Basics
Or check out the index for more
Posted by Kitchen Riffs at 8:30 AM