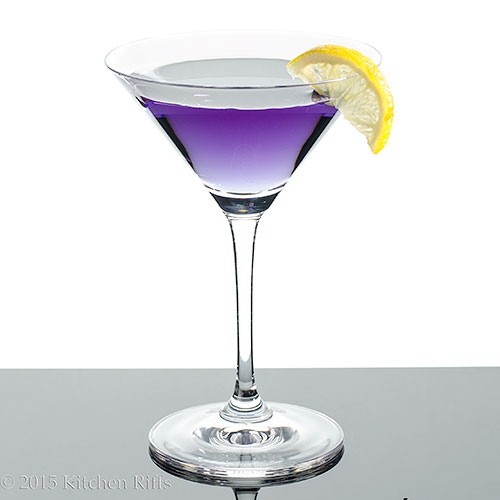 Hints of violet add zest to this aromatic drink

It’s back to school time (again).

Last month we featured The Harvard Cocktail. So it’s only fitting that we now highlight a drink named after Harvard’s great ivy league rival, Yale University.

Especially since November is when many US colleges meet their traditional foes on the football field to decide which school gets bragging rights for the year.

In the spirit of unbiased research, we’ll drink to both sides. 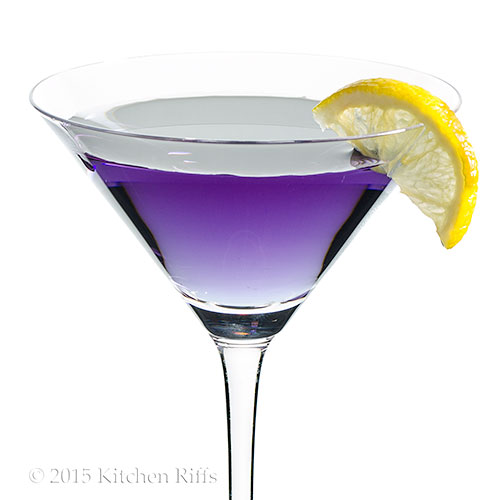 This drink has evolved considerably over the years—and there are numerous recipes. The original (which dates to at least the 1890s) called for nothing but gin and bitters. Then dry vermouth joined in, and the drink became Martini-like.

Over the years, the standard recipe evolved to include Crème Yvette, a violet-flavored liqueur. Yvette had a purplish hue, so the drink evoked Yale’s school color: Blue.

Crème Yvette went out of production during the late 1960s. But crème de violette (also violet-flavored, as the name suggests) made an admirable substitute. Although its flavor isn’t quite as complex as Crème Yvette, it works perfectly in this cocktail.

Now Crème Yvette is back on the market—so you can use either one in this drink. Their flavor is reasonably similar.

But be aware that some distillers produce violet liqueurs with a hue that is more reddish than purple—one that is in fact suspiciously close to crimson, Harvard’s school color. So if you want to be authentic (at least in terms of appearance), search for a brand that looks bluish-purple. BTW, we tested this drink using both a reddish Crème Yvette and a bluish-purple crème de violette. For the pictures that accompany this post, we used the version with crème de violette.

Our favorite recipe for this drink comes from the Yale Alumni Magazine. BTW, they use Crème Yvette for their recipe—and one with a crimson hue, no less. The horror! 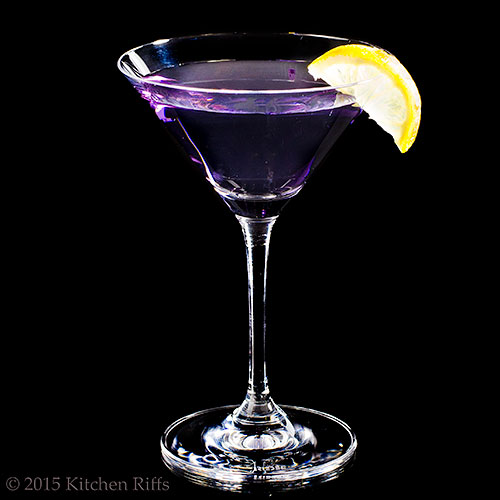 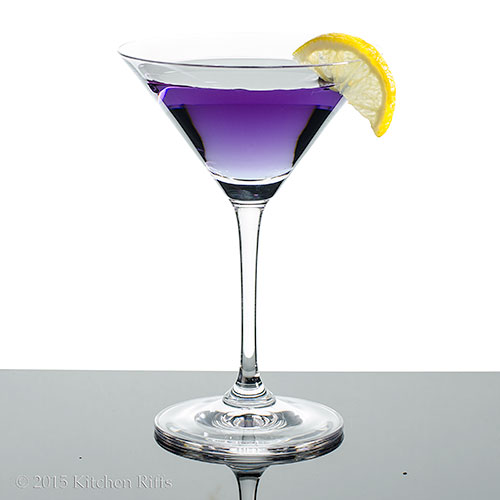 “Mine too,” I said, tasting my bluish-purple tipple. “Let’s trade glasses so you can try it.”

“The color is not quite the true blue of Yale,” I said. “But for drink purposes, close enough.”

“Besides—at least in days past—most of the students at Yale were probably born to the purple,” said Mrs K R.

“True,” I said. “The school has always appealed to blue bloods.”

“So which of these versions do you like better?” asked Mrs K R. “I vote for the one with crème de violette.”

“The one with Crème Yvette is my slight favorite,” I said. “But emphasis on slight. I won’t go purple with rage defending it.”

“I’m sure our cat, Kitty Riffs, would prefer the one with crème de violette,” said Mrs K R. “It’s her favorite color—PURRple.”

“In any case, they both have a bit of a kick,” I said. “So we better limit ourselves to one round.”

You may also enjoy reading about:
Harvard Cocktail
Aviation Cocktail
Opera Cocktail
Bridal Cocktail
Last Word Cocktail
Cocktail Basics
Or check out the index for more
Posted by Kitchen Riffs at 9:15 AM