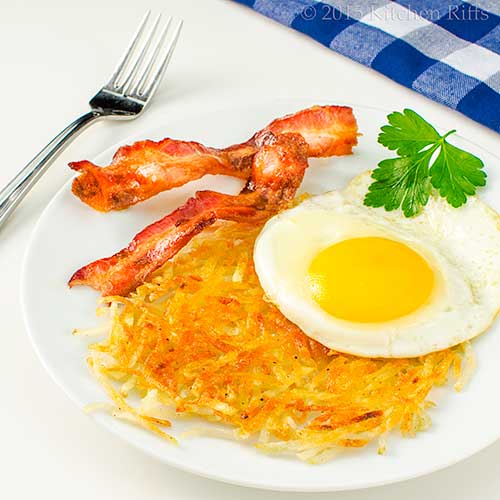 We love breakfast potatoes. And we can eat them any style. But given our druthers, we’ll go for hash browns every time.

We particularly crave the kind of hash browns you can find at any diner. It’s hard to beat those thin, crispy cakes of shredded potatoes. Especially when they’re cooked until both sides are crusty brown.

So serve up these hash browns on Thanksgiving morning (or the day after). And bask in the happy smiles of your guests. 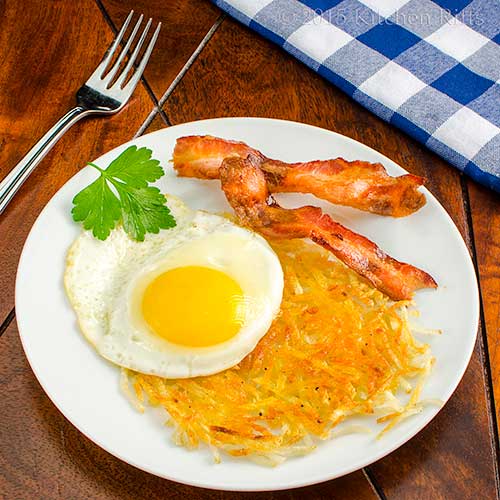 There are just a few secrets for making crispy hash browns. First, choose mature potatoes, preferably russets. Second, immediately after shredding the potatoes, soak them briefly in cold water, then rinse. Third, squeeze-dry them (we use a towel). Finally, cook the shredded spuds in lots of fat (bacon grease and butter are our favorites) until crisp and brown.

You can make hash browns without soaking them (see Notes). But they do turn out better if you soak.

In the recipe below, we suggest measurements for ingredients. But it’s almost impossible to specify exact quantities. After you cook a batch of hash browns or two, you’ll figure out what ingredient quantities suit your needs.

Our recipe yields 2 to 3 servings, but it’s easy to scale up for a crowd. So feel free to double, triple, or whatever.

BTW, if you’re serving a lot of guests, we suggest cooking the hash browns on a griddle or in a large electric skillet (so the cooking surface will provide generous real estate). Because our recipe is for a smaller batch, we use a stovetop skillet. But in the Notes, we provide instructions for using an electric griddle.

Prep time for this recipe is about 10 minutes. Cooking time adds another 10 minutes or so (for each batch). 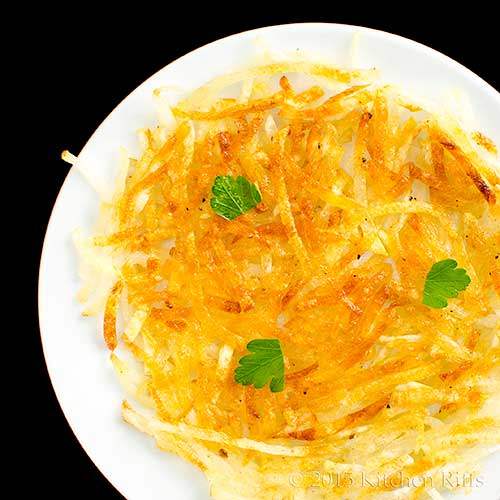 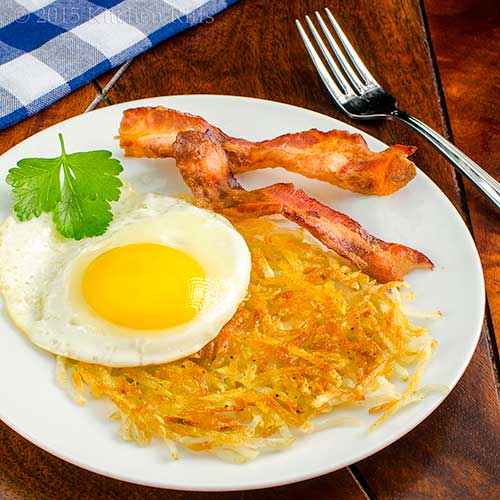 “I actually worked at a hash-house years ago,” I said. “I can cook some mean short-order.”

“We should think of a hashtag for this post,” said Mrs K R.