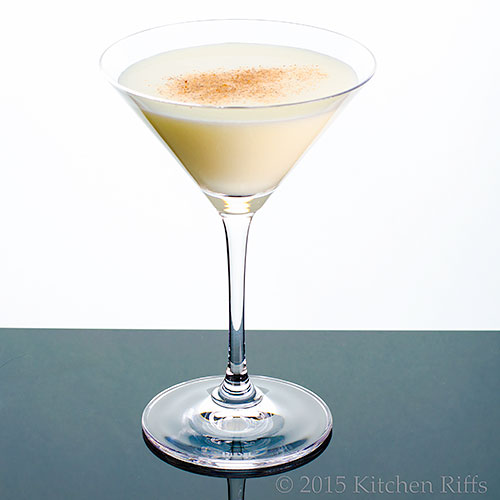 December is here, which means the holiday season is upon us. Time for cookies! And cocktails.

If that combo sounds odd, you need to try the Frostbite Cocktail. This drink is full of rich cream and chocolatey crème de cacao. So it fits right in with holiday baked goodies.

The surprise ingredient in this cocktail is tequila, a tough-guy liquor that few associate with dessert. But in the Frostbite, sweet cream mellows the bite of tequila—and chocolate turns it into Santa’s little helper.

So mix up a round of these for some festive cheer. Then raid the cookie jar. 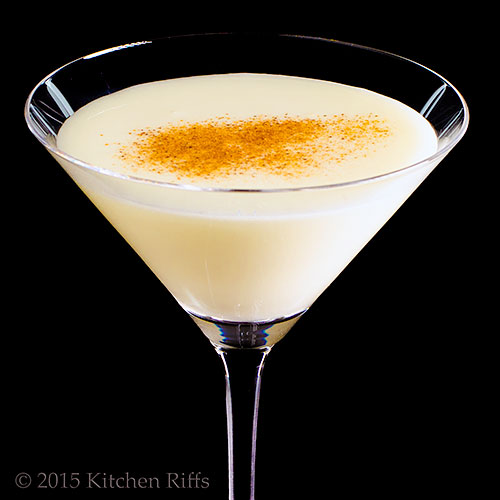 The Frostbite is essentially a tequila version of the Brandy Alexander Cocktail. But the Frostbite’s flavor is a bit sharper and brighter.

We found this drink while reading Robert Hess’s website. So of course we had to try it (and we’re glad we did). 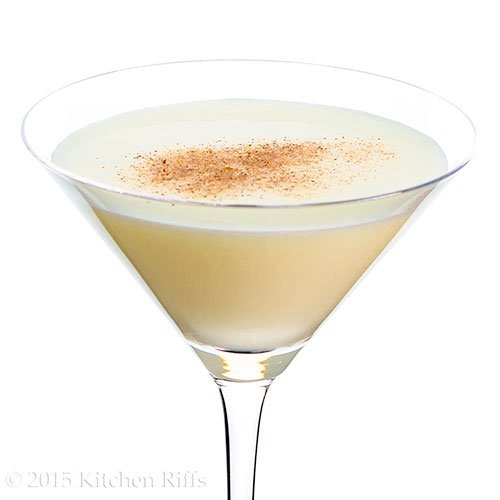 “Almost as smooth as the Brandy Alexander,” I said.

“That one goes down easy,” said Mrs K R. “Though maybe not quite so easy as my favorite tipple—champagne.”

“No worries,” I said. “With the holidays coming, we’ll have plenty of excuses to mix you a classic Champagne Cocktail. Or maybe a Kir Royale, which combines bubbly with crème de cassis. And if you want something stronger, there’s the French 75 Cocktail. That mixes bubbly with gin and lemon juice—very refreshing.”

“They’re all great,” said Mrs K R. “But remember the cocktail we put out for Santa last year—the Milk Punch? That was a charmer. Though maybe this time Ol’ Saint Nick would enjoy a glass of our Eggnog.”

“We should decorate our table with holiday color too,” I said. “So maybe we could mix up a Grasshopper Cocktail, which has a lovely green hue. It tastes like an after-dinner chocolate mint.”

“Yup,” said Mrs Kitchen Riffs. “That one uses uses crème de menthe. As does the Stinger.”

“And if the Frostbite doesn’t satisfy our hankering for heavy cream, we could make a Smith and Curran—which also includes crème de cacao. Or a White Russian, which adds vodka and coffee liqueur.”

“So many drinks,” sighed Mrs K R. “Good thing the winter holidays last through New Year’s Day. We’ve got a lot of mixing to do.”