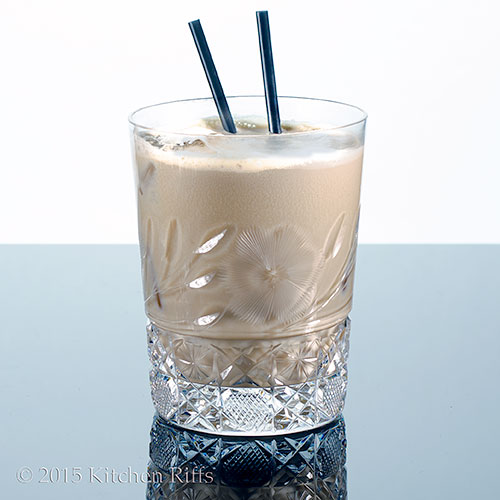 Anyone who’s seen The Big Lebowski has heard about the White Russian Cocktail. The key character in that movie—a slacker known as The Dude—drinks them often. In fact, sometimes White Russians seem to provide 100% of his daily calories.

It’s not hard to see why. With its mix of vodka, Kahlúa, and sweet cream, the drink tastes like boozy ice cream. One sip, and you’ll agree: This drink abides. 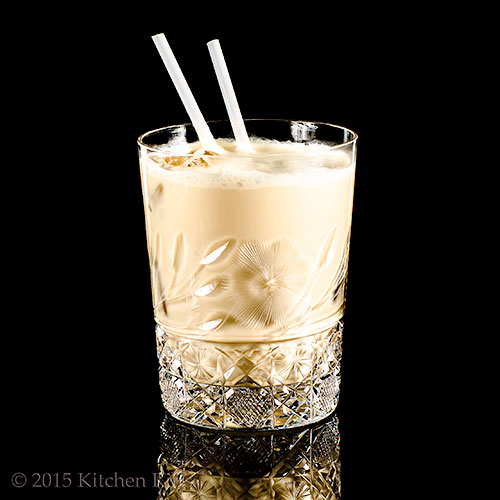 Although vodka is now the most popular spirit in the US, it wasn’t always this way. Before the late 1950s, most drinkers in the US never consumed vodka. And it wasn’t until the 1970s that vodka’s popularity really started to take off. So many of the drinks that call for vodka are of fairly recent origin—including the White Russian. No one is quite sure when (or where) the drink was invented, but it probably dates back to the mid-1960s (or perhaps a few years before).

This drink calls for 2 parts vodka to 1 part each Kahlúa and heavy cream. It’s usually served over ice in a rocks (Old-Fashioned) glass. But if you prefer, you can serve it “up” in a cocktail glass. 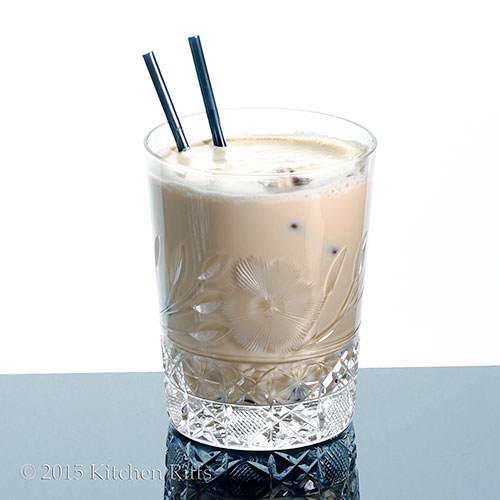 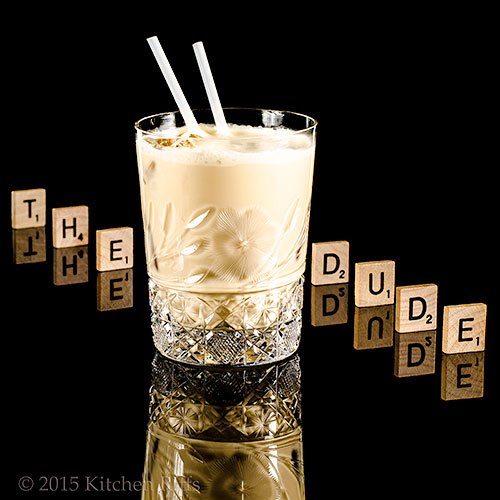 “Did you know there’s an annual Lebowski Fest”? asked Mrs. Kitchen Riffs. “This year it’s being held in Los Angeles on March 13th and 14th.”

“As a matter of fact, I did know that,” I said. “The attendees call themselves ‘Achievers.’”

“I think that’s supposed to be like, ironic,” said Mrs K R, using her best Dudespeak.

“Yeah, since they spend their time drinking White Russians,” I said. “And hanging out.”

“They bowl, too,” said Mrs K R. “In fact, part of the event takes place in a bowling alley.”

“And of course they watch the movie,” I said.

“Sounds heavy,” said Mrs K R. “I may need another White Russian to deal with it.”

You may also enjoy reading about:
Smith and Curran Cocktail
Milk Punch Cocktail
Eggnog
Brandy Alexander
Grasshopper Cocktail
Twentieth Century Cocktail
Cocktail Basics
Or check out the index for more
Posted by Kitchen Riffs at 9:15 AM