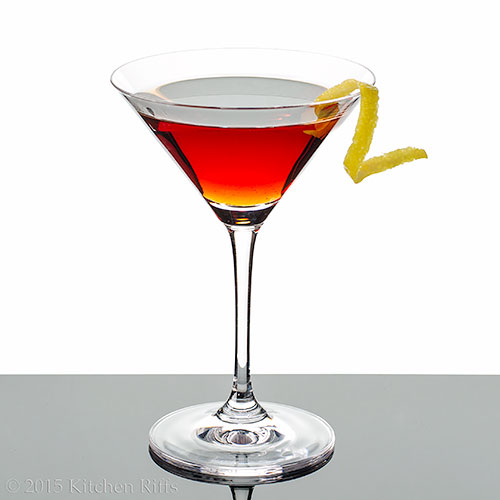 This Ivy Leaguer is top of its class

We’re back from vacation. We had a swell time, and did loads of fun stuff. Including a visit to Boston and Cape Cod (more on that later).

Boston is chock-full of colleges and universities. One of the best known is Harvard, an institution of diverse accomplishments—including having a cocktail named after it.

The Harvard Cocktail contains brandy, which we find rather warming. So it’s perfect for the cool autumn weather we’re beginning to enjoy in our part of the US.

To celebrate our trip to Boston, we’re featuring Harvard’s namesake drink in today’s post. Travel is so educational. 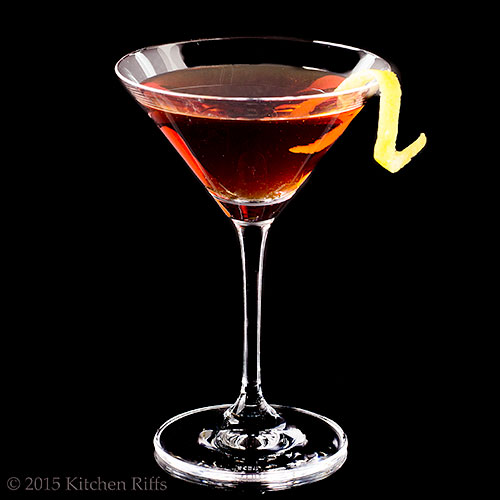 This drink dates back to 1895. It’s similar to a Manhattan Cocktail, but it uses brandy (or cognac) instead of the whiskey that’s traditional in a Manhattan. And it eliminates the maraschino cherry garnish. More notably, the Harvard Cocktail is topped with about an ounce of fizzy water—something you’d never use in a Manhattan. It all adds up to a great-tasting drink that works particularly well before dinner.

The original version of this drink was probably made with equal measures of brandy and Italian (red) vermouth. We prefer a bit more brandy in ours, and so we use a recipe perfected by cocktail historian extraordinaire David Wondrich. (We discuss other interesting variations in the Notes.) 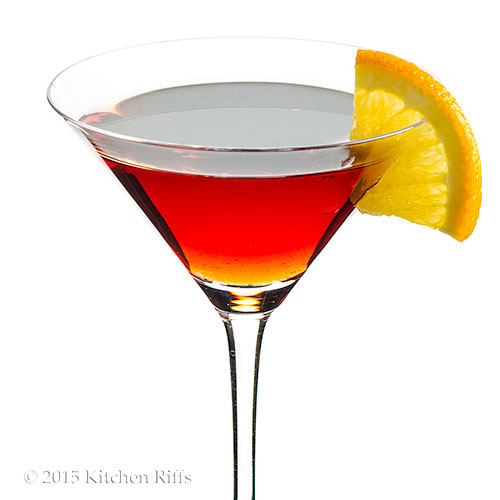 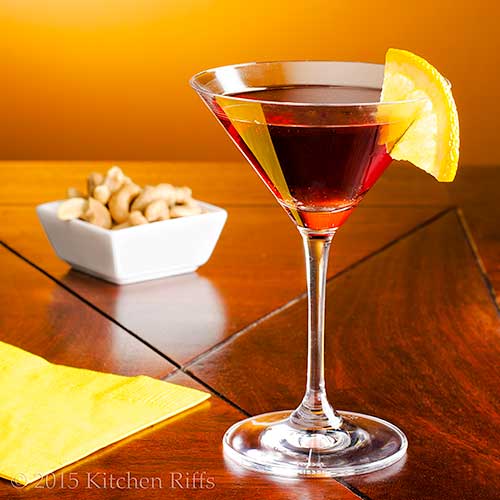 “Terrific drink,” said Mrs. Kitchen Riffs. “Really old school. And what a nice reminder of our trip to Boston.”

“It belongs on the honor roll,” I agreed. “It was great to visit Boston again. I’d forgotten what a wonderful walking city it is. And so many good restaurants!”

“Definitely a city that makes the grade,” said Mrs K R. “And Cape Cod was so much fun!”

“Staying in Provincetown was definitely an A+ move,” I said. “Loads of good meals and drinks there, too. Though oddly enough, we never had a Cape Codder Cocktail while we were visiting.”

“That’s because we were playing hooky from the blog,” said Mrs K R. “But now it’s time to buckle down and brainstorm some ideas for new posts.”

“No problem,” I said. “We don’t even need to crack a book. We had loads of great Italian meals in Boston, so maybe we should do a few Italian dishes this month.”

Yup. No ivory tower for us.