Wake up to a party in a glass

This is the season for celebratory brunches, too: Graduations, weddings, Father’s Day, whatever. And you need something for your thirsty guests to drink—something that can stand up to the robust flavors of brunch dishes.

May we suggest the Golden Dawn Cocktail? It contains orange juice, so it shouts “brunch.” It’s also a tad sweet, which means it will pair well with spicy breakfast sausages, savory omelets, and just about any other brunch food.

Plus, it’s a great looking drink. So you know it will be the life of the party. 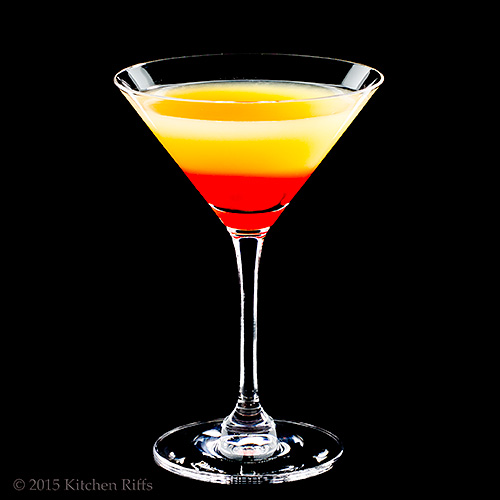 The Golden Dawn was invented in 1930 by Tom Buttery, head bartender at the Berkeley Hotel in London. It went on to win an international cocktail competition that same year.

Despite its award-winning origins, it’s not a drink you see much these days. Probably because it’s a bit sweet—too sweet for a before-dinner drink, in our view. But it works perfectly with brunch. Or as a dessert drink.

Over time, several versions of this drink have emerged. We prefer the one Ted Haigh details in his Vintage Spirits and Forgotten Cocktails, and that’s the recipe you’ll find here.

Some versions of this drink leave out Cointreau. Omitting it results in a less sweet drink, but one that’s not as well balanced, in our opinion. So for us, Cointreau is a must. 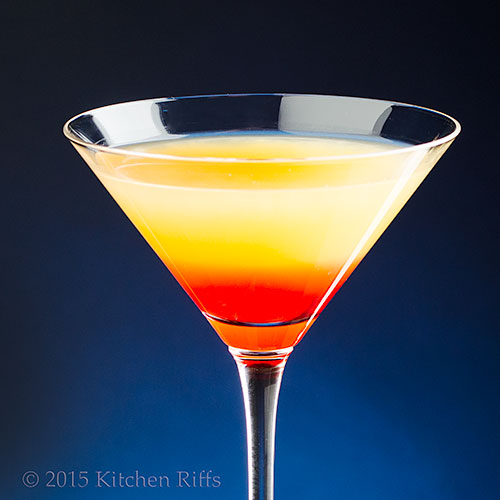 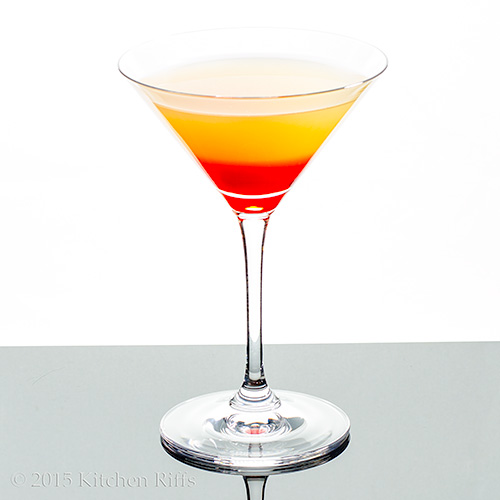 “Winner!” said Mrs. Kitchen Riffs, taking a sip of her Golden Dawn. “Though normally I don’t like sweet drinks.”

“Agreed,” I said. “I wasn’t sure I’d like Cointreau in this cocktail. But it balances the drink nicely.”

“So on balance, this version is sweeter,” I said.

“But not cloying,” said Mrs K R. “Because the other flavors keep it from being thrown off balance.”

“Nothing worse than an unbalanced drink,” I said.

“Though when it comes to being unbalanced, we’re experts,” said Mrs K R, hoisting her glass.

I lifted mine for a clink. Didn’t want to leave her hanging in the balance.